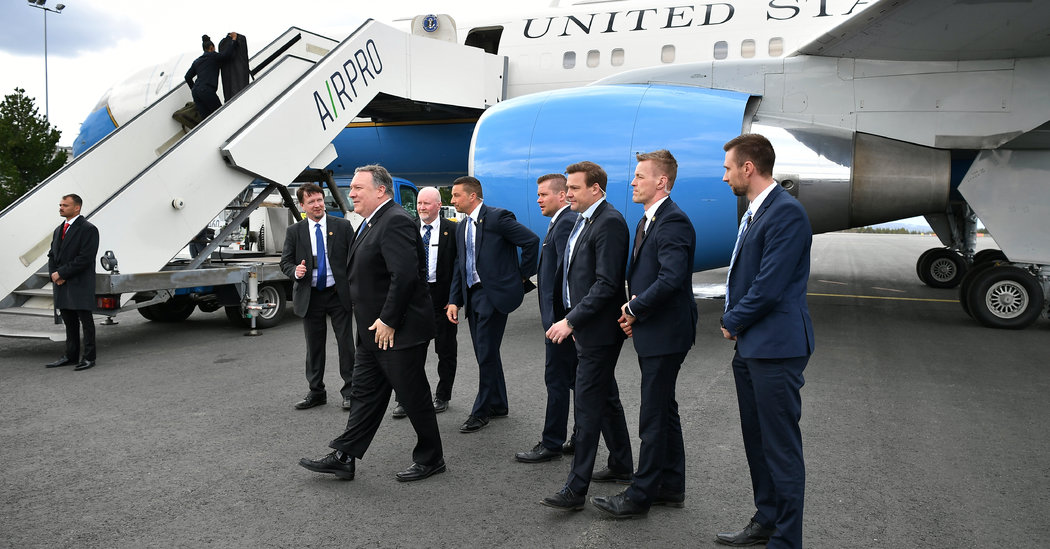 Secretary of State Mike Pompeo abruptly canceled his first official trip to Berlin, where he was scheduled to meet on Tuesday with Chancellor Angela Merkel and her foreign minister, for what were described as “pressing” but undefined reasons.

“Unfortunately, we must reschedule the Berlin meetings,” Morgan Ortagus, a State Department spokeswoman, said in a statement. She added that the “important set of meetings” would be rescheduled.

Mr. Pompeo had been set to meet with Ms. Merkel and Heiko Maas, the foreign minister, to discuss Ukraine, Russia, China, Syria, the Western Balkans and other issues of mutual interest, according to a schedule released by the State Department last week.

Mr. Pompeo spoke on Monday at a meeting of the Arctic Council in Finland, where he delivered a sharp warning to Russia and China about potential intervention in the region. It was not clear whether the developments on Tuesday would affect the rest of his four-day trip to Europe.

He had been scheduled to travel to Berlin on Tuesday before continuing on to London on Wednesday to meet with Prime Minister Theresa May and to deliver a speech on the United States’ relationship with Britain. Mr. Pompeo was then to travel to Greenland on Thursday to meet with leaders there.

Separately, state-run news outlets in Russia reported on Tuesday that Mr. Pompeo would head to Russia next week for talks with the country’s foreign minister, Sergei V. Lavrov, in the Black Sea city of Sochi. The news reports also said there was a possibility that Mr. Pompeo might also meet with President Vladimir V. Putin.