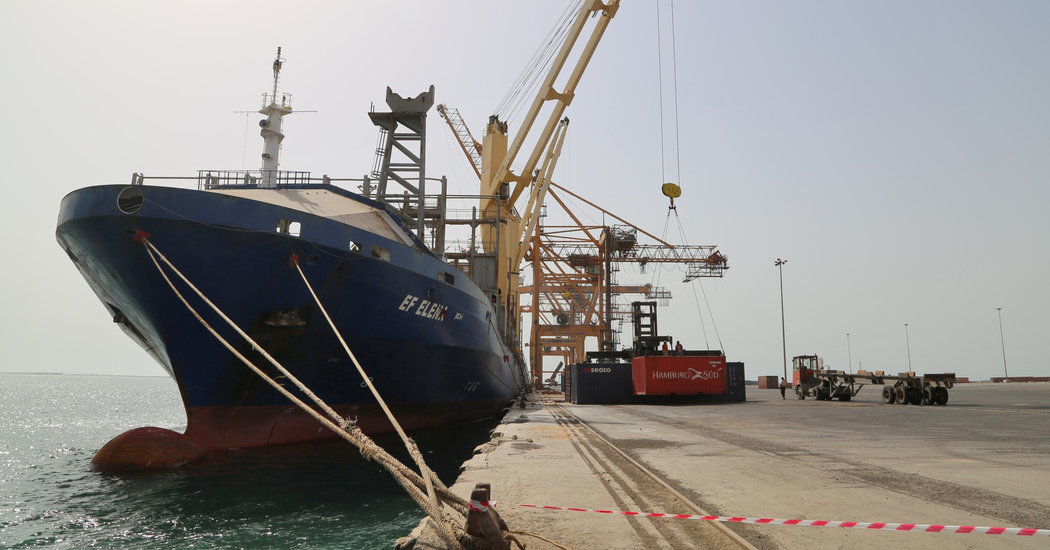 The fighting breached a cease-fire and is likely to complicate a troop withdrawal agreement intended to pave the way for wider peace talks aimed at ending the four-year war, which is seen as part of a wider regional conflict between Saudi Arabia and the Iran-backed Houthi.

Tens of thousands of people have been killed, many of them civilians, and aid agencies say the humanitarian crisis is the worst in the world.

As the main entry point for food imports and aid, Hodeidah, which has been under Houthi control, is a lifeline for millions of Yemenis threatened by starvation because of the war.

The Houthi began withdrawing from Hodeidah and two other Red Sea ports on Saturday, in the most significant advance yet of efforts to end the war.

But both sides reported renewed clashes on Wednesday, a day after the Houthi claimed responsibility for a drone attack that Saudi Arabia said had hit two of its oil pumping stations.

Houthi-run media said government forces hit various parts of Hodeidah, including the airport, with heavy and medium weapons. It did not say if they were Yemeni troops or members of the Sunni Muslim coalition, which backs President Abd Rabbu Mansour Hadi’s Aden-based government.

Coalition-backed forces said in a report on Wednesday that they had foiled an attempt by Houthi fighters to infiltrate Hodeidah and the al-Duraihmi area to its south.

The coalition, which receives weapons and other support from the West, intervened in Yemen in March 2015 after the Houthi movement ousted Mr. Hadi from the capital, Sanaa.

Although the Saudi-led military coalition will “retaliate hard” for any Houthi attacks on coalition targets, it remains committed to the Hodeidah peace deal, reached during talks in Stockholm in December, said Anwar Gargash, a senior official from the United Arab Emirates, which is part of the coalition.

“Despite the Houthi action we are there to support the process, we are there to make sure that the Houthi pullout of Hodeidah is real and that the U.N. can monitor it,” Mr. Gargash, the U.A.E. foreign affairs minister, told reporters in Dubai. “This is our best opportunity.”

Martin Griffiths, the United Nations envoy to Yemen, called on the Security Council on Wednesday to urge the warring parties to quickly put in place the remaining actions agreed to during the Stockholm talks.

Mr. Griffiths told the Council he was still seeking a deal between the parties to have local forces assume responsibility for security in the area.

Jonathan Cohen, the acting United States ambassador to the United Nations, said the Council should consider how to hold parties responsible if they did not implement the Stockholm agreement.