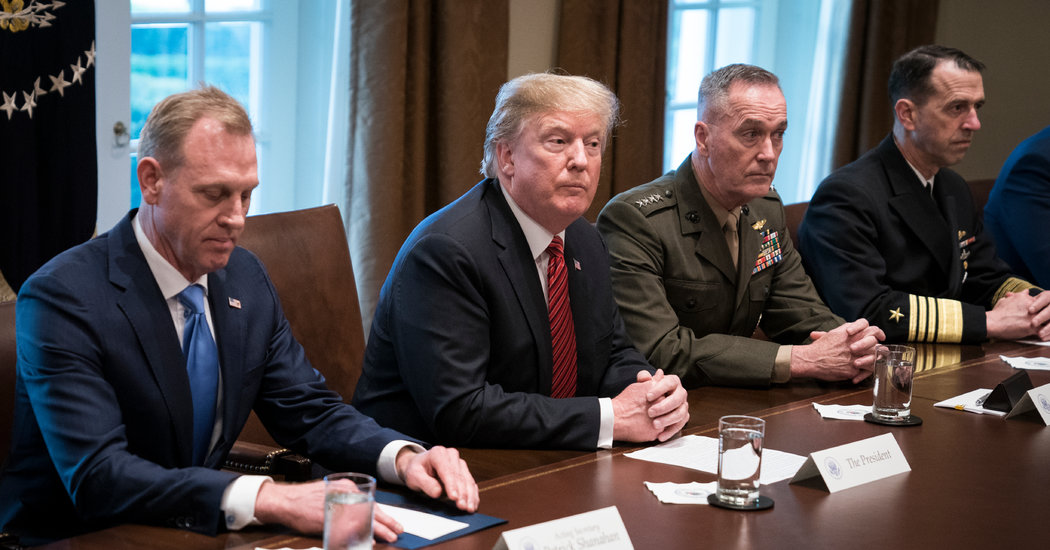 WASHINGTON — Iran has unloaded missiles from at least two small boats in its territorial waters in what two American officials said on Friday was a sign of easing tensions in the brewing confrontation between Washington and Tehran.

In recent days, American officials have described satellite photographs showing fully assembled missiles being loaded onto multiple boats in multiple Iranian ports. The pictures were cited as evidence for concern that the Islamic Revolutionary Guards Corps was targeting United States naval ships in the Persian Gulf and nearby waters.

Additional pieces of intelligence picked up threats against commercial shipping and potential attacks by Shiite militias with Iranian ties against American troops in Iraq, officials have said.

But over the past two days, Iranian forces removed the missiles from two of the boats, according to a Defense Department official and a congressional official. The boats, called dhows, had sailed between the Iranian ports of Jask and Chabahar in the Gulf of Oman, the officials said.

It is unclear how many other missile-laden Iranian vessels are sailing in Iranian waters.

But the unloading of the missiles on the two small boats, coupled with the unhindered passage through the strategically important Strait of Hormuz on Thursday of two Navy destroyers, the U.S.S. McFaul and the U.S.S. Gonzalez, prompted some officials to claim that a recent show of United States firepower may have deterred the threat of Iranian attacks on American forces.

Communications between the Revolutionary Guards Corps and the Shiite militias in Iraq also seem to have slowed — but have not stopped altogether, said the two officials, who spoke on the condition of anonymity to describe parts of the confidential information.

This week, Mr. Trump told the acting defense secretary, Patrick Shanahan, that he did not want to go to war with Iran.

Even so, the confrontation is far from entirely defused. Lloyd’s of London, the international insurance company, announced on Friday that it would raise insurance rates for the entire Persian Gulf, a move it made in response to attacks on four oil tankers on May 13.

And military officials said they expected the Pentagon’s Central Command in the coming weeks to request more air and naval forces in the Middle East — more to bulk up its deterrent force, and avert future showdowns, than to deal with the current tensions.

The entire House will be briefed on the Iran intelligence in a lawmakers-only forum next Tuesday in a secure auditorium. Nearly all of the Trump administration’s top national security officials will lead the discussion, including Mr. Pompeo, Mr. Shanahan and Gen. Joseph F. Dunford Jr., the chairman of the Joint Chiefs of Staff.

Notably absent from that list, as announced by House Democrats, was John R. Bolton, the White House national security adviser — who has taken perhaps the most hard-line approach to Iran policy among Mr. Trump’s top aides.

After Friday’s closed-door briefing with Pentagon and intelligence officials, some House Democrats acknowledged that the threat from Iran was serious. But without going into the details of the classified assessment, they voiced concern that the Trump administration’s intensifying pressure campaign against the Iranians could still tip into open conflict.

“I have very little confidence in this administration’s ability to de-escalate this conflict,” Representative Jason Crow, Democrat of Colorado and a former Army Ranger who served in Iraq, said in a telephone interview.

But some House Republicans supported the administration’s handling of the confrontation, praising the White House’s decision to accelerate the aircraft carrier Abraham Lincoln’s sailing to the gulf region, and deploy B-52 bombers to a major air base in Qatar.

“I’m comfortable the intelligence warranted the administration’s response to both protect our troops overseas and send a strong signal to the Iranians that, unlike in the past, there would be serious consequences for harming Americans or its allies,” said Representative Michael Waltz, Republican of Florida and a former Army Green Beret.