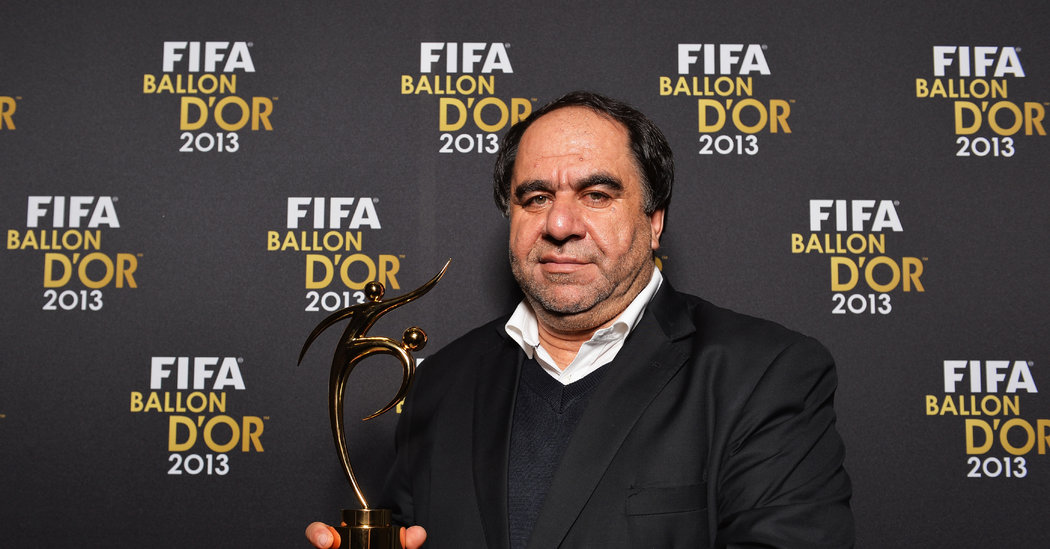 KABUL, Afghanistan — Afghan officials issued an arrest warrant on Sunday for the powerful head of the nation’s soccer federation, Keramuddin Keram, on criminal charges accusing him of sexually abusing female soccer players, a day after FIFA barred him from the sport for life.

Mr. Keram would be the world’s most senior soccer official to be criminally charged with abusing female players. But it was not immediately clear if the Afghan police would be able to arrest Mr. Keram, a former warlord with many armed followers who previously refused to leave office even though the government had suspended him.

Nasrat Rahimi, spokesman for the Ministry of the Interior, said Mr. Karim would be arrested soon. “We will take action against him,” Mr. Rahimi said.

Mr. Keram is just one of many officials worldwide facing accusations of sexual harassment and rape after a series of scandals broke into the open while the Women’s World Cup is underway in France. Court proceedings were underway against three other Afghan soccer officials on sexual abuse charges, but they are cooperating and have not been arrested, according to Jamshid Rasooli, spokesman for the attorney general’s office.

And officials from five countries on four continents have been accused of abusing female players in their charge; among the accused is Ahmad Ahmad, a vice president of FIFA, the scandal-plagued governing body of world soccer. Mr. Ahmad has denied all charges.

A former Afghan women’s soccer player, who recently fled overseas, was critical of FIFA for not penalizing other Afghan federation officials. She said the system was “corrupt” and added that if FIFA wanted to bring justice, “it should punish all of them.” The woman spoke on condition of anonymity because she was fearful for the safety of family members still living in Afghanistan.

After more than a year of investigating abuse charges against Mr. Keram, made privately and publicly by numerous Afghan players, FIFA on Saturday announced a lifetime ban against Mr. Keram for having “abused his position and sexually abused various female players, in violation of the FIFA Code of Ethics.”

FIFA also fined Mr. Keram one million Swiss francs, about $1 million. The organization is unlikely to have any means of collecting such a fine from Mr. Keram in war-torn Afghanistan.

Mr. Rasooli said the timing of the Afghan arrest warrant had nothing to do with FIFA’s action the day before.

The charges are an ugly litany of alleged abuse: Players accused him of trapping them in a locked inner office, where the door could be opened only with his fingerprint, and of raping and sexually abusing them there.

Women who resisted or complained were branded as lesbians, a crime in Afghanistan, and dismissed from the national team, several players said. Some of the women said that when the charges became public, he threatened them and their families with violence if they continued their complaints. Some fled the country. The attorney general’s investigation was stalled for months as investigators struggled to get visas to interview witnesses who had left for Europe.

President Ashraf Ghani of Afghanistan has vowed to see justice done in the case. But Mr. Keram has powerful allies among opposition figures in Mr. Ghani’s shaky coalition government. The soccer chief is a member of the Islamic Group, the dominant party among Mr. Ghani’s political opponents. A previous governor of Panjshir Province, Mr. Keram has a long history as a jihadi warlord but no known sports experience before his involvement with the soccer federation.

Other claims of abuse or inappropriate conduct have emerged in Canada, Colombia, Ecuador and Gabon. Mr. Ahmad, one of the vice presidents of FIFA, faces accusations of sexual harassment from several women who worked with him in his role as the head of African soccer’s governing body. Mr. Ahmad says the allegations are lies spread by disgruntled former employees.