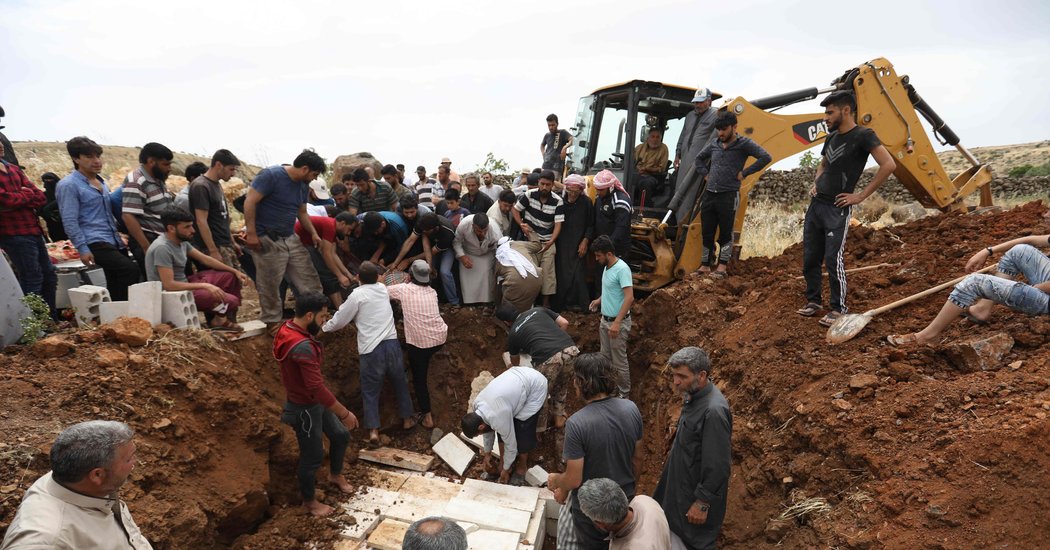 BEIRUT, Lebanon — A cease-fire negotiated between Syrian rebels and government forces in the country’s war-battered northwest was interrupted on Thursday by intermittent bombing and shelling in Idlib Province, the country’s last piece of rebel-held territory.

Russia and Turkey, two of the dominant foreign powers in the area, had negotiated what Russian state news agencies said was a cease-fire between the groups. It took effect on Wednesday, briefly ending more than six weeks of fighting, bombing and shelling as the Syrian government moved to reclaim parts of the northwest.

The terms of the cease-fire remained unclear, and neither Turkey nor Russia said how long it was supposed to last.

While Syrian residents of Idlib and the surrounding countryside said the airstrikes and shelling that had hounded them day and night had quieted considerably overnight, shelling on the neighboring Hama area breached the cease-fire overnight, residents said.

On Thursday morning, the Turkish Defense Ministry said Syrian government forces had attacked a Turkish military observation post in Idlib, shelling it 35 times. In a statement posted on Twitter, the ministry said the shelling was “considered deliberate.”

And Russia’s Ministry of Defense announced on Thursday that Russian jets had bombed terrorists in Idlib four times after the Turkish military outpost was shelled.

Still, the Syrian Observatory for Human Rights, the Britain-based war monitor, said that pro-government airstrikes on Idlib and Hama, which destroyed many hospitals, schools and homes in the pro-government offensive, had stopped by Thursday morning. But residents of Idlib and Hama said they had seen aircraft hovering in the skies.

The government offensive to retake Idlib, one of the last areas of Syria outside the control of President Bashar al-Assad after eight years of civil war, has displaced hundreds of thousands of people from their homes, killed hundreds of civilians and made it nearly impossible for people there to find shelter or medical care.

Idlib is home to about three million people, mostly civilians, including some who came to the province as a last resort after refusing to surrender to the government in their own regions. The population also includes a mix of extremist and more moderate rebel groups.

Turkey maintains some control over much of Syria’s northwest, with military outposts in Idlib, and a de-escalation deal between with Russia had kept the Syrian government from invading the area until recently. But Turkey had not ousted a rebel group with ties to Al Qaeda that dominates Idlib, Hayat Tahrir al-Sham, as the deal stipulated, and Russia was apparently no longer willing to restrain pro-government forces.