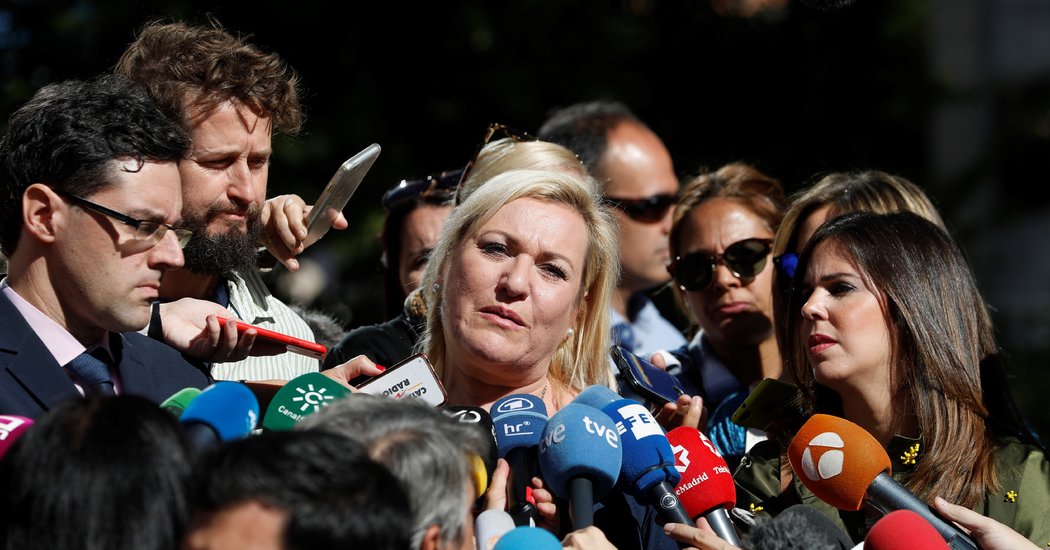 MADRID — The Spanish woman at the heart of a nationwide scandal involving babies who were stolen and trafficked over a four-decade period said on Thursday that she had discovered she was the victim of an illegal adoption rather than an abduction.

Almost a decade ago, Inés Madrigal became the first person to be recognized by a Spanish court as having been a “stolen baby,” taken by traffickers. Her courtroom victory prompted many other people to start lawsuits in search of their biological mothers, in the belief that they, too, had been stolen at birth.

But at a news conference on Thursday, Ms. Madrigal said that she had established that her biological mother had given her up for adoption with the help of a doctor who falsified the documentation.

Ms. Madrigal, now 50, said she had used a DNA databank to track down a biological cousin in the United States and then reunite with several previously unknown biological siblings, who told her about the adoption.

The revelation meant that Ms. Madrigal was not abducted at birth — as she had believed and argued in a lawsuit — as part of a countrywide trafficking business in which doctors, nurses and nuns took part in the abduction and sale of infants.

Some people, with the help of nongovernmental associations, have gained permission from the authorities dig up graves to check for bones of infants thought to have been taken away from their mothers without their consent.

The cases of disappeared infants stretched from about 1950 to 1990, beginning during the dictatorship of Gen. Francisco Franco and continuing well after his death, in 1975, and into Spain’s return to democracy.

The practice may have begun, experts say, as political retaliation for leftist families who opposed Franco’s dictatorship, and then turned into a criminal network in which doctors and nurses were paid by traffickers to help steal infants from their mothers.

Several investigations into cases have found that the mothers were told that their babies had died during or shortly after delivery, and that the infants had been buried while the mothers recovered in the hospital.

Spanish judges have received hundreds of charges that infants were abducted and sold for adoption.

Last year, a court found that Eduardo Vela, a former gynecologist who was accused by Ms. Madrigal of abducting her from a Madrid hospital in 1969, had played a role in the case. But because the charges against him fell under a 10-year statute of limitations, he was not convicted.

In many of the lawsuits filed by people who believe they were abducted as infants, Spanish judges have refused to even start a trial because the charges are covered by the statute of limitations. Some lawyers working on the cases have pushed for a special statute of limitations to be adopted, given the scale of the scandal.

Antonio Barroso, the president of Anadir, an association formed to represent people searching for missing children or parents, said that Ms. Madrigal was still a victim of a serious crime — illegal adoption — facilitated by a doctor who forged documents. He said that each case should be analyzed separately, and that Ms. Madrigal’s situation “tells us nothing about the others” except that Spain had also experienced “a giant scam” involving babies.

On Thursday, Ms. Madrigal said her long DNA search had finally allowed her to “complete the puzzle that is my life” by working out the identity of her biological family. She said that her biological mother died in 2013, at 73, and that she had met her four biological siblings.

After Ms. Madrigal’s announcement, the public prosecutor’s office announced that her case would no longer be considered a theft. Ms. Madrigal, who had sought to appeal the decision not to convict the gynecologist, said that although he should no longer be punished on that charge, he had treated her “like a puppy” by failing to register her with her mother at birth.