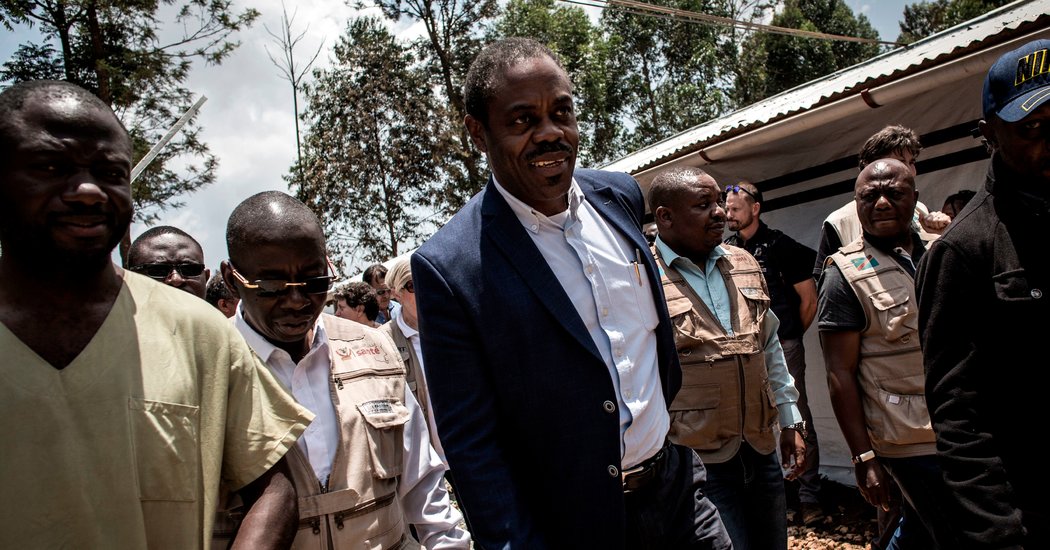 The minister, Dr. Oly Ilunga, had overseen the nearly year-old response to what is the second-deadliest Ebola outbreak in history. It has killed more than 1,700 and been declared an international health emergency by the World Health Organization.

In his resignation letter, the minister criticized what he described as pressure by unidentified “actors” to deploy the second vaccine, manufactured by Johnson & Johnson and supported by the W.H.O.

The second vaccine has yet to be used in the Congolese outbreak because of Dr. Ilunga’s objections. It is designed to complement a Merck treatment that has been given to 170,000 people and proved effective.

Dr. Ilunga has said the Johnson & Johnson vaccine has not been proved effective and that deploying a second one would confuse people in the afflicted region of eastern Congo, where health workers are struggling to overcome widespread misinformation about the Ebola as well as sporadic hostility.

Johnson and Johnson says the vaccine has been tested on more than 6,000 volunteers and raised no particular safety concerns.

The W.H.O. and other international donors including the medical charity Doctors Without Borders have publicly supported using the second vaccine.

A W.H.O. spokesman said the organization was grateful for Dr. Ilunga’s leadership and looked forward to “working closely with the new coordination team as we have with the previous one.”

Last week, the W.H.O. declared the outbreak an international emergency, a rare designation aimed at galvanizing global support as Ebola threatens to gain a foothold in neighboring Rwanda and Uganda.