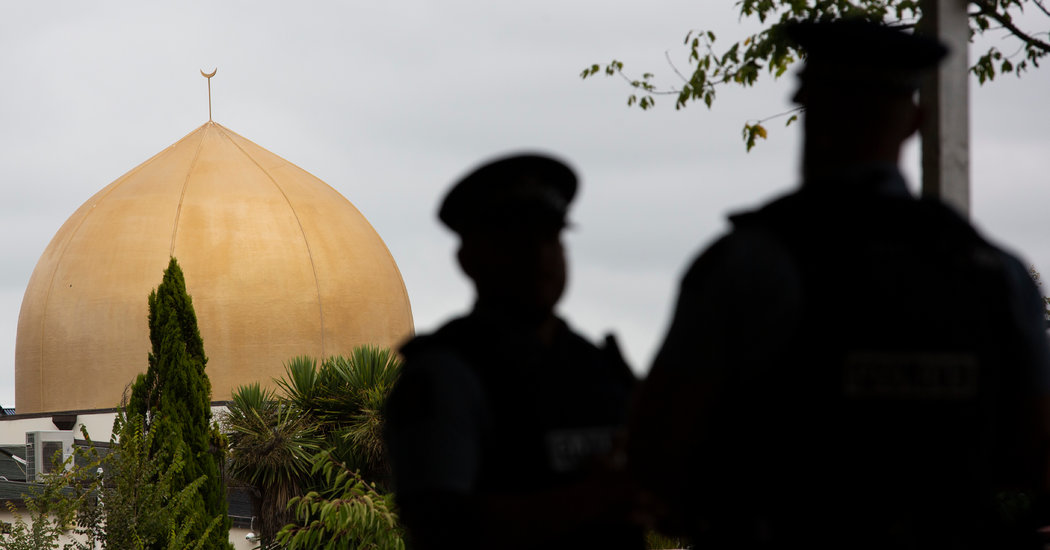 WELLINGTON, New Zealand — The prison authorities in New Zealand acknowledged on Wednesday that they had mistakenly allowed the man charged in the Christchurch mosque attacks to send at least one letter from jail calling for racial violence.

The letter, which echoed a manifesto attributed to the suspected gunman that was posted online before the massacre in March, was uploaded to a message board by a supporter who claimed to have received it.

The lapse by prison officials was particularly embarrassing for the New Zealand authorities because, in the days after the attacks, Prime Minister Jacinda Ardern and other leaders said they would do everything they could to deny the suspect any further platform to spread white supremacist views.

The manifesto, as well as a video live-streamed on social media as the killings unfolded, were deemed objectionable content by the country’s chief censor shortly after the attacks. Possession or distribution of them is punishable by a prison term of up to 14 years.

The existence of the letter came to light a day before the suspect, Brenton Tarrant, was scheduled to make his next appearance in court. He has pleaded not guilty to 51 counts of murder, 40 counts of attempted murder and a charge of terrorism.

Photos of the letter circulating on the internet showed innocuous-looking pages of plain lined notepaper covered in childlike handwriting, the corners of each page carefully numbered.

In it, Mr. Tarrant begins with nonchalant recollections about a 2015 trip to Russia, where his correspondent apparently lives, before veering into racist influences and ending with a call to violence.

Mr. Tarrant, an Australian who is in a maximum-security prison in Auckland, New Zealand, awaiting his trial next May, writes that he cannot go into detail about his regrets or feelings, “as the guards will confiscate my letter if I do (to use as evidence).”

When the letter was posted to the online message board 4Chan — notorious for its anonymity, trolling and layers of irony — commenters said they doubted its provenance. But New Zealand’s corrections agency confirmed in a statement on Wednesday that a letter by an unnamed prisoner “should have been withheld.”

The statement added that there had been changes to the management of the prisoner’s mail to ensure that “our robust processes are as effective as we need them to be.”

The agency said that it could withhold prisoners’ mail only in “a very limited range of circumstances,” and that some letters had already been withheld.

Ms. Ardern, the prime minister, told reporters while in the island nation of Tuvalu for a meeting of Pacific leaders that “this particular bit of communications just should not have happened.”

“Obviously, this is an offender who has a very specific goal in mind in terms of sharing his propaganda, so we should have been prepared for that,” she said.

Kelvin Davis, the corrections minister, told the news website Newsroom that New Zealand was still learning how to handle a prisoner like Mr. Tarrant.

“We have never had to manage a prisoner like this before, and I have asked questions around whether our laws are now fit for purpose,” Mr. Davis said.

In May, Radio New Zealand reported that Mr. Tarrant’s jailers had been visited by officials who manage the imprisonment of Anders Behring Breivik, the Norwegian man who shot dead 77 people and injured hundreds more in attacks in 2011.

“At this time, he has no access to television, radio or newspapers and no approved visitors,” the corrections agency said of Mr. Tarrant in comments to RNZ.

In the letter posted online, Mr. Tarrant tells his correspondent that he is able to read emails in prison, though must reply by post.