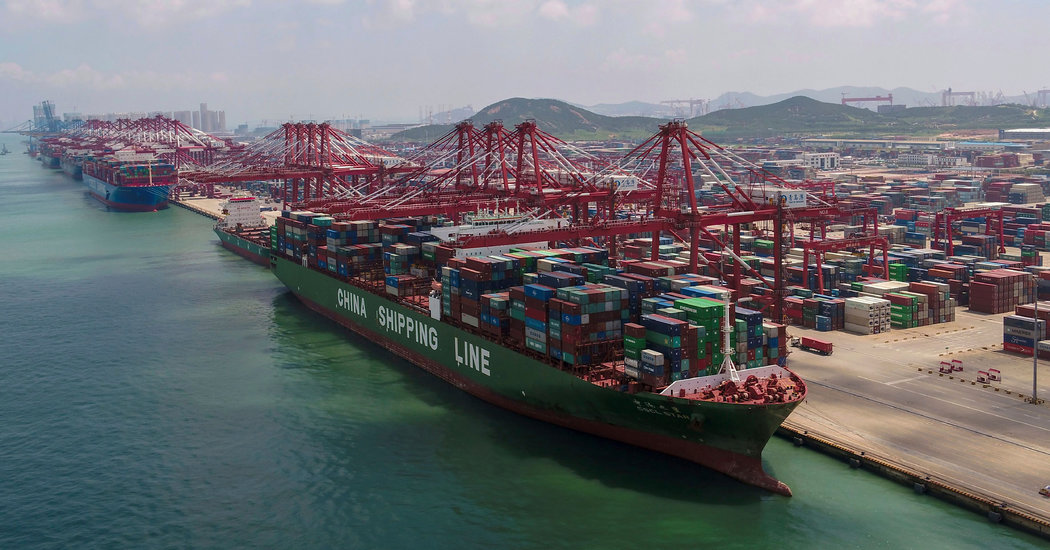 BEIJING — China extended a modest olive branch to President Trump on Wednesday, publishing a short list of products that it will exempt from its retaliatory tariffs on American-made goods.

But the list does not include big-ticket items, like soybeans and other agricultural goods, that the Trump administration would likely consider key to getting a trade deal done with China.

Cancer drugs, lubricants, pesticides, shrimp meal and a number of other products will be excluded from a list of American goods subject to tariffs, China’s Ministry of Finance said in a statement on its website. China first threatened to place tariffs on many of those goods last year, as the trade war began to heat up.

Tariffs that have already been imposed will also be refunded, the ministry said. It added that further exemptions will be announced in the upcoming weeks.

The list comes ahead of scheduled talks next month between China’s top trade negotiator, Liu He, and senior members of the Trump administration in Washington. Reaching a deal will be tough, however. Mr. Trump has already said he would raise tariffs to 30 percent from 25 percent on $250 billion in Chinese goods, including everything from cars to aircraft parts, on Oct. 1.

The ministry’s announcement came during a visit to Beijing by American business executives to meet senior Chinese government officials in hopes of fostering a trade dialogue.

“The time is now to strike a deal that addresses the U.S.’s legitimate concerns about market access, forced technology transfer, subsidies and digital trade, while concurrently removing punitive and retaliatory tariffs,” said Myron Brilliant, vice president of the United States Chamber of Commerce, which organized the visit, in a statement.

A number of the items, like cancer drugs, are considered important by the Chinese government. Although Beijing has made pharmaceutical innovation a national priority, China’s drug development is in the earliest stages compared to the broader industry. At the same time, China’s demand for lifesaving drugs is growing as its population ages and suffers from more chronic diseases, like cancer.

Many Chinese people seeking lifesaving drugs buy their medicine from Hong Kong and Macau, Chinese territories that operate under different laws than the mainland. Online forums are devoted to discussing smuggling generics from India. In August, the government said it would reduce the penalties for the sale and import of unapproved drugs, effectively giving critically ill patients the green light to get cheaper generic pharmaceuticals from other countries.