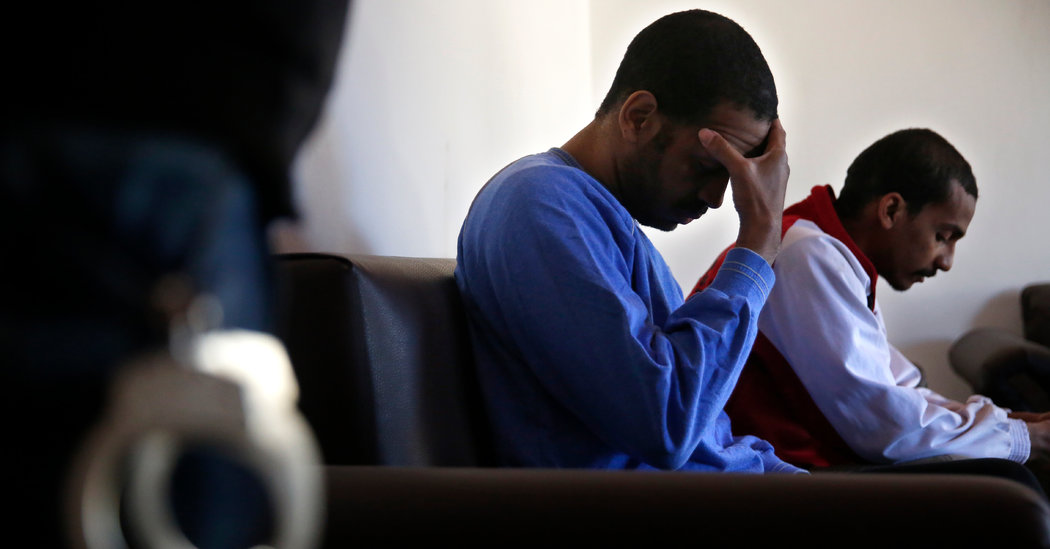 WASHINGTON — The American military has taken custody of two British detainees notorious for their roles in an Islamic State cell that tortured and killed Western hostages, removing them from a wartime prison in northern Syria run by a Kurdish-led militia, according to United States officials.

The abrupt move came as the Turkish military moved into northern Syria after getting a green light from President Trump. Turkey is targeting the American-backed Kurds — known as the Syrian Democratic Forces — who were the primary allies of the United States in the fight against the Islamic State in Syria. The Turkish invasion called into question the militia’s ability to continue securely holding some 11,000 captured ISIS fighters.

The two British men, El Shafee Elsheikh and Alexanda Kotey, were part of a four-member British cell that ISIS put in charge of Western hostages, who nicknamed them the “Beatles” because of their accents. Among their victims was James Foley, the American journalist who was beheaded in August 2014 for an ISIS propaganda video.

Another member of the cell, Mohammed Emwazi, or “Jihadi John,” is believed to have killed Mr. Foley. Mr. Emwazi was later killed in a drone strike.

The Justice Department has intended to eventually bring Mr. Elsheikh and Mr. Kotey to the United States for trial in Virginia, but a court fight in Britain has delayed that transfer. The lawsuit is over whether the British government may share evidence with the United States without an assurance that American prosecutors will not seek the death penalty.

The American military was taking the men to Iraq, where the United States has a base where it has held Islamic State detainees with American citizenship before transferring them to domestic soil — or, in one case, releasing him in Bahrain.

Because of their role in abusing Americans, the two British men were at the top of a list of ISIS detainees of concern for the American government, officials said. But that list has more than five dozen names on it, including a dozen or so other ISIS prisoners in Kurdish hands who are considered particularly dangerous.

It remains unclear whether the Trump administration will seek to take any additional detainees out of the Syrian Democratic Forces’ hands as the situation in northern Syria continues to rapidly deteriorate after Mr. Trump’s decision to clear the way for Turkey to launch its operation into northern Syria.

The Washington Post first reported on the transfer of the detainees’ custody.

This is a developing story. Check back for updates.