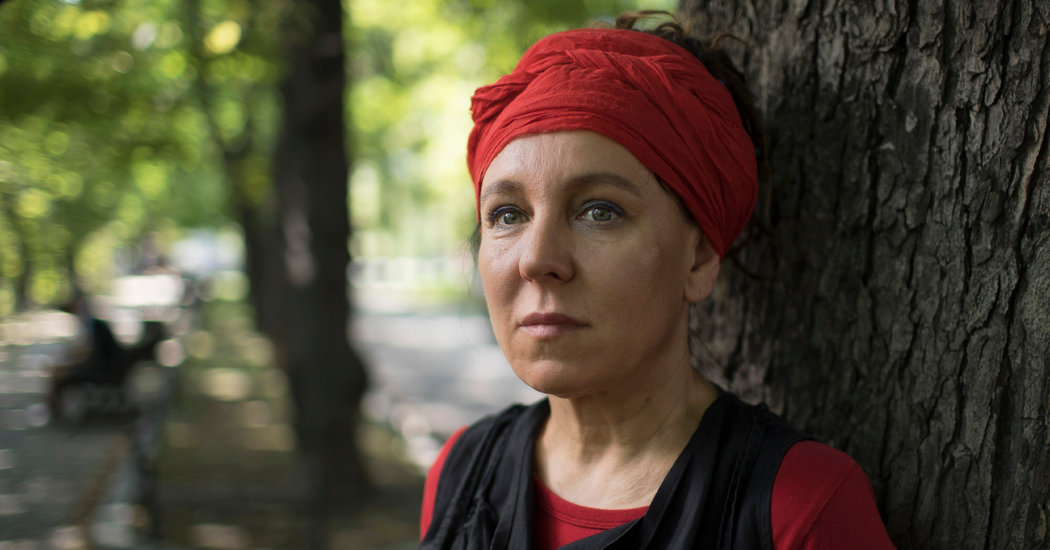 Olga Tokarczuk, a Polish author, and Peter Handke, an Austrian writer, were awarded the Nobel Prize in Literature on Thursday, the Swedish Academy announced at a ceremony in Stockholm.

Mr. Handke won this year’s prize, while Ms. Tokarczuk won the 2018 prize, which had been postponed for a year because of a scandal at the academy.

Why is the work important?

Ms. Tokarczuk is best known for her 2014 historical novel “Księgi Jakubowe” or “The Book of Jacob,” centered in the Hapsburg and Ottoman Empires and focused on the life of Jacob Frank, an 18th century Polish leader of a Jewish splinter group that converted to Islam and then Catholicism. “She has in this work showed the supreme capacity of the novel to represent a case almost beyond human understanding,” Nobel officials wrote in their citation.

In 2018, she got renewed prominence after winning the Man Booker International Prize for translated fiction for “Flights,” an experimental novel based on stories of travel.

Mr. Handke’s debut novel, “Die Hornissen” was published in 1966, and with that and his play “Publikumsbeschimpfung,” or “Offending the Audience,” he made his mark on the literature world.

In the decades since, he has become one of the most influential writers in Europe. The Swedish Academy cited his “influential work that with linguistic ingenuity has explored the periphery and the specificity of human experience.”

Who are the winners?

Mr. Handke was born in 1942 in southern Austria to a German father and a Slovenian mother. He spent part of his childhood living in war-scarred Berlin and went on to study law at the University of Graz.

But when his first book was published, he dropped out of school and embarked in earnest on his literary career. More than 50 years later, his body of work includes novels, essays, screenplays and other dramatic works. He has been based in Chaville, France, since 1990.

His decades of writing, published originally in German, including the novella “A Sorrow Beyond Dreams,” based on his mother’s death, drew critical acclaim. Michael Wood, reviewing the book for The New York Times, called it “a major memorial to a host of buried German and Austrian lives” and “the best piece of new writing I have seen in several years.”

But his controversial friendship with Slobodan Milosevic, the former leader of Yugoslavia who was widely seen as the driving force behind the Balkan wars of the 1990s, has also made him well-known in Europe.

Mr. Handke attended Mr. Milosevic’s war crimes trial at The Hague and delivered a eulogy at his funeral. In an interview in 2006, he said of Milosevic: “I think he was a rather tragic man. Not a hero, but a tragic human being. I am a writer and not a judge.”

In the same interview, he said he did not expect the Nobel Prize because of the controversy. “When I was younger I cared,” he said. “Now I think it’s finished for me after my expressions about Yugoslavia.”

A spokeswoman for the Swedish Academy said in a text message that none of its members were available to comment on whether his political views had been discussed, and whether he was an appropriate recipient of the prize.

Ms. Tokarczuk was born in 1962 in Sulechow, Poland, the daughter of two teachers. Her father was also a school librarian, and it was in that library that Ms. Tokarczuk found her love of literature, voraciously devouring book after book.

She went on to study psychology at the University of Warsaw and published her first book in 1993 — “The Journey of the Book-People” — a fictional tale of characters in search of a mysterious book in the Pyrenees, set in 17th-century France and Spain. The book was awarded the Polish Publisher’s Prize for a debut novel that year.

But her real breakthrough is considered to be her third novel, “Prawiek i inne czasy” or “Primeval and Other Times.” First published in 1996, it tells the story of three generations of a Polish family, from 1914 to the beginnings of Solidarity in 1980.

Ms. Tokarczuk is a prominent figure in Poland, associated with the opposition to the right-wing Law and Justice party. In January, she wrote an opinion piece for The New York Times on the state of the country after the murder of a leading liberal mayor in the country. “I worry about our immediate future,” she said.

Asked this month if he’d read Ms. Tokarczuk’s work, Piotr Glinski, the Polish culture minister, replied that he had tried, but had never finished any of her books.

On Thursday, Mr. Glinski congratulated Ms. Tokarczuk. “It is proof that Polish culture is appreciated all over the world,” he wrote on Twitter. Donald Tusk, the president of the European Council and former prime minister of Poland, also offered his congratulations in a tweet. He added that he had read all her books from start to finish.

Who won the 2018 Nobel in literature?

Until now, no one.

Last year’s prize was postponed after a scandal involving a husband of an academy member who has been convicted of rape — a crisis that led to the departure of several board members and required the intervention of the king of Sweden. Read about 2017’s winner, Kazuo Ishiguro.

A group of Swedish cultural figures even set up a substitute award, the New Academy Prize, to fill the gap and show a winner could be chosen in an open fashion, in contrast to the academy’s secret workings. Their laureate was Maryse Conde, a writer of historical novels from Guadeloupe.

Is the scandal over?

The academy made several organizational changes following the scandal, including appointing five independent experts to help choose winners. That was good enough for the Nobel Foundation.

But some observers think not enough has been done. “The Swedish Academy needs to change more,” said Alexandra Pascalidou, a Swedish journalist who set up the New Academy Prize, in a telephone interview. “It needs more inclusion, more diversity, more openness.”

The academy should not have awarded the 2018 prize, Ms. Pascalidou added, because it will forever be tainted by the scandal. “It’s very sad for whoever wins,” she said.

Is this the first time two people have been honored?

Far from it. Authors have shared the prize on four occasions, most recently in 1974 when the academy gave the prize to two Swedish writers, Eyvind Johnson and Harry Martinson.

That award caused a scandal, too, because the two were members of the academy. “Mutual admiration is one thing, but this smells almost like embezzlement,” wrote Sven Delblanc, another Swedish author.

What other scandals have hit the literature prize?

Some people will always find the choice of winner scandalous, or at least not to their taste. In 2016, Bob Dylan won, the first musician to do so. His award prompted weeks of debate about whether a songwriter should win a literature award. Jodi Picoult, the novelist, wrote on Twitter: “I’m happy for Bob Dylan, #ButDoesThisMeanICanWinAGrammy?”

The following year’s prize was a more conventional choice. It went to Kazuo Ishiguro, the British writer best known for his novel “The Remains of the Day,” about a butler serving an English lord in the years before World War II.

Who else has won a Nobel Prize this year?

When will the other Nobel Prizes be announced this year?