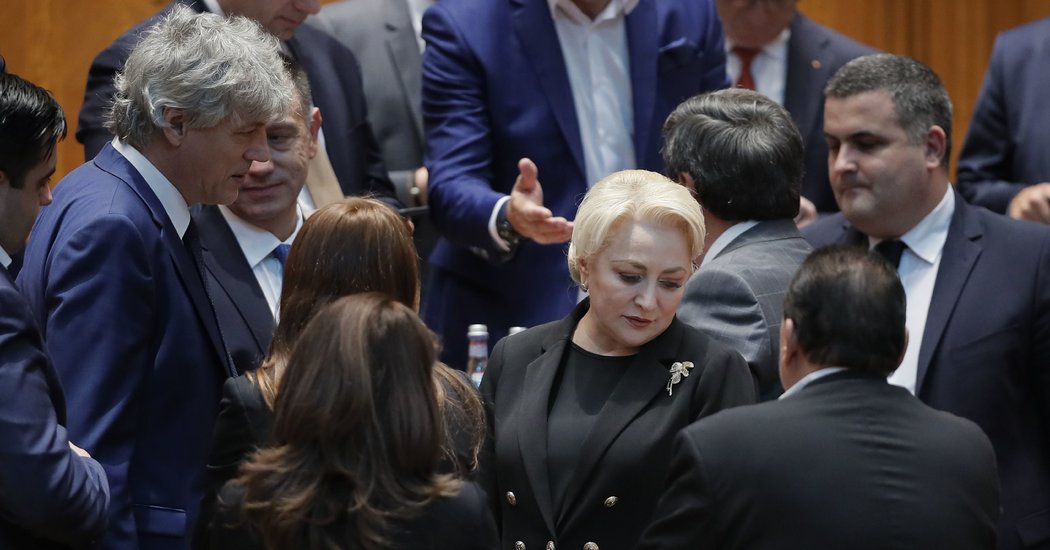 BUCHAREST, Romania — Romania’s center-left government was toppled on Thursday after a no-confidence motion brought by opposition parties, the fourth time the country’s leadership has been ousted in such a vote since the 1989 revolution.

Many had felt that the governing Social Democrats’ time in charge would soon run out. Since coming to power in December 2016, the party has faced large-scale protests over graft and what many considered attacks on the rule of law.

Half a million people took to the streets in February 2017 after the government passed an emergency decree that effectively decriminalized low-level corruption. Further protests erupted over longstanding corruption in the country and what many saw as efforts to undermine the judiciary, including the firing of Laura Codruta Kovesi, the head of Romania’s anticorruption agency, in July 2018.

Shortly after suffering a stinging defeat in European parliamentary elections this May, the party’s leader, Liviu Dragnea, was jailed for abuse of office.

In a plenary session before the vote of no confidence on Thursday, Prime Minister Viorica Dancila called members of the opposition parties “amateurish and irresponsible,” and described the motion against her government as “an incoherent mix of falsehoods.”

But Dan Barna, the leader of the opposition Save Romania Union, hit back, saying that Ms. Dancila had led “by far one of the most incompetent governments in the past 30 years.”

The Social Democrats had been teetering ever since their coalition partner, the Alliance of Liberals and Democrats, quit the government in August, leaving Ms. Dancila short of a majority. Lawmakers from that party voted against her on Thursday.

Opposition parties now have 10 days to nominate a prime minister, who will then need to seek the approval of the president, Klaus Iohannis, and a parliamentary vote of confidence in his or her cabinet. Whether any parties could strike such a deal before the presidential election, set for November, was unclear in the immediate aftermath, with strong divisions remaining between the parties.

Ms. Dancila is her party’s candidate for president, which adds to the political complexity.

“It will be very difficult to form a majority before the presidential elections,” said Cristian Parvulescu, a dean at the National School of Political Studies and Public Administration in the capital, Bucharest.

If long negotiations were to take place, the current cabinet would probably continue in an interim capacity, though it would be unable to pass any new legislation. Snap parliamentary elections are not allowed during the final six months of a presidential term.

Nonetheless, Mr. Parvulescu said, “it is very important for Romania to have a new government quickly.”