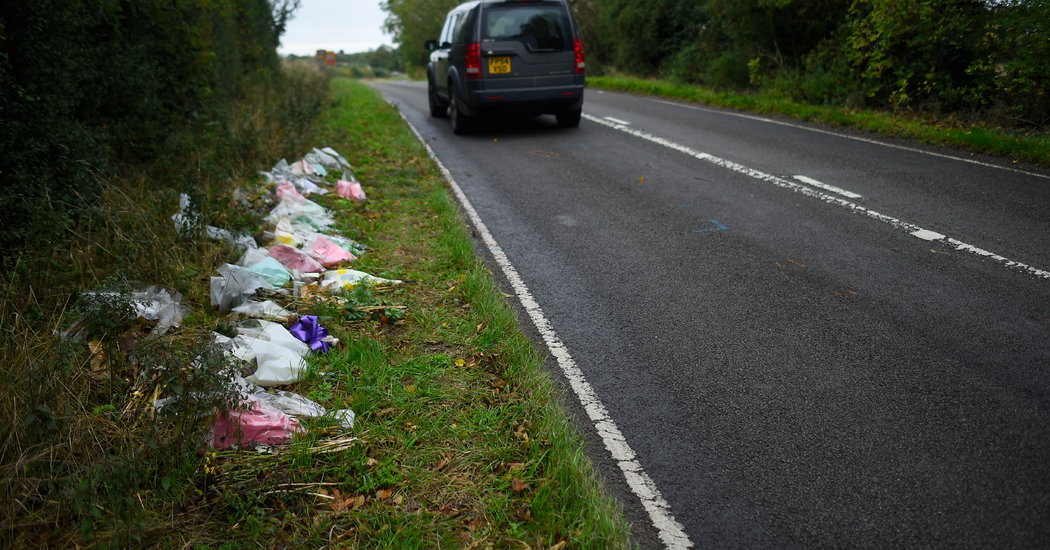 LONDON — President Trump offered little succor to the authorities in Britain on Wednesday in a growing dispute over an American woman who fled the country using diplomatic immunity after being involved in a road crash that left a teenage motorcyclist dead.

Prime Minister Boris Johnson of Britain had said that he would appeal directly to the president for the return of the woman, Anne Sacoolas, a diplomat’s wife. The police in Northamptonshire, England, suspect her of being the driver of a car that they say was on the wrong side of the road when it collided with a motorcycle ridden by Harry Dunn, 19.

When Mr. Johnson raised the case in a phone call on Wednesday, according to a statement from the prime minister’s office, Mr. Trump expressed his condolences to Mr. Dunn’s family and “agreed to work together to find a way forward,” but the statement made no mention of withdrawing diplomatic immunity or any other specific remedy.

The case has created diplomatic and political complications for Mr. Johnson, who needs good relations with Mr. Trump to try to secure a trade deal from the United States after Britain leaves the European Union.

The reaction to the accident among the British public and media left the prime minister with no choice but to intercede and raise the issue with the president, who is not a popular figure in Britain. The opposition Labour Party argues that Mr. Johnson is planning to sell out British interests through a trade deal with the United States, and sees political mileage in suggesting that he is too close to Mr. Trump.

Speaking to reporters on Wednesday, Mr. Trump described the death as “a terrible accident,” adding that “it is a very, very complex issue because we’re talking about diplomatic immunity.”

But he also expressed understanding for Ms. Sacoolas, suggesting that he had himself driven on the wrong side of the road in Britain.

“You know those are the opposite roads, that happens,” he said. “I won’t say it ever happened to me, but it did. When you get used to driving on our system, and then you’re all of a sudden on the other system when you’re driving, it happens.”

“We’re going to speak to her and see what we can come up with so that there can be some healing. There’s tremendous anger over it,” he said, adding, “I understand the anger from the other side very much.”

The crash occurred on Aug. 27 in Brackley, a town in Northamptonshire about 60 miles northwest of London and near a Royal Air Force base that hosts a United States Air Force communication station.

The police have said that Ms. Sacoolas told them before her departure that she had no plans to travel. The two countries have been involved in a diplomatic tug-of-war over the case ever since. Britain transmitted a formal request for a waiver of immunity to the United States Embassy in London on Sept. 5. It was declined eight days later.

Charlotte Charles and Tim Dunn, Harry Dunn’s parents, have made a public appeal of their own to Mr. Trump.

“We can’t grieve,” she said, adding of the woman, “Please, please let her get back on a plane.”

Dominic Raab, the British foreign secretary, has also urged the American Embassy to reconsider their stance. Mr. Raab met with Harry Dunn’s family on Wednesday, but they were left disappointed by the meeting.

“I can’t really see the point as to why we were invited to go and see Dominic Raab,” Ms. Charles told Sky News after the meeting.

“Part of me is feeling like it was just a publicity stunt on the U.K. government side to show that they are trying to help,” she said, adding that, despite spending half an hour or more with Mr. Raab, they had gotten no answers.

“We have come out with nothing.”