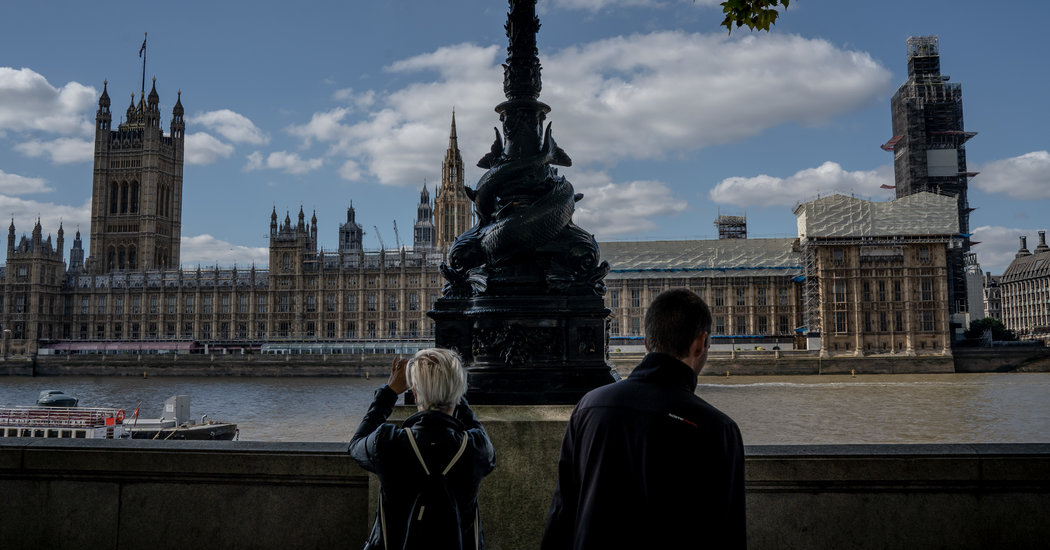 LONDON — British lawmakers are scheduled on Tuesday to debate and vote on the detailed legislation for Britain’s departure from the European Union, a deal that Prime Minister Boris Johnson reached with European leaders last week.

Brexit is scheduled to take effect on Oct. 31, but Mr. Johnson has yet to receive Parliament’s support for the agreement, making the day’s events a major test of whether he has the necessary backing to make his plan a reality.

By the end of the week, if not sooner, it will be clear whether Mr. Johnson has failed in his “do or die” pledge to complete the withdrawal by the end of October, even if that means leaving without a deal.

There are now just nine days until that Oct. 31 deadline, but lawmakers have blocked Mr. Johnson at nearly every turn.

Here is what to expect in a crucial day for Brexit.

There are likely be two stages to the decision making in Parliament on Tuesday — first, a preliminary vote on the Withdrawal Agreement Bill, and if it passes, another vote on the government’s compressed time frame for making the bill law.

The second vote, in which the government would lay out an accelerated timetable, is intended to ram the legislation through to ensure Britain leaves the European Union by Oct. 31. It is considered the more contentious measure.

Known formally as a program motion, the measure would give lawmakers just three days to pore over hundreds of pages of detailed legal text, and analysts and many lawmakers say more time is needed.

But first comes the debate on the Withdrawal Agreement Bill, the legislation that sets the legal framework for Britain’s departure. Debate is scheduled to begin around 12:30 p.m. local time.

A “second reading vote” — which measures lawmakers’ support in principle but does not amount to final approval — is expected to happen around 7 p.m.

If lawmakers signal support for the bill, the vote on the government’s accelerated time frame for passing it comes next. The government hopes to hold the definitive vote on the withdrawal bill on Thursday.

If the deal manages to clear both hurdles, that sets the stage for … more hurdles. The next stage of debate begins immediately, but the bill could be derailed by votes on amendments.

Is the prime minister expected to get his way?

Analysts say Mr. Johnson’s chances are better on the preliminary vote for the withdrawal bill, in part because skeptical lawmakers can vote for it now but keep the option of opposing it when the final vote rolls around.

Most opposition lawmakers are expected to abstain, so the vote will largely be a test of the prime minister’s ability to corral fellow Conservatives, as well as those who have recently left or been expelled from the party and perhaps a few members of other parties.

The tougher fight will be on Mr. Johnson bill to compress the debate into three days, with a final vote on the withdrawal bill on Thursday. That bill, which was released Monday night, is 110 pages long and accompanied by more than 300 pages of supporting documents.

Ordinarily, a matter of this size, complexity and importance would be given would give much more time — usually months — for scrutiny and debate.

Labour and other opposition parties oppose the abbreviated schedule, but so do some Conservatives.

What happens after the votes?

If Mr. Johnson wins both votes, Parliament will schedule a decisive vote on the withdrawal bill on Thursday. In the interim, opponents will try to amend the bill.

Some of the amendments that lawmakers are likely to propose would be “poison pills” that are unacceptable to the government, unacceptable to the European Union, or both. In the unlikely event that Mr. Johnson were to agree to any changes in the withdrawal agreement, those changes would have to be negotiated with Brussels.

If one or more such amendments were successful, Mr. Johnson might withdraw the bill rather than force a vote on Thursday. What would happen after that is unclear.

That would be an enormous victory for Mr. Johnson on his signature issue, ensuring that Britain will, in fact, leave the European Union by Oct. 31.

The picture looks very different if Parliament refuses to agree to the rushed schedule. That could open the door to months of debate on the withdrawal bill, rather than just three days.

Wait, didn’t Parliament just vote on all this?

Sort of, but in a different way. It’s complicated.

On Saturday, Mr. Johnson called a vote on a motion supporting his deal with Brussels. It would not have been a vote on the bill itself, nor on the legal intricacies for implementing that agreement. But it would have been an important statement of backing for the embattled prime minister and his plan.

At that point, lawmakers had not seen the withdrawal bill, and many of them were wary of what would be in it.

So over the government’s vehement objections, Parliament voted, 322 to 306, for an amendment stating that it would not endorse any deal until it had digested, debated and voted on the actual withdrawal bill.

Mr. Johnson tried again on Monday to force a vote on a motion supporting his deal. But the speaker of the House of Commons, John Bercow, ruled that because nothing had changed in the intervening two days, the prime minister could not make a second attempt.