With only five days remaining until the world debut of the all-new Octavia, Skoda has released a couple of sketches giving us a taste of the model’s new interior design.

Judging from the leaked photo of the exterior we’ve seen last month, the fourth-generation Octavia will not be a radical departure from the current model. However, the interior will feature more significant changes, as suggested by these two official renderings.

The 2020 Octavia will feature a multi-level instrument panel and a redesigned steering wheel with two spokes. The digital instrument panel is complemented by a large, free-standing central display and is composed of several layers whose lines and colors reference the Skoda grille’s signature shape. 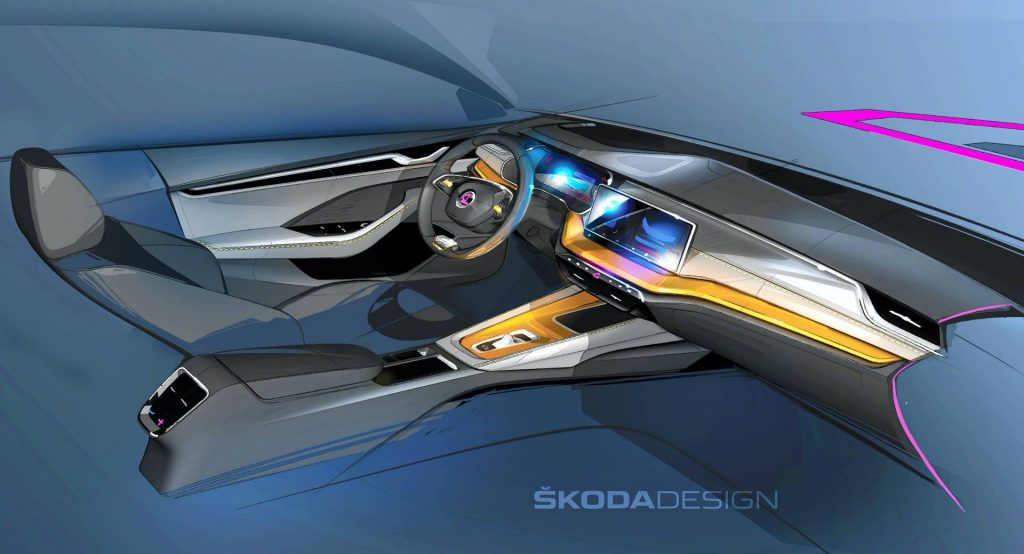 The redesigned interior also features a steering wheel with a two-spoke design incorporating buttons and scroll wheels that contribute to enhanced ergonomics, according to Skoda. We can also see in the sketch a small rocker switch using shift-by-wire technology that replaces the traditional lever for the DSG dual-clutch transmission, while another novelty is the Climatronic three-zone air conditioning system.

Overall, the dashboard looks modern and more upscale than before. As for practicality, Skoda says the fourth-generation Octavia offers even more interior space than the outgoing model.

The 2020 Octavia will make its world debut in Prague on November 11, but until then it’s quite possible Skoda will release more teasers and/or info, so stay tuned.