Famed American fabricator and designer Chip Foose got his hands on one of the most iconic British cars ever, the Jaguar E-Type, and after many months of preparations, he turned it into a custom restomod.

Built for one of his clients, it’s now on display at the 2019 SEMA Show, where it screams for attention with a unique look that sparks mixed feelings. This is one of those ‘love it or hate it’ cars, but if you must know, as far as its design is concerned, the consensus here at CarScoops is that it looks mighty fine, and the only thing we’d change would be those ’58-style Corvette teardrop tail-lamps, only because they give the rear a more American than British feel.

The Jag started life as a 1974 Series 3. The reason for choosing it over the more desirable Series 1 is simple: money, as the latter is one expensive piece of automotive jewel. 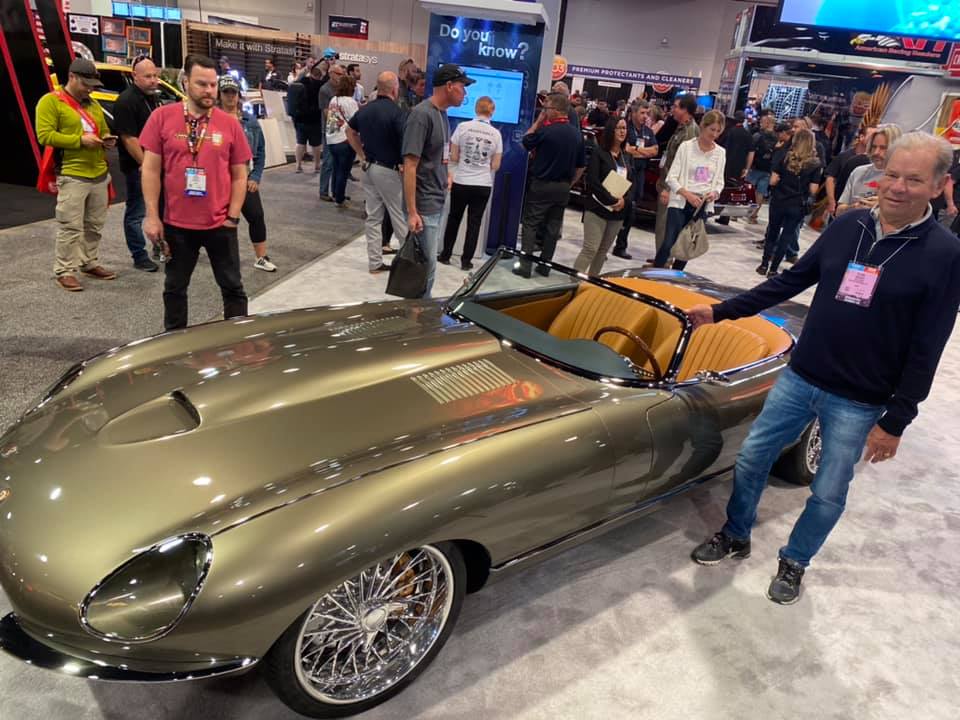 Shortly after it arrived at the tuner, it was disassembled and work started on the numerous mods. From the suspension to the lights, fenders, hood, bumpers, grille and even the rear license plate holder, everything was either modified or made from scratch. It no longer has a roof, the windscreen was angled back and one-off 19-inch front and 20-inch rear wheels were added. Finally, the body was finished in a custom color called ‘Palm Copper’, which is contrasted by the chromed elements. 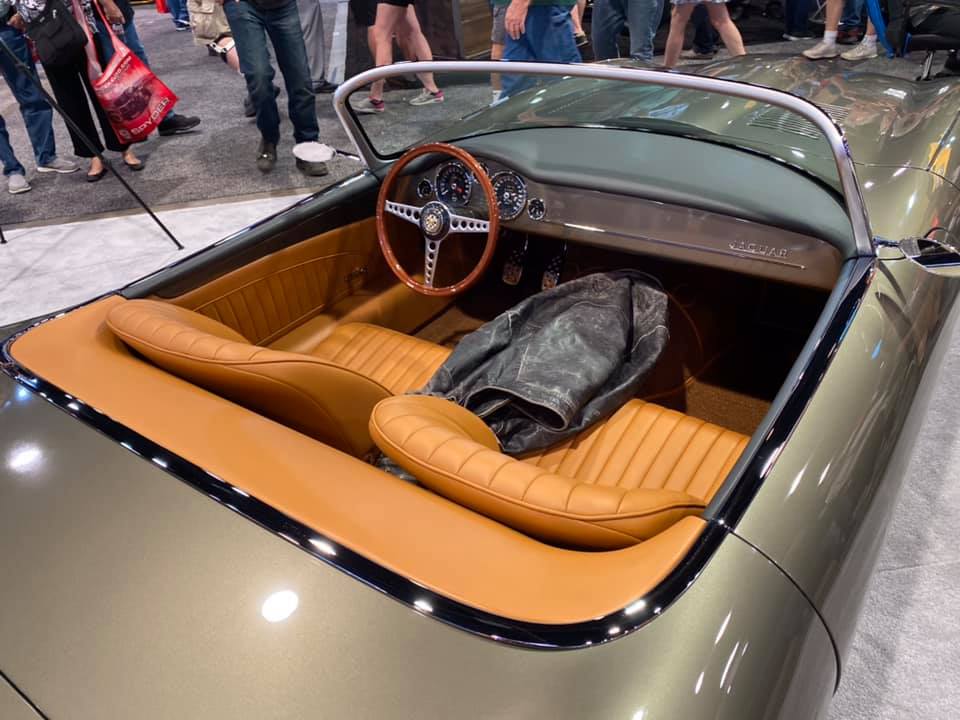 The retro theme continues on the inside, where this E-Type has a custom-fabricated dashboard, wrapped in dark green leather, and brown leather used almost everywhere else. The wooden steering wheel, new dials and unique carpeting round up the visuals.

When it was made 45 years ago, the Jag had a 240 hp, 5.3-liter V12. Foose, however, decided to swap it with a Chevy LS3 V8 that develops 525 horsepower. To give it a hot-rod-ish feel, the tuner turned to MagnaFlow for a one-off exhaust system, with four tailpipes.

Posted by The Official Chip Foose on Wednesday, November 6, 2019