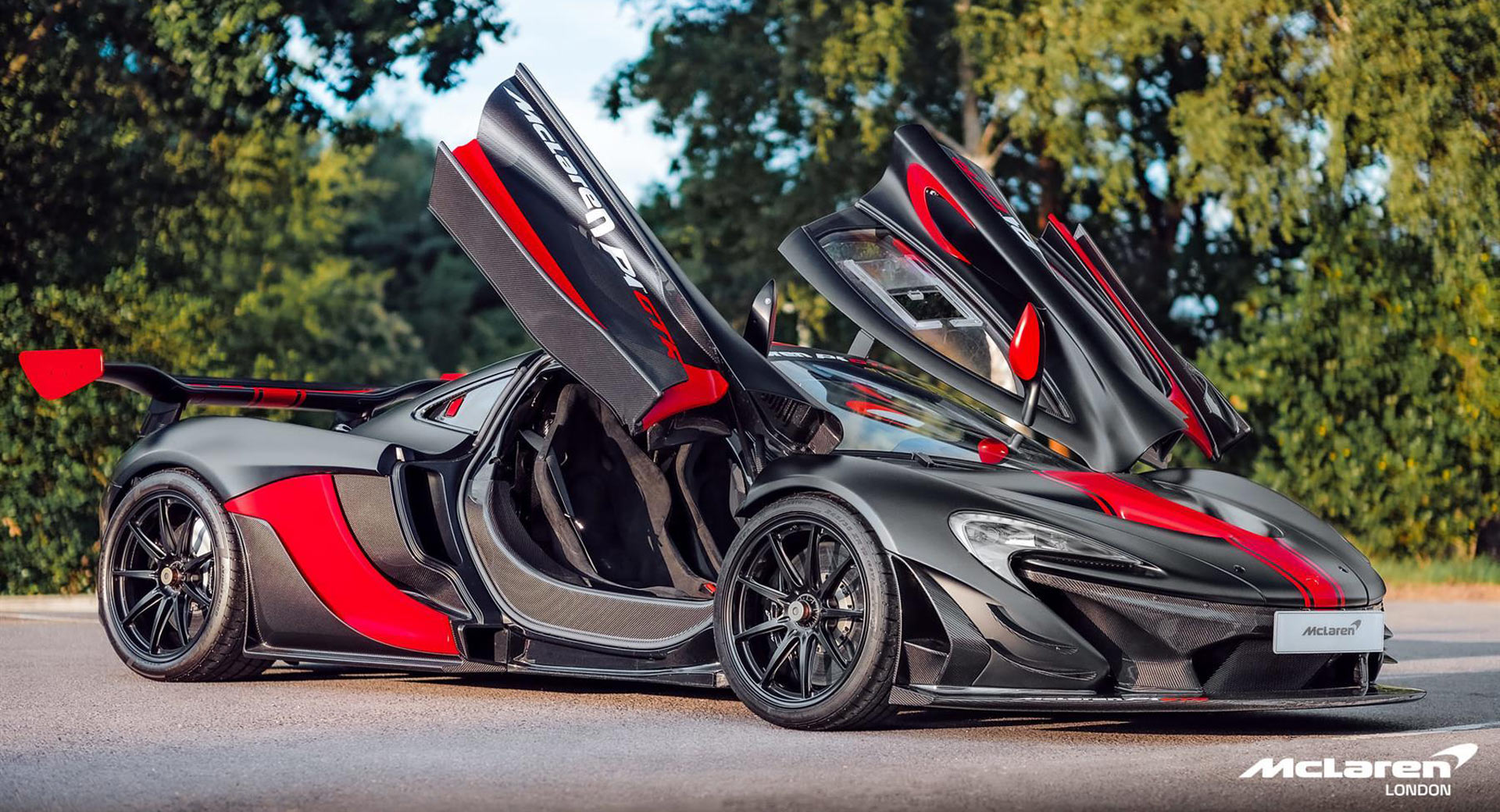 A stunning McLaren P1 GTR converted for road use by Lanzante is currently up for sale from McLaren London.

McLaren only ever built 58 examples of the track-only P1 GTR, and a number of them were modified to become street legal. This particular black and red P1 GTR is chassis number 18 and is the 28th unit that Lanzante worked on.

In order to comply with regulations, a number of changes had to be made. These include the fitment of a handbrake, catalytic converters, treaded tires, and an increased ride height. With just 179 miles (288 km), though, it’s little wonder why it has an asking price of £3,000,000 ($3,853,680), which makes it roughly three times the price of a ‘regular’ P1 on the used car market.

Earlier this month, we shared a video of YouTuber MrJWW driving a similar road-legal P1 GTR on the German Autobahn. One particularly thing he noted is that, due to the lack of sound deadening, it is significantly louder than a normal P1. Consequently, it’s not exactly what one could describe as ‘practical’ to drive on the street – but, if you had that kind of money to spare on such a dream machine, would you really care?