Hyundai has decided that five years in the market are enough for the third generation Tucson, so they’re working on its successor, which will launch in 2020 with a very different styling language.

Filmed testing at the Nurburgring, this prototype of the Korean company’s compact SUV has shed the thicker camo, keeping only the swirly skin wrap that makes it easier to spot some of the changes. And these are quite a few, from the bolder grille flanked by slim headlights, to the roofline that’s more heavily angled at the rear and the more sculptured tailgate.

We have yet to catch a glimpse of the interior, but expect it to have very little in common with the outgoing model. If anything, it needs to up its game in a very competitive segment with rivals like the popular Toyota RAV4 and Honda CR-V.  Hyundai execs have said that they borrowed ideas and materials from the larger and more expensive Santa Fe when they were developing the interior, so it should have a more premium feel than today’s car. 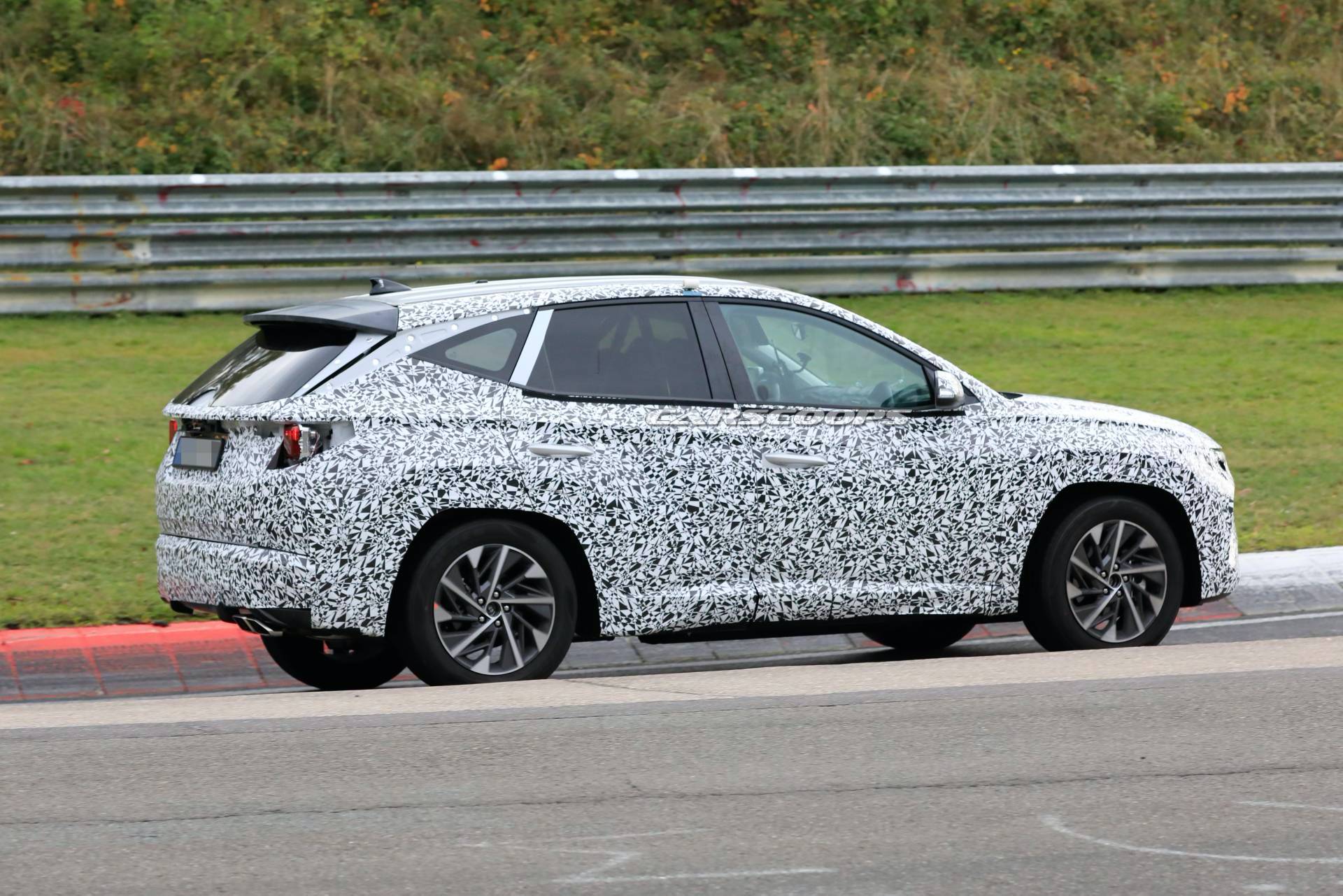 The engine lineup will be revised as well. The new Tucson will likely launch with the 1.6-liter T-GDI and 1.6-liter GDI in Europe, joined by a hybrid option that might carry over from the Sonata. North America, on the other hand, is expected to get the 2.5-liter Theta3 power unit, in two versions: naturally aspirated and turbocharged, connected to an 8-speed automatic transmission. As usual, the entry-level models will arrive with front-wheel drive and the better-equipped variants will boast all-wheel drive.

The Koreans could reveal the new Tucson as early as this November at the LA Auto Show, but even so, we won’t see it in dealerships until next year.