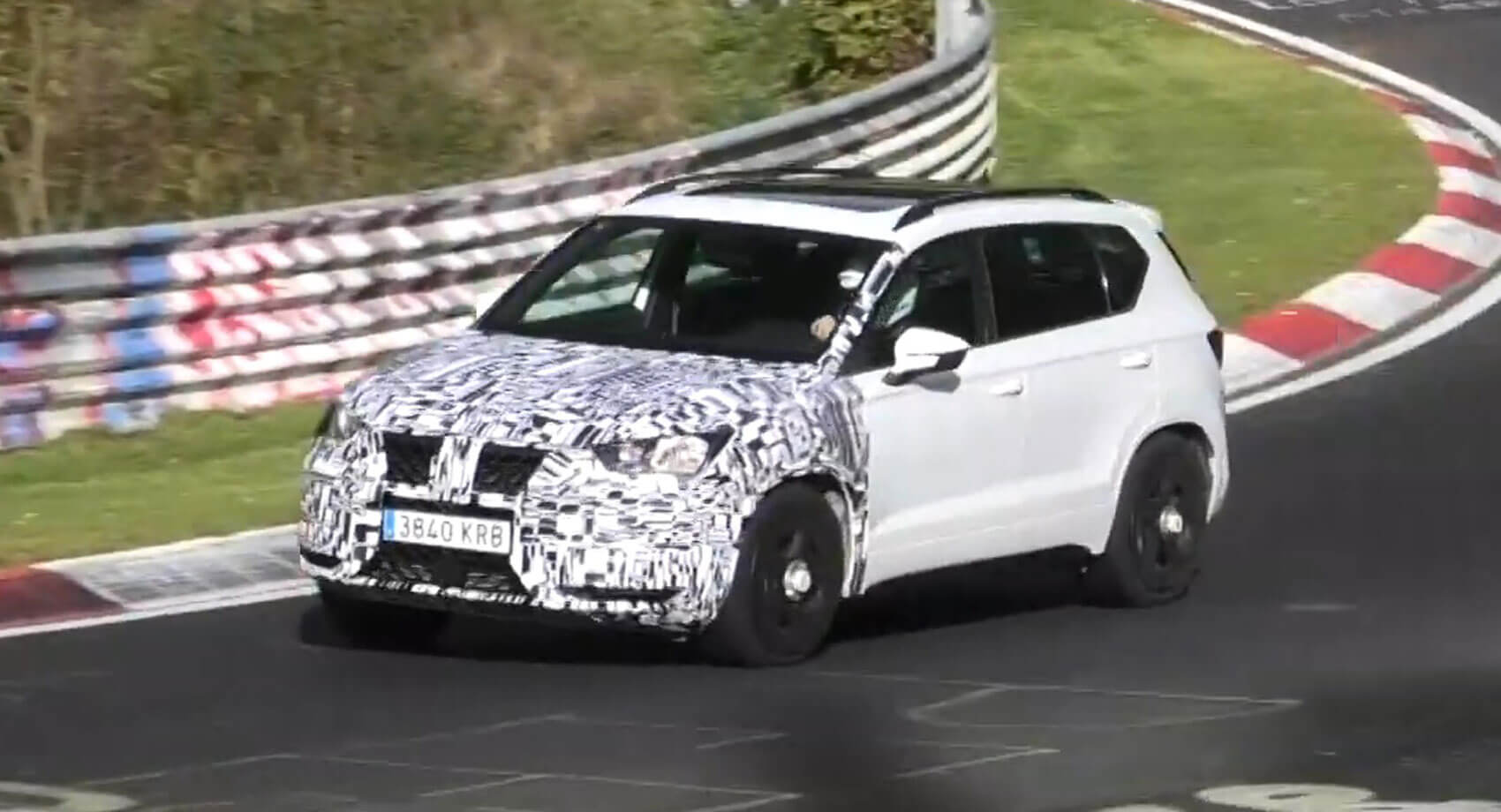 Having being launched three years ago, the Seat Ateca is due for a mid-cycle facelift – and, as seems, the Spanish automaker will also update the hot Cupra variant, despite it having premiered in 2018 under the company’s newly formed performance sub-brand.

Our spy photographers managed to capture a prototype on camera a few weeks ago, while it was undergoing testing at the Nurburgring. More recently, another one was snapped at the same venue, only this time it’s a video that shows it at the German track.

Also Watch: Can The New Cupra Ateca Be Considered A Cut-Price Porsche Macan?

Since all camouflage is limited to the front end of the car, it’s safe to assume this is where the designers have concentrated all their efforts. Thus, expect to see a revised grille, new bumper and perhaps other minor changes that will bring it in line with the rest of the facelifted Ateca range. We have yet to catch a glimpse of the interior, but we expect everything to carryover, except for the usual trim revisions.

Speaking of things that will not change, the Volkswagen Group’s 2.0-liter, turbocharged four-cylinder engine, which is shared with the Golf R Mk7, will likely continue to pump out 300 PS (296 hp / 221 kW) and 400 Nm (295 lb-ft) of torque, directed to the all-wheel drive system via a seven-speed dual-clutch automatic transmission. The current Cupra Ateca is capable of hitting 100 km/h (62 mph) in 5.4 seconds from a standstill and tops out at 245 km/h (152 mph).