This year’s Pebble Beach Concours d’Elegance invited, for the second time, a historical appointment of Japanese cars. Many of the vehicles on display represent the rise of Japan’s auto industry in America, from the 1960s through the 1990s, and thus evoke strong nostalgia.

It was Edward Loh, the editor in chief of MotorTrend, who had organized the 54-car Japanese Automotive Invitational. “For all its global prestige, the concours’ leadership recognizes the need to stay fresh, to attract younger enthusiasts,” he told the NY Times. “Japanese cars are showing they have a strong appeal to that demographic.”

Among the rarer models on display were a 1970 Toyota 2000GT and a 1967 Mazda Cosmo Sport, which had in recent years set auction records of $1.1 million (the Toyota) and $264,000 (the Mazda), according to Hagerty, a specialty-vehicle insurer in Michigan that tracks collector car values. On the center podium sat one of 60 hand-built, Italian-designed 1963 Prince Skyline Sport cars, said to have inspired Nissan’s Infiniti.

“Japanese cars are getting to be full-fledged collectibles,” said Randy Nonnenberg, the founder and chief executive of Bring a Trailer. “A lot of it is driven by nostalgia, memories of a time when cars delivered a purer sense of driving. That, and affordability.” 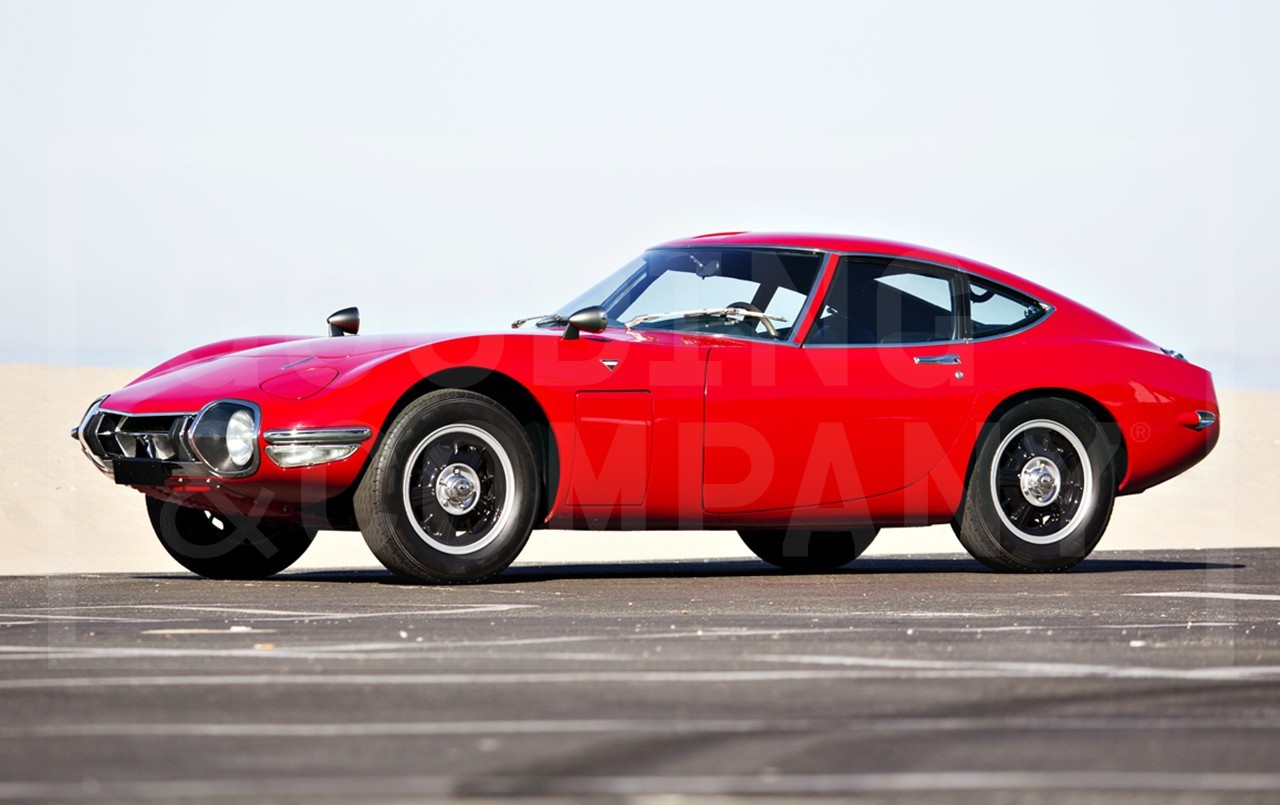 How It All Started

“For a long time after World War II, Japanese cars borrowed engine designs and styling cues from American firms like Ford and General Motors,” Loh said. And unlike European automakers, which re-established their prewar reputations relatively quickly, ‘made in Japan’ largely existed as a pejorative, synonymous with cheap manufacturing methods and flimsy construction. But by the 1990s, with the serial luxury car introductions by Honda’s Acura, Nissan’s Infiniti and Toyota’s Lexus divisions, Japanese vehicles were putting the world on notice.”

“I remember test-driving those early Lexus sedans and coupes for the first time. Even compared to premium German cars, they were dazzlingly smooth-riding and silent-running,” said Jack Keebler, a Detroit-based automotive journalist and a former quality review team leader for General Motors. “I knew instantly that something seismic had happened in the automotive universe.”

Keebler, Loh and others believe an important factor underlying that change — and an element in the current surge in Japanese cars’ collectible status — were the theories of an Iowa-born engineer who had been largely ignored in his own country.

Armed with a Ph.D. in mathematical physics, William Edwards Deming, who died in 1993, advocated the use of statistical analysis to improve manufacturing quality and efficiency. Rather than inspect products for defects after they were made, Dr. Deming urged a continual approach. He called for scrutinizing each step of production with the goal of achieving “kaizen,” a Japanese word that refers to the improvement of all processes by involving every employee, from a company’s top ranks to its assembly-line workers.

Dr. Deming’s concepts clicked with Japanese automakers, said Paul Williamsen, the strategic communication manager for Lexus. “Back then, we were trying to do what we called lean production,” he recalled. “The Deming method focused on quality; when we applied his ideas to our system, they created a truly transformative virtuous circle.”

In 1988, the annual J.D. Power dependability survey offered evidence of how far Japan’s automakers had come. Toyota’s Cressida became the only automobile whose first-time buyers reported fewer than one initial problem per car, Williamsen said. 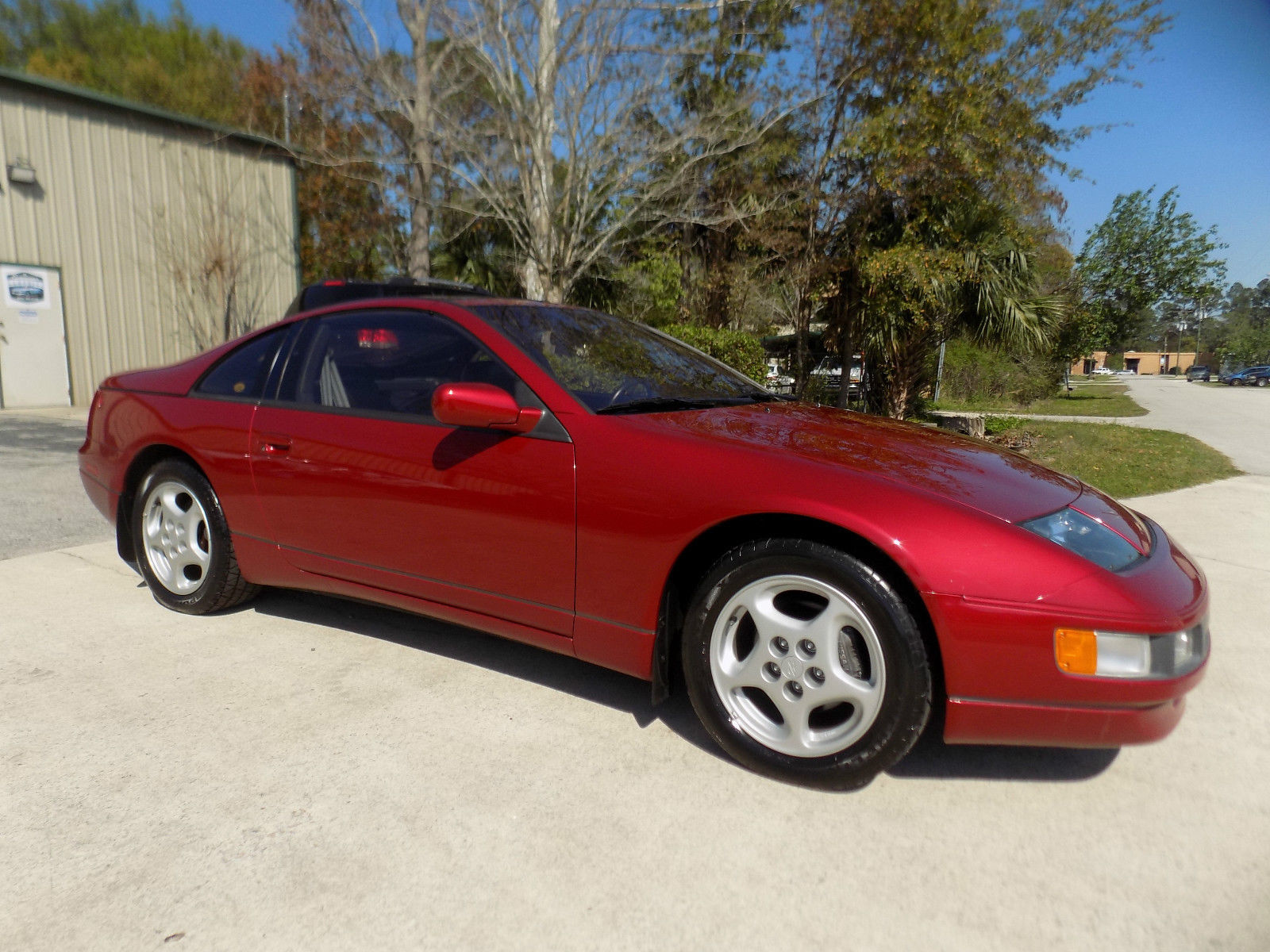 By the 1990s, Japan’s automakers had fully mastered the art and science of unibody construction. Welding techniques and adhesives had received Deming-driven improvements. Shut lines of doors, trunk lids and hoods were tighter. Window glass was thicker and body paint shinier. Engines and drive trains had achieved new levels of precision.

“Japan took Deming’s ideas about continual improvement seriously and implemented them,” said . Keebler. “With their extra strong bodies and mechanical refinements, the cars rode smoother and quieter, handled better and were more reliable. Detroit had to work very hard to catch up.”
As a result, even high-mileage, decades-old Japanese cars can supply today’s enthusiast with dependable fun, Keebler says. He points to recent online ads for 30-year-old Nissan 300 ZX sports cars. One well-kept 1992 model with 99,000 miles had an asking price of $35,000, while a 1991 turbo-equipped ZX sought $23,000 despite having logged 187,000 miles. 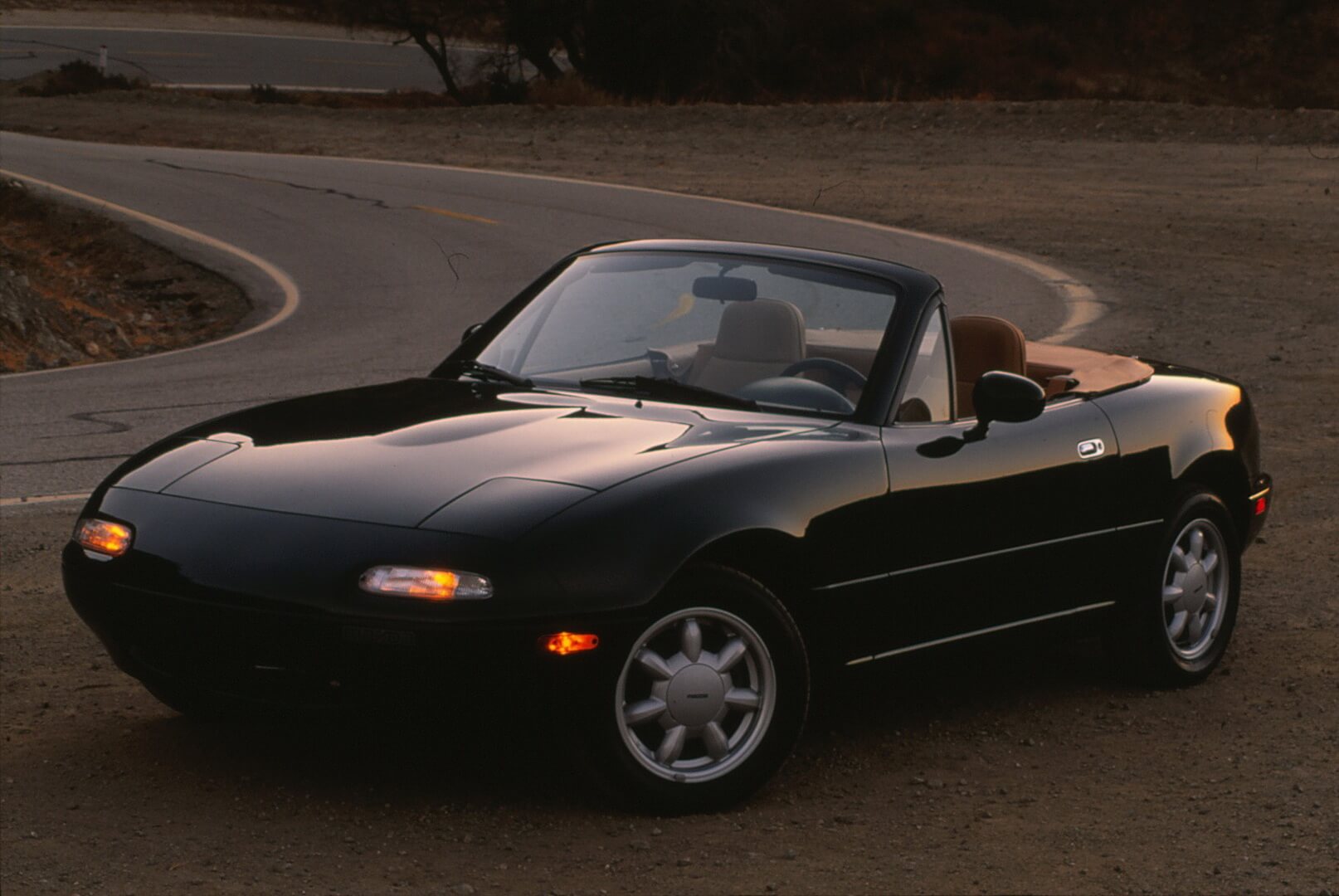 The Miata And The JDM Factor

Among the biggest bangs for an enthusiast’s buck is the Mazda Miata, the world’s most mass-produced sports car, though prices appear to be climbing.

“We never thought we were building a collectible car,” said Tom Matano, the executive director of the School of Industrial Design at San Francisco’s Academy of Art University who led the Miata’s original design team. He said they were inspired by small English roadsters such as MGs, Triumphs and Austin-Healeys.

Early Miatas are included in what Hagerty defines as “up-and-coming” Japanese collectibles, based on final sales and sell-through rates at land-based (as opposed to online) auctions. Other models, mostly from the 1990s, on the list: Acura NSX, Mazda RX-7, Integra Type R, Toyota Supra and MR2, Nissan 300ZX and Honda S2000. As a group, final auction prices and sell-through rates averaged $31,173 and 62 percent in 2018. This year, those figures jumped to $43,403 and 74 percent, said Brian Rabold, the editor of Hagerty’s price guide.

“The up-and-coming collectible market is being driven by millennials,” he said. “If a young person is only going to have one fun car, these models are familiar, usable and affordable. They check all the boxes.” 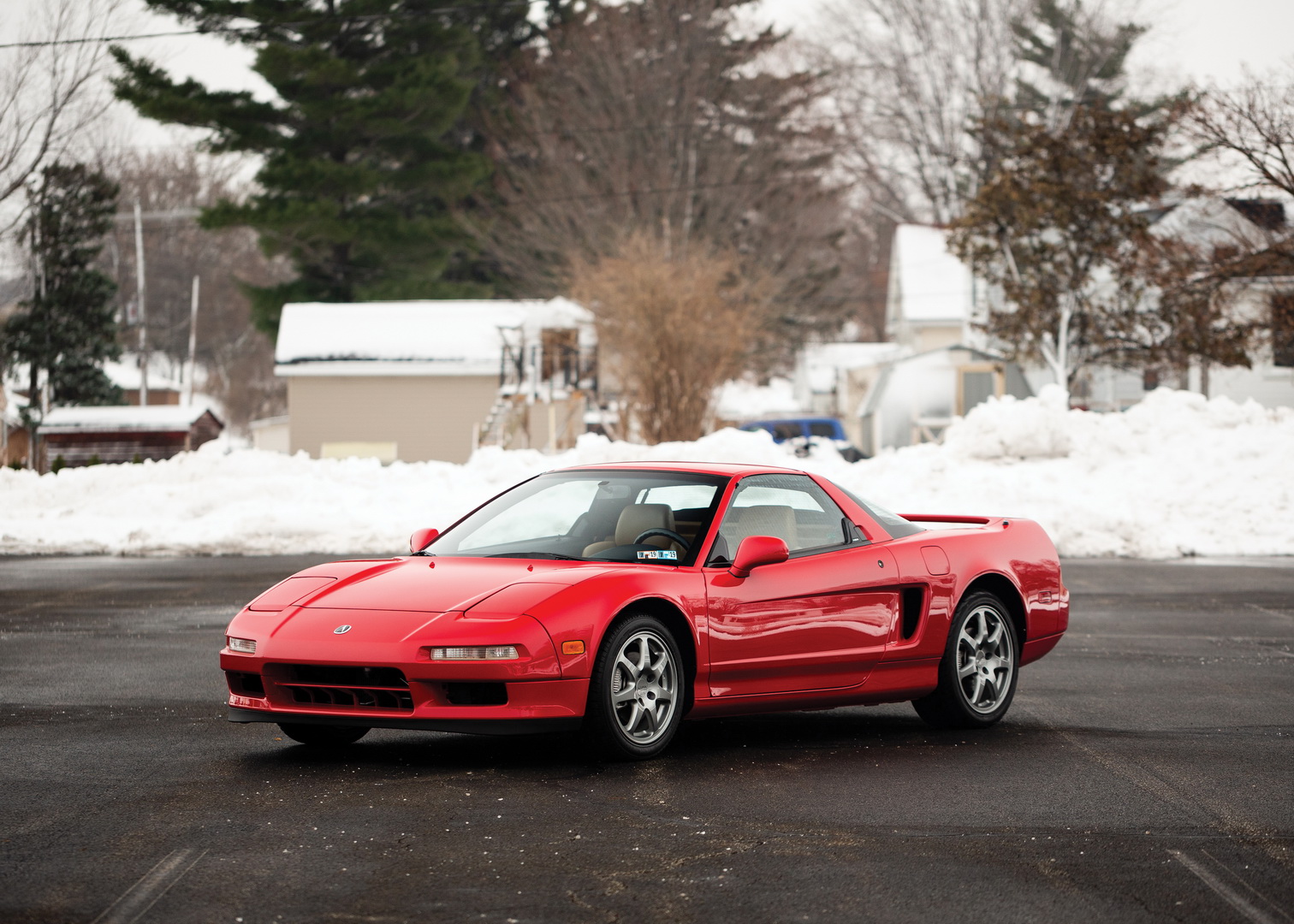 Millennials also dominate the lesser-known JDM collector cars, Rabold added. These are right-hand-drive vehicles that were made for the Japanese domestic market, hence the acronym. Because of a United States law that bans their import for 25 years — except for “show and display” — JDM models such as the Nissan Skyline, Mitsubishi Pajero and Honda City Turbo are only now becoming available stateside.

“These cars tend to be small, quirky and uncomfortable, but they often remind buyers of vehicles they remember from movies and video games,” Rabold explained. JDM cars were part of the draw at September’s Japanese Classic Car Show in Long Beach, Calif. Billed as America’s oldest and biggest display of Japanese vehicles, the event featured more than 400 cars, trucks and motorcycles, claiming in its news release that “what was once forgotten and discarded is now celebrated and revered”.

A growing number of young collectors seem to agree: “There’s still a window to get in at reasonable prices, but the cat is coming out of the bag with Japanese cars,” Keebler conceded. “Their quality is going to validate their collectibility.”