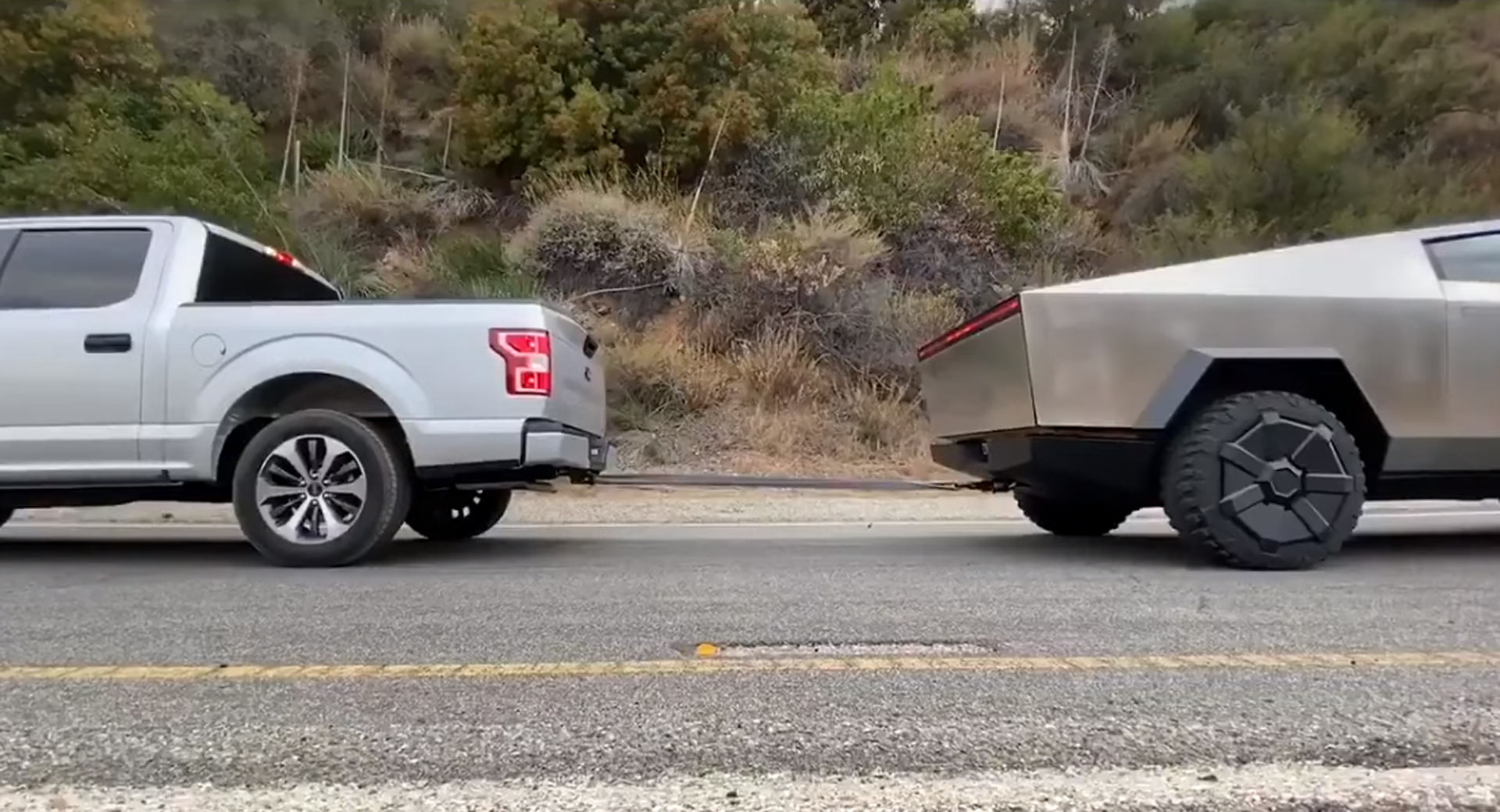 Ford wants Tesla to re-run its tug-of-war-test between the all-electric Cybertruck and the F-150, and Elon Musk seems willing to oblige.

Shortly after Musk shared a video on Twitter showing a Cybertruck pulling an F-150 uphill (a Tweet that has since been liked more than 637,000 times), Ford X vice president Sundeep Madra challenged Musk to send Ford a Cybertruck so they can perform an “apples to apples” test. Musk’s reply? “Bring it on.”

It is understood that the original test involved either the mid- or top-spec variant of the Tesla Cybertruck pulling what appeared to be a V6-powered, rear-wheel drive Ford F-150. Not only that, but the Ford had no cargo in its bed and suffered from a serious amount of wheel spin. If Ford is able to re-do the test, it would want to do so with an F-150 complete with four-wheel drive to make things even.

In a response to Musk, noted astrophysicist Neil deGrasse Tyson suggested that the test wasn’t fair.

“We all love Torque. But high Torque just spins a tire in place if there’s not enough weight to provide traction. Fully load the F150, giving highest traction to its rear wheels, then try to drag that up the hill. I otherwise agree: Load both to the max and the highest torque wins,” he wrote.

Musk has since suggested that the new test will be carried out next week and available to watch via webcast. No matter what you might think about the Cybertruck, it should make for a pretty interesting viewing…

hey @elonmusk send us a cybertruck and we will do the apples to apples test for you 😉😉😉https://t.co/H3v6dCZeV5