After Honda’s streak of record runs on various tracks all over the world with the Civic Type R, it’s now the Renault Megane Trophy-R’s turn to do the same.

The French hot hatch already holds the track records for front-wheel drive production cars at the Nurburgring Nordschleife in Germany, Spa-Francorchamps in Belgium and The Bend Motorsport Park in Australia. As of recently, it’s the record holder at Japan’s Suzuka circuit as well.

With Laurent Hurgon holding the wheel, the new Megane RS Trophy-R ran across the finish line in 2:25.454, on November 26, beating the old record by more than 3 seconds.

Video: Renault Megane RS Trophy-R Is Just As Quick As Alfa’s Giulia Quadrifoglio On The Track 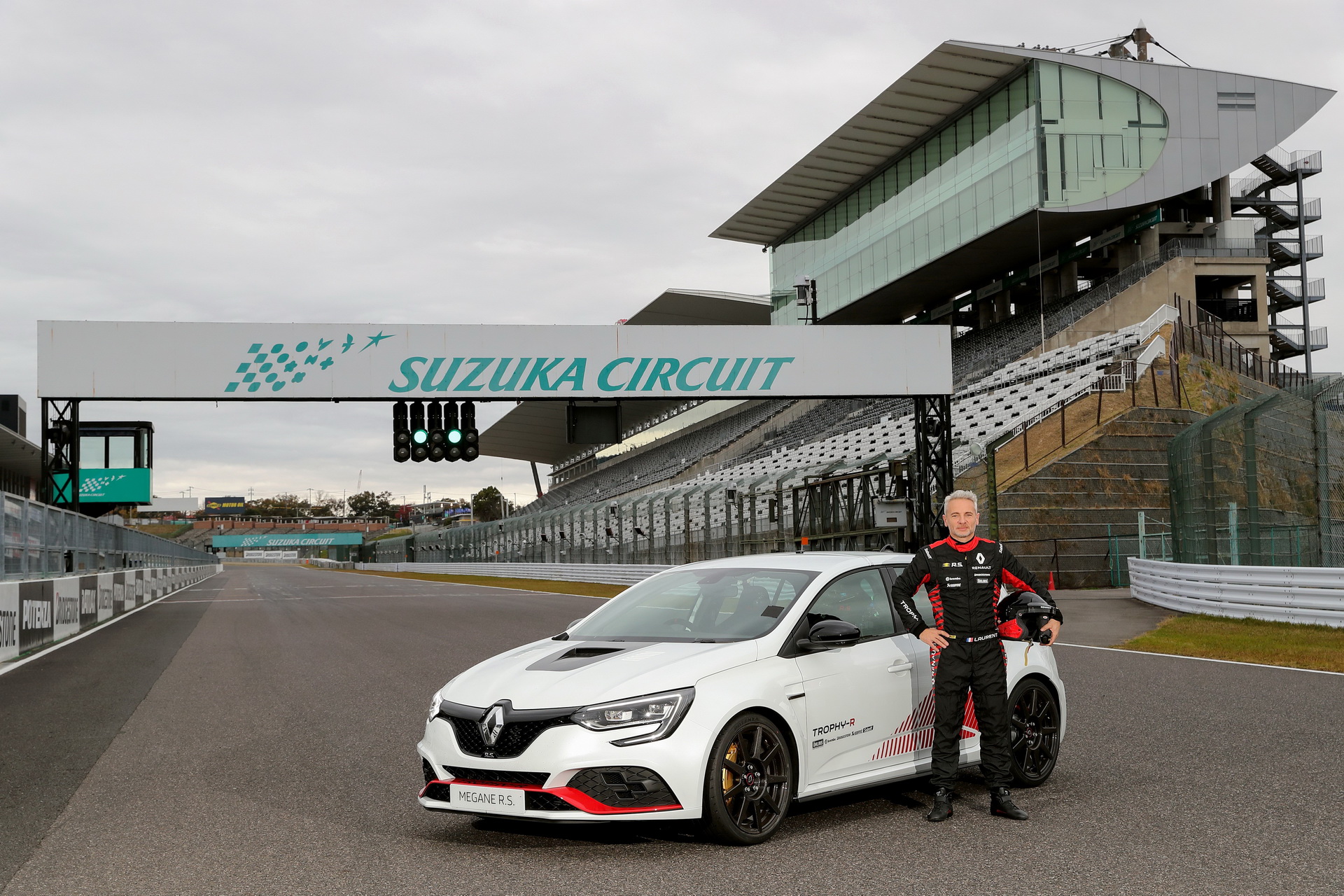 “The new Megane RS Trophy-R has set a new record in its category, this time at Suzuka, the leading circuit in Japan”, said Renault Sport Cars General Manager, Patrice Ratti. “This performance is particularly meaningful for the 10,000 strong local community of Renault Sport and Trophy-R fans. It demonstrates the effectiveness of the specific testing campaign we conducted on site to best meet their expectations. This is enough to further strengthen the relationship with our very international customer base.”

Out of the entire production run of the Megane RS Trophy-R that’s limited to 500 worldwide, more than 50 have already been reserved in Japan, where deliveries will commence in the first half of 2020. Compared to the regular Trophy, the Trophy-R retains the 1.8-liter turbocharged four-cylinder that produces 296 hp (300 PS / 221 kW) and is hooked up to a six-speed manual gearbox but features a revised suspension, improved aerodynamics and a 130 kg (287 lbs) weight reduction, excluding options.