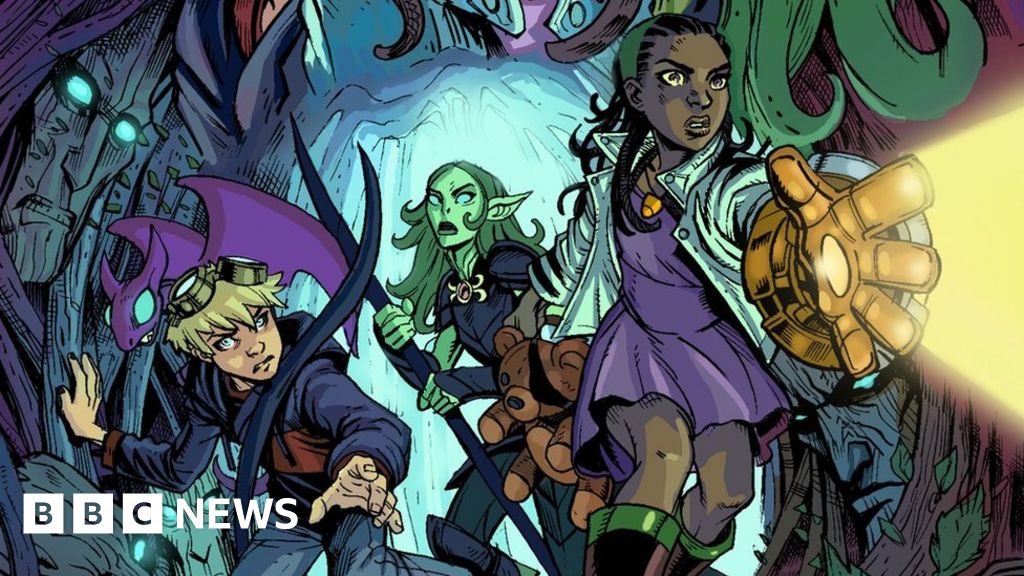 A comic book writer’s claim that the proliferation of piracy is “a real problem” has encouraged others in the industry to share their concerns.

Jim Zub, who writes for Marvel and IDW, tweeted that 20 times as many people read comics illegally shared online, than pay for digital or physical works.

Many other comic creators replied with their own experiences of pirated work.

For some, piracy brought personal and professional costs, while others suggested radical distribution changes.

In the thread, Zub said having work spread without being paid for initially created a “visibility boost” for the creators, but has now become the norm for an audience of “rapid consumption”.

“I don’t want pirate readers to think it’s no big deal or victimless,” he tweeted. “Content worth reading is content worth supporting.”

While some writers responded with stories of their work being replicated without credit on social media, the main worry for some is having digital comics – or scans of physical copies – wholesale re-hosted on other sites.

These sites, said Canada-based Zub, are hosted on foreign servers which “ignore legal attempts to shut them down”.

Dave Gallaher, co-author of comic series The Only Living Girl and co-founder of comic studio Bottled Lightning, was one of many in the industry to agree with Zub’s analysis.

Gallaher said readers are drawn to pirated material due to ease of access, compared with a comic store – plus the status of being “in the know”, and the delay between physical and online copies of big titles being available from publishers such as Marvel and DC.

Gallaher, who’s also co-host of podcast For the Love of Comics, estimates there are 30 million views of pirated comic books per month, a number which “far overshadows actual customers,” and has hit legitimate purchases.

“In the US,” he explains, “digital sales have gone stale for their sixth year, while print comics have declined for two.”

Gallaher’s response has been to make the Bottled Lightning website direct readers to legal downloading sites Paste and Tapas, where the studio’s work is available free, in exchange for fans’ email addresses.

“When we debuted on Paste, we grew our reach from 427 to 10,110 fans within six weeks. People think we’re crazy giving a lot of our stories away for free, but we have also been able to partner with advertisers who want to get their products in front of that kind of audience.

“The success we had putting our work online gave us the momentum to get a literary agent and a series of book deals,” says Gallaher. He also says it’s a way of informing fans about book tours and conventions,

Joe Glass is an independent comics writer from South Wales whose titles are sold through Comixology, a distribution site for comics, and has sales figures “the publisher is happy with”.

However, on one pirate site alone, Glass found that his LGBTQ+ superhero series The Pride and The Pride Adventures had been viewed a total of 16,843 times illegally.

This level of piracy hurts him and many other independent writers and artists, for whom money is “pretty tight”.

“Often I have to consider if I can make it to the events where I sell my work.

“The majority of creators in the industry, even the big names, are working side jobs, sometimes multiple other jobs.”

For a comics creator at the start of their career, working to the scale he is, Glass says piracy is a “stumbling block” to getting further work published, rather than giving him exposure.

“I tried to consider the benefits, but now I ultimately can’t see it as anything other than stealing.”

If every person to pirate his work had bought an issue instead, “it would mean enough payment to me and my whole creative team in full for the series, and a good step of the way into the next project.”

“Instead, the next project is entirely reliant on getting picked up by a publisher who will help fund its creation.”