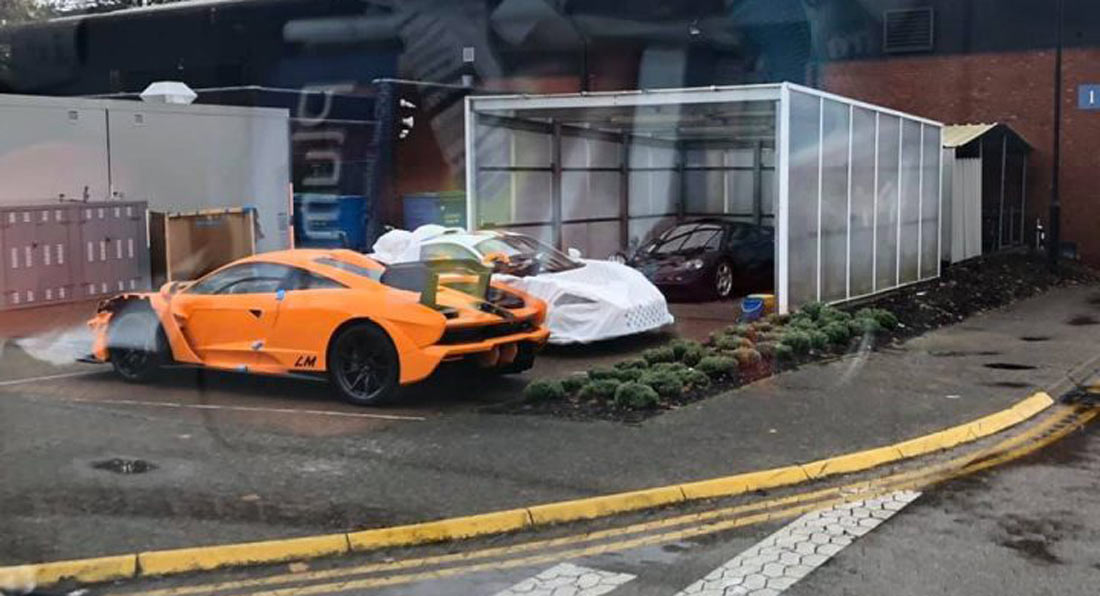 A spy shot and a series of renderings showcasing the latest project from McLaren Special Operations, an eye-catching Senna LM, have surfaced online.

Details about the vehicle remain murky, although it is believed that the photo of the car out in the wild was taken at the rear of MSO’s facility in the UK. It reveals a Senna painted in Papaya Orange, complete with bespoke bodywork, and featuring a small ‘LM’ sticker on the side. The Senna LM can be seen parked next to another Senna as well as an F1 in a car wash bay.

Interestingly, the Senna LM appears to be missing its front left fender, perhaps due to an accident or the (unlikely) fact that the part is still under construction.

Another Special McLaren: New McLaren Elva Is A Roofless Hypercar With No Windshield And A Twin-Turbo V8

Renderings of the car that appeared last month revealed that the vehicle will ditch the glass roof of the ‘regular’ Senna in favor of a more traditional painted roof. Additionally, these renderings depicted the car with wheels very similar to those of the iconic Mclaren F1 LM and a tweaked front fascia with color-matched ‘eye-socket’ headlight surrounds and air intakes.

Inside, renderings show the car with carbon fiber-backed racing seats complete with orange upholstery and ‘LM’ inscriptions on the headrests.

It remains to be seen if the McLaren Senna LM will be a one-off or instead a limited-run model akin to the McLaren P1 LM and the original F1 LM.