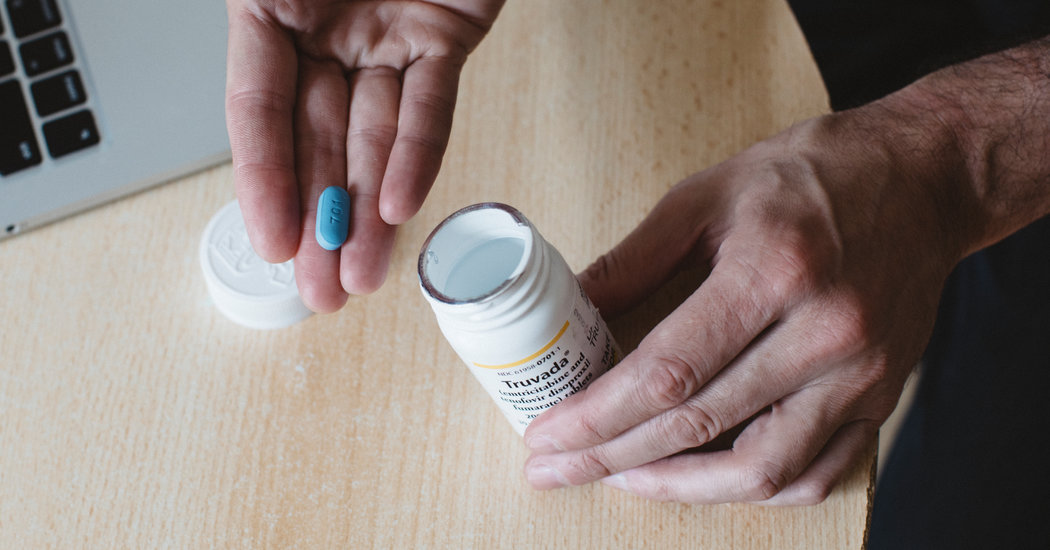 With donated drugs and services provided by major pharmacy chains, 200,000 uninsured Americans will gain access to H.I.V.-preventive medicines at no cost, the Trump administration announced on Tuesday.

The announcement, by Alex M. Azar II, the health and human services secretary, essentially explained how the government plans to distribute the drugs for pre-exposure prophylaxis, or PrEP, that were promised in May by the drugmaker Gilead Sciences.

PrEP describes a strategy of preventing infection with H.I.V. by taking a single pill a day, either Truvada or Descovy. Both are made by Gilead. The strategy is 99 percent effective at preventing infection, studies have shown, and is a mainstay of the administration’s campaign to end the H.I.V. epidemic.

Some American cities with high H.I.V. rates, such as San Francisco, already have programs that pay the costs of PrEP for the uninsured. Gilead itself offers the drug at no cost to those who cannot afford it, or picks up insurance co-pays for patients who qualify.

But the new program — called Ready, Set, PrEP — marks the first time the federal government is supplying PrEP to patients not enrolled in Medicaid, the Veterans Health Administration or any other federal health program.

Under the new program, any patient who lacks health insurance, has had a recent negative H.I.V. test and has a prescription for PrEP — presumably obtained from a doctor — can call 855-447-8410 or sign onto a new government website, getyourprep.com, to apply for free H.I.V.-prevention drugs.

They can also apply in person, Mr. Azar said, through a participating health care provider, such as a community clinic.

Until March 30, the government will pay Gilead $200 per bottle — each bottle of Truvada contains 30 pills — to cover the cost of moving donated drugs from factories through the supply chain to patients, Mr. Azar said.

After that, he said, the Walgreens, Rite Aid and CVS chains will donate dispensing services and offer counseling to patients, and the government will seek cheaper ways to get the drugs from Gilead to those chains.

About 1.2 million Americans could benefit from PrEP because they are at high risk of getting H.I.V. from unprotected sex or needle-sharing, according to Centers for Disease Control and Prevention. Only an estimated 270,000 people are now taking the drugs.

Truvada and Descovy are now mired in billion-dollar patent lawsuits pitting H.H.S. against Gilead. The federal government and the company both claim ownership of patents covering the use of the drugs to prevent H.I.V. infection.

But Mr. Azar said the new program was “not related” to the lawsuits. “That matter will be resolved in the court system,” he said.

Dr. Rochelle P. Walensky, leader of a team at Massachusetts General Hospital that has analyzed the costs of the H.I.V. plans of the Obama and Trump administrations, said she was “having a hard time understanding why the government is paying $200 a month per bottle to dispense these drugs.”

Truvada does not need refrigeration or special handling, and it is distributed free in France and Norway. The drug costs patients only $96 a year in Australia, $384 in Germany and $720 in Ireland.

The company has promised to donate enough of the drugs to cover as many as 200,000 people for 11 years in the United States.

Mr. Azar described the $200 per bottle payments as a stopgap measure that will enable rolling out the drugs as soon as possible. The amount is what Gilead claimed it pays the pharmacy supply chain to distribute its drugs, he said.

After March 30, Mr. Azar said, with a combination of donated pharmacy costs and competitive bidding for distribution contracts, “I think we’ll be able to do better.”

Gilead makes no money from the distribution arrangement, said Ryan McKeel, a company spokesman. It will reimburse vendors but not charge the government for the time of any Gilead employees involved.

Any tax deductions the company takes for its donation, he added, will be based on the cost of making the pills, not on their market value or distribution costs.

James Krellenstein, a founder of the advocacy group Prep4All Collaboration, said the government’s plan “is poised to repeat the errors of Gilead’s own medication
assistance program.”

While uninsured patients may get free drugs under the program, he said, they get no help paying for the medical exam and laboratory tests needed to get and keep renewing the prescription, which can cost up to $1,000 a year.

Instead of focusing on paying Gilead up to $6 million for high pharmaceutical supply chain costs, the government could pay for lab tests for 6,000 patients, Mr. Krellenstein said.

Mr. Azar said that some of those costs are already covered by public clinics, and that his department is seeking $291 million this year from Congress to defray other fees in about 50 high-risk areas, beginning with Baltimore; Baton Rouge, La.; DeKalb County, in Georgia; and Cherokee Nation reservations.

To increase awareness of PrEP, Mr. Azar said, Walgreens and Health Mart, a coalition of independent pharmacies, will publicize the program.

In some cities, including New York, posters and billboards encouraging gay men and other people at risk to use PrEP are ubiquitous. But in more conservative parts of the country — including the rural South, which is now one of the epidemic’s hottest zones — awareness campiagns are uncommon.