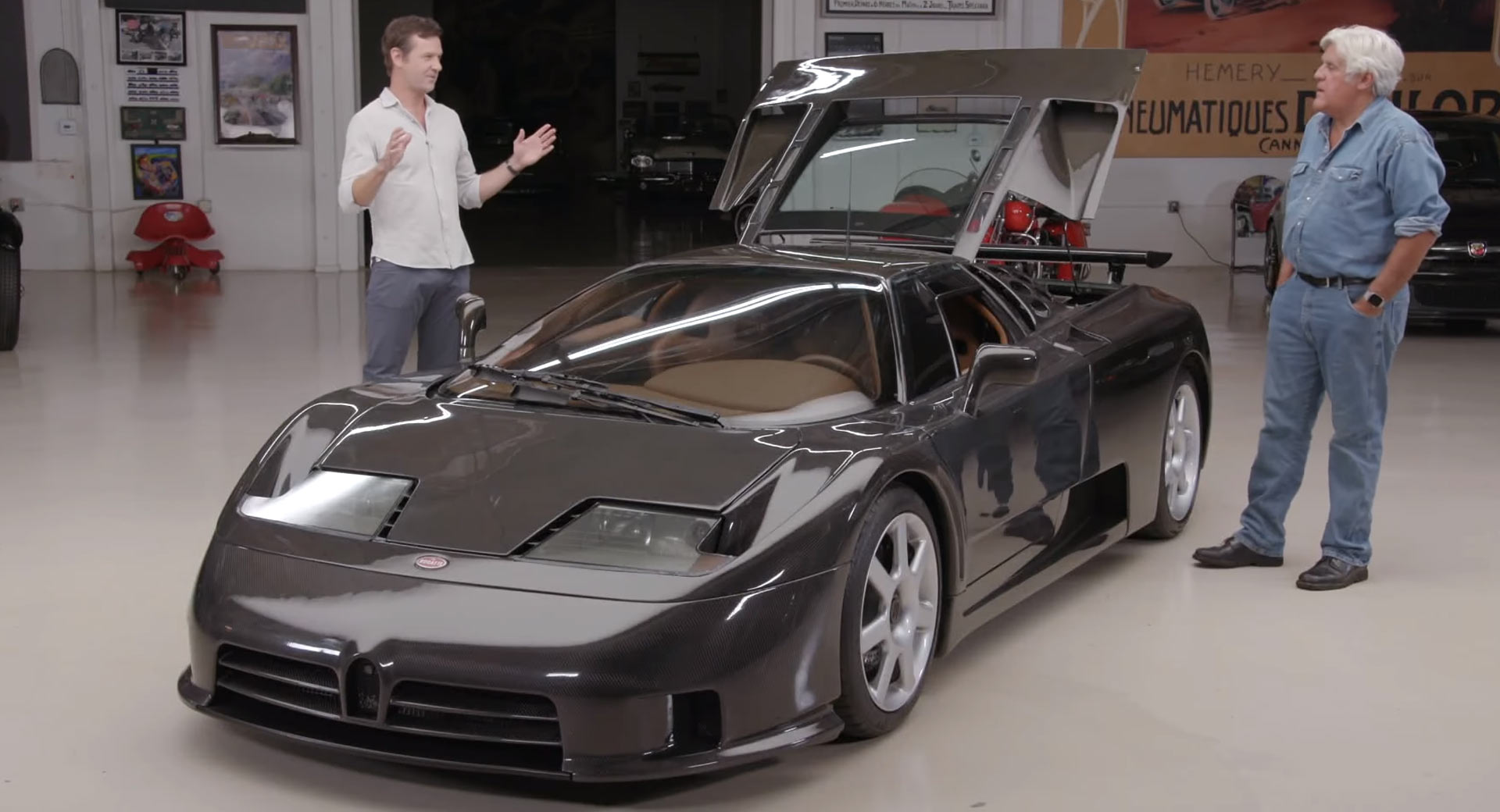 The Bugatti EB 110 SS is a very rare car and the following example recently driven by Jay Leno is unlike any other on earth.

Bugatti commenced production of the EB 110 back in 1991, selling the supercar in GT and SS forms. Unfortunately, the company went bankrupt in 1995 and German company Dauer Sportwagen bought the remaining stock of EB 110 parts from the French automaker’s factory. Between 1999 and 2000, it built up three EB 110 Super Sport models and a single final EB 110 GT. The model featured in this clip is one of those three EB 110 SS cars from Dauer.

The most striking thing about the car is that it is bathed in a bare carbon fiber body. Exterior finishes like this have become increasingly popular over the past decade thanks to the likes of Bugatti, Koenigsegg, and Pagani but back when the EB 110 was built, exposed carbon wasn’t as popular as it is now.

Those Bugatti EB 110 models which actually left the Bugatti factory all came outfitted with quad-turbocharged 3.5-liter V12 engines delivering 553 hp in GT form and 603 hp in the Super Sport models. Modifications made by Dauer to the engines are believed to have resulted in figures somewhere nearer the 705 hp mark.

A decade ago, used EB 110s could be purchased for $200,000 or $300,000. Nowadays, as Leno mentions, people have started to recognize the significance of the car and prices have edged to beyond $1 million. This EB 110 SS, complete with its carbon skin, could be one of the most valuable.