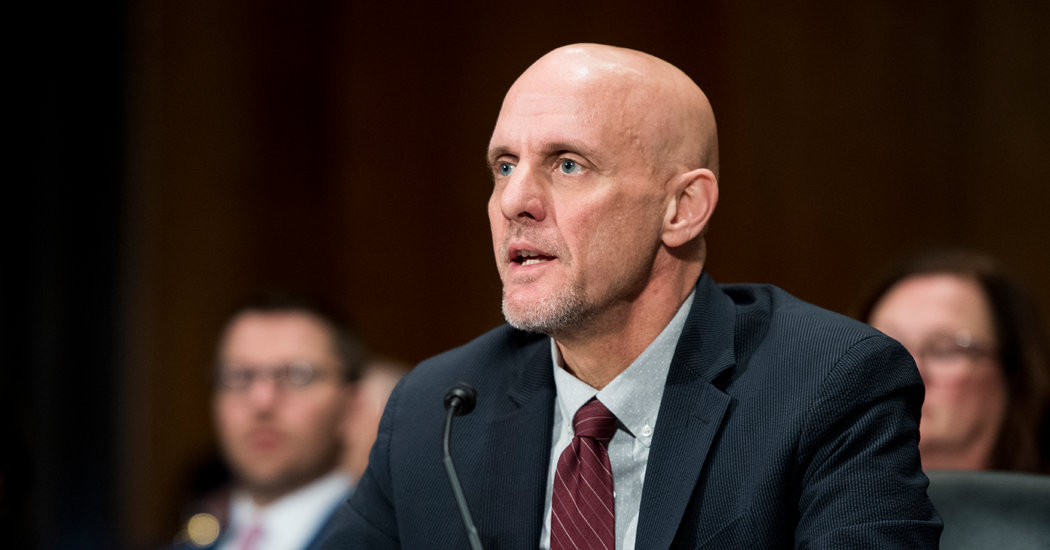 A Senate committee on Tuesday advanced the nomination of Dr. Stephen Hahn, a noted oncologist and cancer researcher, to lead the Food and Drug Administration.

Dr. Norman E. Sharpless, director of the National Cancer Institute, had served as acting commissioner from April to Nov. 1. Although Dr. Sharpless was endorsed by four former F.D.A. commissioners and dozens of patient advocacy groups, he had donated to Democrats, which seemed to weigh heavily against him. Dr. Hahn has donated to Republicans, but not to the president’s campaign.

Since Dr. Sharpless returned to his post at the National Cancer Institute, Dr. Brett Giroir, the assistant secretary of health, has been running the F.D.A.

“Dr. Hahn is well qualified to lead the F.D.A. at this time,” said Senator Lamar Alexander, Republican of Tennessee and chairman of the Senate Health Education Labor and Pensions Committee. The panel voted 18 to 5 in favor of Dr. Hahn. Senator Patty Murray of Washington, the committee’s top Democrat, said on Tuesday that she opposed Dr. Hahn’s nomination because of his refusal to commit to adopting tough e-cigarette regulation. Republican Senator Mitt Romney, of Utah, also criticized Dr. Hahn for failing to take a strong stand against e-cigarettes, but voted for him.

Dr. Hahn, 59, still must be confirmed by the Senate, although no vote has been scheduled. Senator Alexander said he hoped a full Senate vote might occur by the end of the year.

He would be stepping into the job as the F.D.A. is confronting several crises, among them, the continuing outbreak of vaping-related lung diseases, the emergence of cannabis as an unapproved treatment for dozens of ailments, and safety problems with imported drugs.

The agency is also waiting to learn whether the White House will actually ban flavored e-cigarettes. In September, Mr. Trump promised to do so, but since then has backed away from that plan. In late November, at a gathering of tobacco and vaping industry executives and public health advocates, he reopened the matter.

“The United States is at a pivotal moment in terms of public health,” the group wrote. “A confirmed commissioner is critical to ensure F.D.A. is best positioned to continue to carry out the agency’s important mission for millions of Americans.”