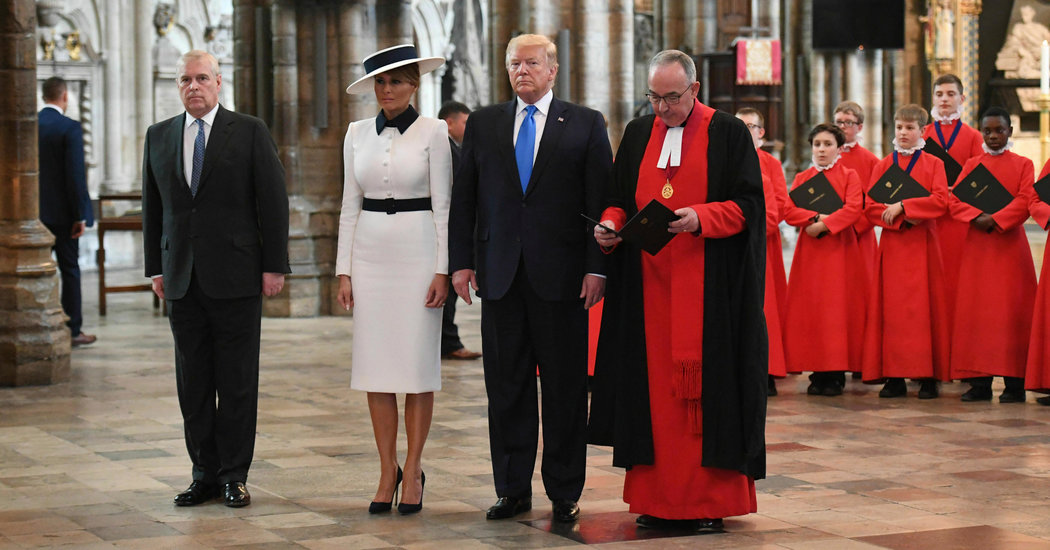 LONDON — President Trump moved on Tuesday to distance himself from Prince Andrew, the son of Queen Elizabeth II who has become entangled in sexual abuse accusations against the disgraced financier Jeffrey Epstein.

“I don’t know Prince Andrew, but it’s a tough story,” Mr. Trump told reporters while visiting London for a NATO meeting, adding: “I don’t know him, no.” But the two have been photographed together repeatedly, including this year.

Prince Andrew, the queen’s third child, announced last month that he was stepping back from public life after a disastrous television interview in which he tried to defend his connection to Mr. Epstein and said he had no recollection of Virginia Roberts Giuffre, who has testified that she was ordered to have sex with the prince in 2001 while being employed by Mr. Epstein.

Ms. Giuffre, who has also spoken publicly about being abused by Mr. Epstein, reiterated the accusations in a British television interview of her own on Monday. The prince has denied any wrongdoing in his interactions with Mr. Epstein, who was jailed for 13 months in 2008 on a charge of soliciting prostitution from a minor. The financier hanged himself in a Manhattan jail in August while awaiting trial on new sex-trafficking charges.

The “I don’t know him” formulation is one that Mr. Trump has often reached for when asked about people whom it has become painful or perilous to discuss, including Matthew G. Whitaker, his rejected choice for attorney general; and Gordon D. Sondland, his ambassador to the European Union.

During his state visit to Britain in June, Mr. Trump toured Westminster Abbey in London with the prince, and they were photographed laughing together.

Mr. Trump, whose friendship is considered a potential liability to Prime Minister Boris Johnson in Britain’s Dec. 12 general election, also told reporters on Tuesday that he did not know anything about Jeremy Corbyn, the leader of the opposition Labour Party and Mr. Johnson’s main rival in the election.

“Jeremy Corbyn?” Mr. Trump said. “Know nothing about him.”

The president had given an opinion on Mr. Corbyn as recently as last month, on a London-based radio show hosted by Nigel Farage, a British politician who had spearheaded the campaign for Britain to leave the European Union.