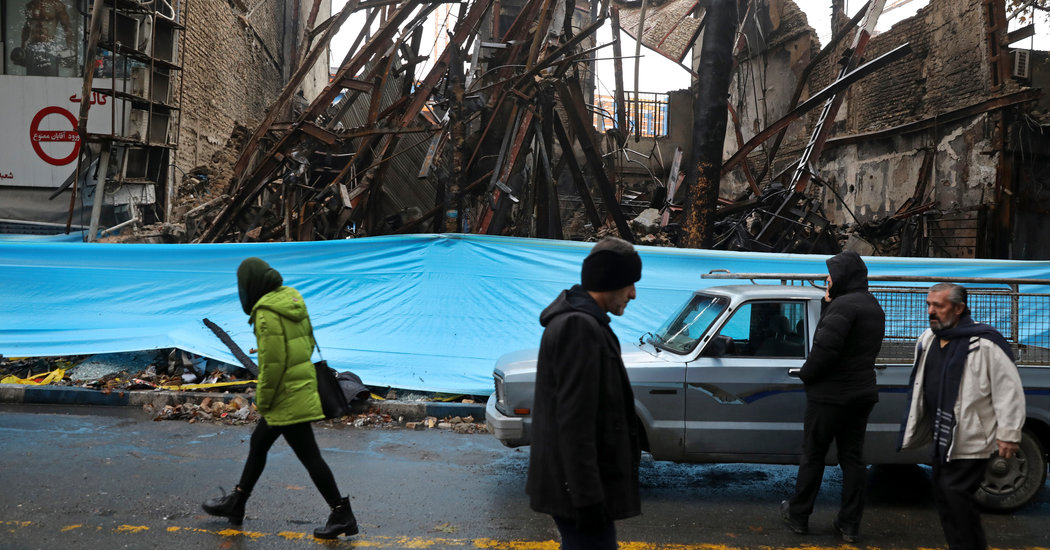 A report on state television on Tuesday said that some of the protesters killed in the crackdown were “rioters who have attacked sensitive or military centers with firearms,” and described how the armed forces had “deftly and vigilantly” fought back against “hostile groups,” according to a translation from The Associated Press.

The comments were among the first admissions by the Iranian authorities that security officers had responded to the demonstrations with lethal force. Iranian officials on Tuesday also denounced reports of the death toll that have emerged since the protests began, saying that the number of victims was much lower but not specifying how many.

About 180 to 450 people are believed to have been killed in the four days of violence that broke out when demonstrators gathered on the streets to protest a gasoline price increase announced on Nov. 15. In that same period, at least 2,000 others were wounded and another 7,000 detained, according to international rights organizations, opposition groups and local journalists.

Press TV, one of Iran’s state-run news outlets, on Tuesday quoted Gholam-Hossein Esmaili, a spokesman for Iran’s judiciary, as saying that the purported casualty figures were false.

“The numbers and figures that are being provided by hostile groups are utter fabrication, and the actual figures are fewer than what these sources claim,” Mr. Esmaili said, according to the news outlet. He did not offer any official figures.

Press TV also reported that dozens of arrests were made in the southern province of Khuzestan on Tuesday, citing intelligence officials. The report may be an indication that the government’s earlier assertion that the protests were over was false.

The Iranian authorities have provided little data about how extensive the protests have been, and officials imposed a dayslong internet blackout during the crackdown that further limited the distribution of information on the violence.

President Trump, during a visit to Britain for a NATO meeting, on Tuesday weighed in on the protests, suggesting without evidence that thousands had been killed.

“Iran is killing perhaps thousands and thousands of people right now as we speak,” he said, a statement vastly out of line with other estimates. “That is why they cut off the internet, so people can’t see what is going on.”