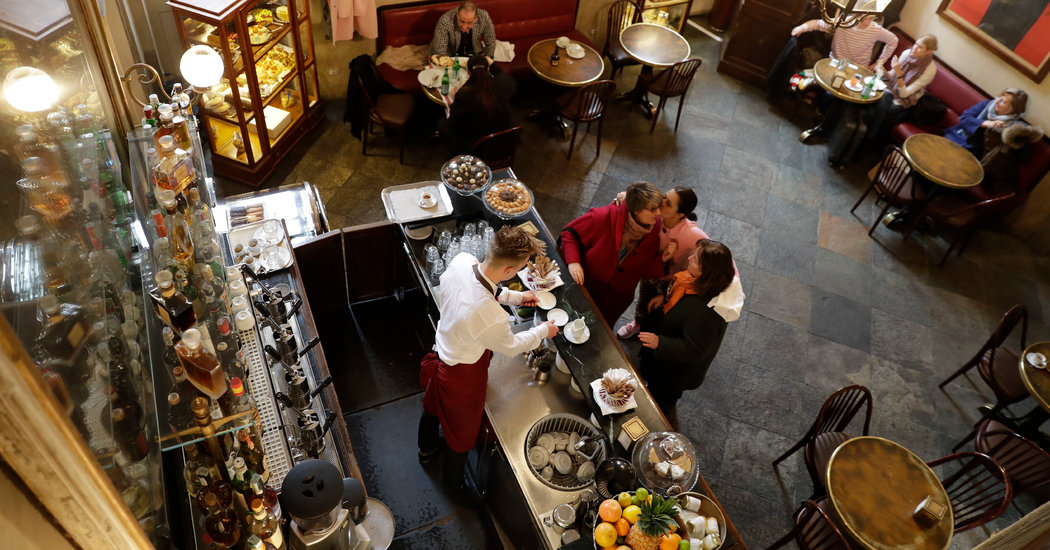 What do Chinese acupuncture, Irish hurling and the polyphonic singing of the Aka Pygmies of Central Africa have in common?

They are all examples of the Intangible Cultural Heritage of Humanity that UNESCO has recognized since it began anointing such things in 2003, racking up more than 500 different practices and traditions so far.

Italy now hopes to inscribe yet another custom to that list: Italian espresso.

“We know very well how important coffee is to Italians, to Italians living abroad and to people around the world who have learned to appreciate something that is also a ritual and an occasion for encounter” and the dissemination of culture, said Maria Chiara Gadda, a lawmaker with Italia Viva, who spoke at a media launch of the coffee campaign in Rome on Tuesday.

Italians do love their coffee. According to the Italian Coffee Committee, a trade group, there are more than 800 coffee roasters in Italy, and more than 150,000 cafes that make espresso. In 2018, Italians consumed 5.9 kilos, or 13 pounds, of coffee per capita.

But traditional Italian espresso is not just any coffee.

“It’s the only coffee in the world that has a cream,” said Giorgio Caballini di Sassoferrato, the founder and president of the consortium sponsoring the candidacy.

Turkish coffee, which made the list produced by UNESCO, the United Nations Educational, Scientific and Cultural Organization, in 2013, is boiled three times, he explained. American coffee is percolated through a filter, while in Sweden, Denmark, Norway and Finland (which tops the European list for coffee consumption per capita, he noted) coffee is lightly toasted and consumed at the dinner table, “like a beverage.”

That’s not nothing. Espresso cream, as per the regulations drafted by the consortium, “must be uniform and persistent for at least 120 seconds from the time the coffee has been dispensed without stirring,” according to a news release. The cream, according to the regulations, must also be “consistent, a dark hazel color, with light streaks.”

To be traditional, espresso must also be made using a bar coffee machine, by a trained ‘‘barista,’’ or cafe operator. The coffee must be freshly ground, and brewed for 20 to 27 seconds.

There are also regulations regarding the type of cup (porcelain with a narrow bottom), amount of coffee in the cup (between 13 and 26 grams) and its temperature, between 90 and 96 degrees Celsius.

Stove top Moka espresso machines and coffee capsules do not count. “We have nothing against capsules,” Mr. Caballini di Sassoferrato said. “We aren’t against any type of coffee, we are for our method.”

Though the consortium was founded only in 2014, the Italian affair with coffee dates back centuries, of course.

Venetian merchants began to trade in coffee beans in the 17th century (some historians believe a century earlier), and by 1750 coffee shops had become so popular in Venice that Carlo Goldoni wrote a popular comedy about one, “The Coffee House.”

“I can assure you that it if weren’t for Italian espresso and the social ritual of espresso coffee, Italy wouldn’t exist as we know it,” said Massimo Cerulo, a sociologist at the Università degli Studi di Perugia. “We cannot separate espresso the drink from the social ritual, because it is a routine, a socially shared practice.”

Coffee was also a harbinger of democracy. “The public sphere as we know it was born in coffeehouses,” he noted, adding that Italy had some of the world’s oldest and most beautiful coffeehouses, like Venice’s “Florian,” Turin’s “Al Bicherin,” or Rome’s “Antico Caffe Greco,” which all opened in the 18th century.

“Around a cup of espresso you have the possibility of meeting many people, regardless of status, class, wealth, political ideas,’’ he said. ‘‘It creates a community.”

Luca Fabbri, a consultant for the consortium, noted that the regulations developed by the consortium had already improved the national coffee culture.

“Even if we don’t get the UNESCO recognition, we’ve already hit the jackpot because the Italian coffee sector is united,” he said.

Last year, Italy was one of eight countries recognized by UNESCO for the art of dry stone walling. And in 2017, the United Nations organization gave a nod to Neapolitan pizza makers.

Tuesday’s media launch was held at the Chamber of Deputies in Rome, and was attended by a half dozen members of Parliament from parties in the majority and in the opposition, a rare moment of concord that was repeatedly commented on by those present.

“The best coffee in the world is Italian so it has the support of everyone,” said Filippo Gallinella of the Five Star Movement.

They joked that the Chamber’s snack bar — known as the ‘‘buvette’’ — was the only place in Parliament where political brawls rarely broke out. Ms. Gadda added that the staff there could use a refresher course on how to make good espresso.

The candidacy now has a series of UNESCO loops and committees to jump through before a decision is taken, possibly next year.

The only problem was the ill-timed news that on Monday a group in Naples had held a symposium, part of a campaign to inscribe Neapolitan espresso coffee, which has its own traditions, on the UNESCO Intangible Cultural Heritage of Humanity list.

Mr. Caballini di Sassoferrato said that in the past he had unsuccessfully tried to reach out to the Neapolitans, who started their campaign after the consortium did. “We were caught off guard, but I wish them luck,” he said.

Francesco Emilio Borrelli, a Green party member of the Campania regional assembly and the president of the region’s UNESCO commission who spearheaded the Neapolitan campaign, denied knowing about the consortium’s bid.

Instead, he found it suspicious that the consortium had called a news conference the day after the symposium’s event. “That’s quite the coincidence,” he noted dryly in a telephone interview.

But Mr. Borrelli held out an olive branch, saying he would try to contact the consortium, “so we can meet and unite forces.”

“Teamwork is important,’’ he said. “The only thing we shouldn’t do is lose time.”