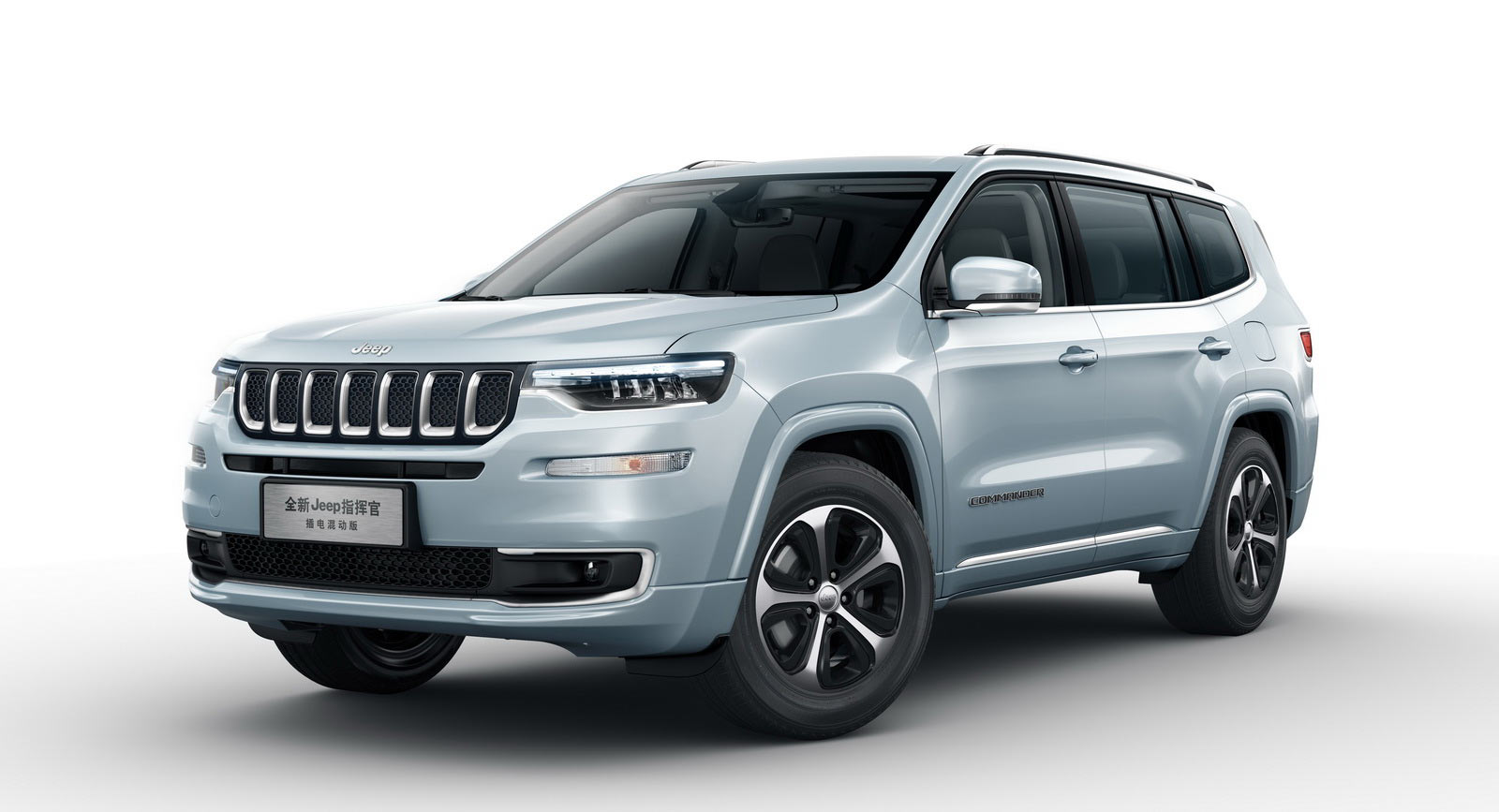 Jeep has started selling its first ever electrified model in China in the form of a plug-in hybrid Grand Commander, with GAC-FCA deciding on a starting price of 309,800 yuan ($44,070) after government subsidies.

The joint venture between GAC and FCA, which began in 2010 as a 50-50 partnership, also produces the regular gasoline-powered Grand Commander, as well as the Cherokee, Renegade and Compass.

The Grand Commander also features a 13 kWh lithium-ion battery pack, stored underneath the floor. The battery can be fully recharged in as little as two hours using a 220V 30A charging station and the 6.6 kWh on-board charger – although it could take as much as 8 hours using the car’s standard charging equipment.

While on the road, drivers can choose between four E-drive modes (Hybrid, Electric, E-Save and Sport), using a rotary switch in the center console. Hybrid is the default mode, while Electric saves gas for later use, limiting top speed to 125 km/h (77 mph). As for the E-Save mode, it maintains battery, while Sport mode gives you maximum output.

Unfortunately for Jeep, their sales have been impacted severely in China by the market downturn. The U.S. automaker has only delivered 57,804 vehicles in the first ten months of 2019, marking a massive 46% drop compared to the same period in 2018, reports Autonews Europe. Meanwhile, local sales in 2018 fell 39% to 125,181, according to GAC.