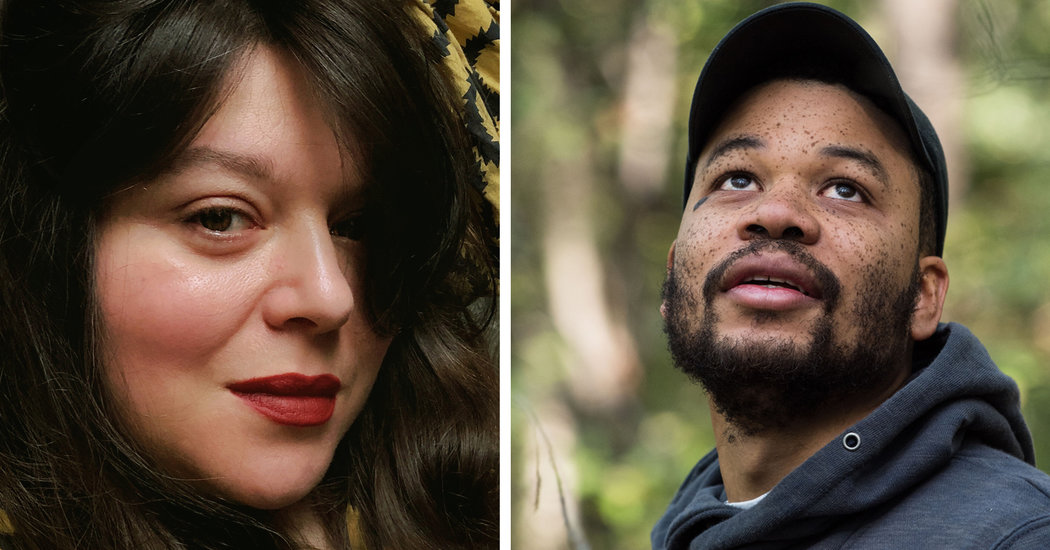 MARGATE, England — Oscar Murillo, the Colombian-born artist once hailed as the new Basquiat, has won this year’s Turner Prize, the biggest award in British art.

So has Lawrence Abu Hamdan, an artist who recreates the sounds of crime scenes and human rights abuses.

Tai Shani, a feminist artist who creates fantasy worlds “beyond patriarchal limits,” has also won it.

As has Helen Cammock, who makes feature-length films about the forgotten role of women in civil rights struggles.

On Tuesday night, in an announcement likely to baffle the art world, the Turner Prize’s jury said that all four artists, who had been shortlisted for Britain’s leading art prize back in May, had won as a collective.

The announcement was met with cheers and a standing ovation at the ceremony in Margate, a British seaside town that is home to Turner Contemporary, the museum hosting the prize’s annual exhibition.

The decision was driven by the artists themselves, Alex Farquharson, director of Tate Britain and chair of the prize’s jury, said in a telephone interview. The artists had decided they wanted to be jointly nominated back in May, shortly after meeting for the first time, he added. On Tuesday morning, a letter to that effect was presented to the jury, he added.

“Each of us makes art about social and political issues and contexts we believe are of great importance and urgency,” the letter said. “The politics we deal with differ greatly, and for us it would feel problematic if they were pitted against each other, with the implication that one was more important, significant or more worthy of attention,” it added.

The group said a collective prize would also be a strong statement “at this time of political crisis in Britain and much of the world, when there is already so much that divides and isolates people and communities.”

The jury “rapidly, unanimously” agreed to the artists’ request, Mr. Farquharson said, feeling it reflected their work. “Their art, like so much art, addresses politics, addresses ethical concerns so I think in each case the poetics and politics of their work is inseparable,” he said.

The group will share the prize fund of 40,000 pounds, around $52,000, a spokeswoman for the prize confirmed in an email. Past winners have included Damien Hirst and Steve McQueen, the director of the movies “12 Years a Slave” and “Widows.”

More recent winners — such as last year’s, Charlotte Prodger, an artist who shoots films on her iPhone — have been less illustrious, but the prize has maintained its status as the major talking point of Britain’s art world — or at least a chance for its newspaper critics to complain about the state of that art world.

The exhibition associated with this year’s shortlist received typically mixed reactions. Waldemar Januszczak, writing in The Sunday Times, railed against the judges for putting politics above art. “The use of the Turner as a propaganda vehicle for ultra-Londony evening-class lectures has become seriously off-putting,” he wrote.

“People don’t go to art to be turned into better citizens,” he added. “They go to art to have their eyes pleasured and their hearts touched.” The prize had “largely forgotten” that, he said. He pointed out that he agreed with the artists’ political positions.

But some took a different stance on the prize’s political thrust. “After years in the wilderness, the Turner is gaining identity and purpose in its commitment to exploring the expansion and original possibilities of political art in turbulent times,” Jackie Wullschläger wrote in The Financial Times. The shortlist was “a small miracle,” she said, as it contained two artists — Mr. Murillo and Mr. Abu Hamdan — “more substantial, fascinating and globally ambitious than any Turner laureate this century.”

The Turner Prize’s decision comes just weeks after a similar move by another major cultural prize. In October, the Booker Prize — Britain’s major literary award — was widely criticized after the judges gave it to two books: Margaret Atwood’s “The Testaments” and Bernardine Evaristo’s “Girl, Woman, Other.”

Mr. Farquharson said he did not know whether the Turner Prize’s decision would get a similar reaction, but hoped not. “I think people will be very moved,” he said. “It is a symbolic gesture, but very meaningful at this time,” he added.

He did not expect it to be repeated next year, he said. “Artists always want to surprise and do things differently,” he added.