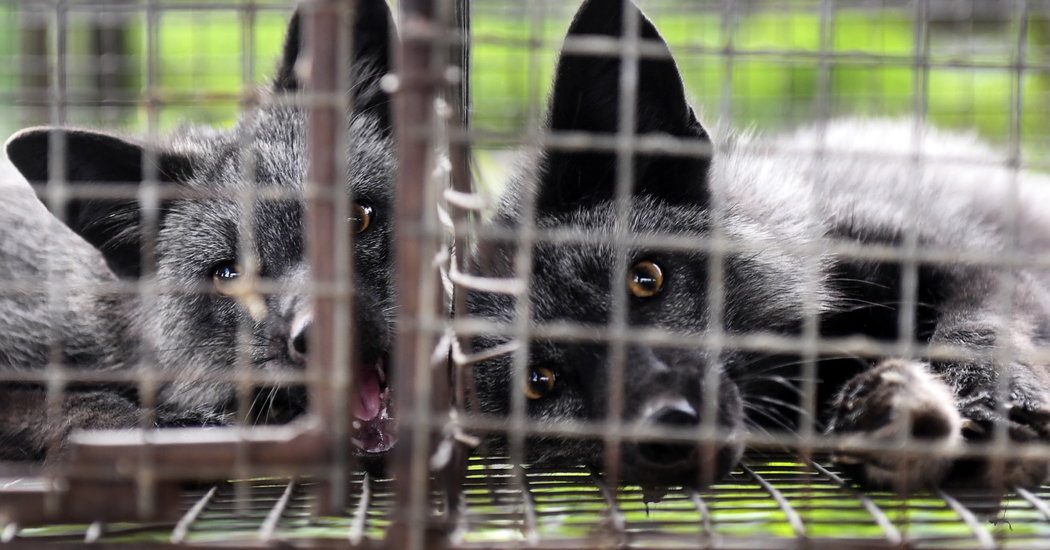 In the 1950s, Dmitri K. Belyaev began one of the most famous experiments in animal domestication. Dr. Belyaev, a geneticist at the Institute of Cytology and Genetics in Novosibirsk, Russia, selectively bred foxes that he had acquired from a fur farm, concentrating only on reducing their fear of humans.

Within 10 generations, he wrote in 1979, “Like dogs, these foxes seek contact with familiar persons, tend to get close to them, and lick their hands and faces.”

In a new paper in the journal Trends in Ecology and Evolution, several scientists have challenged a common interpretation of Dr. Belyaev’s results, and have questioned whether scientists who study domestication have any common understanding of what the word means.

The authors don’t dispute the essence of Dr. Belyaev’s work: the selection for tameness, which is regarded as profoundly important in exploring the genetics and evolution of behavior.

But that wasn’t all that Dr. Belyaev discovered. His foxes also showed physical changes, like piebald coats and floppy ears — characteristics shared by dogs, cows and other domesticated animals.

Dr. Belyaev and the researchers who followed up his work suggested, as had Charles Darwin before them, that there might be a collection of physical traits that go along with tameness called domestication syndrome.

The authors of the new paper argue that this idea is undermined by an intriguing sub-chapter in the long history of the fur trade in Canada. The reaction to that criticism from other scientists has been mixed, reflecting contentious but cordial disagreements about what domestication is and how it happens.

The average pet lover may know the story of the foxes from a book by Lee Alan Dugatkin and Lyudmila Trut, who collaborated with Dr. Belyaev, called “How to Tame a Fox (and Build a Dog).”

Far fewer people probably know about the development of fox farming on Prince Edward Island, Canada’s smallest province. This history is buried in plain sight, you might say, since you can learn about it easily if you visit International Fox Museum and Hall of Fame on the island.

The museum is not a common destination for evolutionary biologists who specialize in domestication. But one of them did visit back in 2015, and he was taken aback.

The late Raymond Coppinger, a biologist at Hampshire College in Massachusetts who was a major contributor to the study of dog evolution, toured the museum and returned full of questions.

“He saw these pictures of spotted foxes, and they looked just like the Belyaev foxes,” recalled Kathryn Lord, an animal behaviorist at the Broad Institute in Cambridge, Mass., and the first author of the new paper. Dr. Coppinger was her mentor at Hampshire College.

There have been academic reports as well, suggesting that the Russian foxes hailed from Prince Edward Island, Dr. Lord said: “Different pieces of the story were all over, but nobody had put it together.”

As it turned out, genetic tests showed that Dr. Belyaev’s foxes did have roots in eastern Canada, which almost certainly meant Prince Edward Island. So the question bothering Dr. Coppinger and Dr. Lord was this: How much domestication had gone on before the famous fox experiment began?

She got the attention of Elinor Karlsson, a geneticist at the Broad Institute in whose lab Dr. Lord worked. And she drew in Greger Larson, a specialist in ancient canine DNA at the University of Oxford in England, who is deeply involved in questions of dog evolution and domestication. They began to refine the work Dr. Lord and Dr. Coppinger had already done.

Dr. Belyaev had plainly stated that his foxes were from farmed stock. So some domestication must have occurred before his experiment, said Anna Kukekova, a geneticist at the University of Illinois who researches the genetics of Russian foxes and has collaborated with Dr. Trut.

They were bred mainly for the look of the pelts. In 1910, one company sold 25 skins for $34,649.50, according to “Silver Fox Odyssey: History of the Canadian Silver Fox Industry.”

Then breeding stock became more profitable. “Old proven breeders of good quality were valued during the last months of 1912 at from $18,000 to $25,000 a pair,” according to a 1913 report by the Canadian government quoted in “Silver Fox Odyssey.” Eventually the industry declined, and there are only traces of it remaining.

The museum on Prince Edward Island has old photographs that show foxes looking very comfortable with human beings. And as Dr. Lord took a deep dive into fox-farming history, she found other sources suggesting the animals were already somewhat domesticated, including “The Black Fox Magazine,” a publication for people who hoped to make their fortune raising foxes for their pelts.

The magazine offers a glimpse into a bygone world. For example, an article by F. E. Muzzy in the January 1921 issue described the 1921 International Fox Show in Montreal. Mr. Muzzy wrote that one of the island’s fox industry bigwigs, Leo Frank, brought a pair of tame foxes to town, and not only walked them on leashes but took them to a dance “where the girls did the fox trot with these foxes around their necks.”

Hearsay, of course, but a good story, given the other evidence.

Dr. Belyaev’s claims in his landmark article were twofold. One, he had shown how quickly one could select for tameness and tolerance of human beings. The second was that breeding, or selecting for lack of fear in the presence of humans, also had brought about other changes, like floppy ears, spotted coats and differences in tail carriage.

He didn’t use the term, but that suite of physical traits came to be known as domestication syndrome. And it was thought to cross species, showing up in cows and goats, for example, as well as foxes.

The idea of domestication syndrome, said Dr. Larson, has been appealing but not thoroughly examined. He, Dr. Lord and their colleagues looked at 10 papers that defined domestication syndrome and found that there wasn’t one trait that was included in all the definitions. “What the hell are we even talking about here?” he asked.

The authors argue that the foxes already showed some of the physical traits that Dr. Belyaev described by the time he got them. His breeding may, however have affected how frequently the traits appeared.

The researchers also note that different species show different combinations of the traits that were proposed to be in the syndrome.

“The paper provides the final nail in the coffin to the idea of a universal set of traits characterizing all domesticated animals,” said Marcelo R. Sánchez-Villagra, a professor of paleobiology at the University of Zurich who studies domestication and was not involved in the study.

But that was not surprising, he added, given other research showing varying processes of domestication. He appreciated “the critical look at the fox experiment, because I also think its value has been overestimated.”

Dr. Kukekova said she found that critique oversimplified, although she sympathized: “I completely understand their frustration with domestication syndrome.”

But “many aspects of the fox domestication experiment were not presented correctly,” she added.

Dr. Belyaev created a pattern of behavior totally different from that of the farmed foxes he began with, Dr. Kukekova said. The old photographs of the friendly foxes were not scientific evidence, she added, and there was no evidence that the foxes actively sought out human interaction, as Dr. Belyaev’s did.

She cautioned, however, that there is an enormous difference between a domesticated animal and a pet. The foxes “are domesticated, but they are not pets,” she said.

Adam Wilkins, a biologist at Humboldt University in Berlin, found the new paper “deeply flawed.” In a personal letter to the authors, he argued that mammals do share a suite of physical characteristics that go along with tameness.

Dr. Wilkins has argued that mutations in cells in a part of the embryo called the neural crest are linked to behavioral and physical changes.

“The fact that different kinds of domesticated animals have somewhat different sets of the affected traits is perfectly consistent with the idea of a ‘syndrome’,” he wrote in an email.

Asked if there was a working definition of domestication, Dr. Sanchez-Villagra replied, “There are as many as there are authors who have provided a definition.”

Despite their differences, the spirit of collaboration and scientific discourse among researchers in the quite small field of canine evolution might best be captured by Dr. Wilkins at the end of his letter.

He tempered his criticisms with a friendly note, concluding, “We clearly share a strong interest in the subject and I suspect a love of dogs. Here, I attach a picture of my personal favorite domesticated animal, my dog Wolfie.”