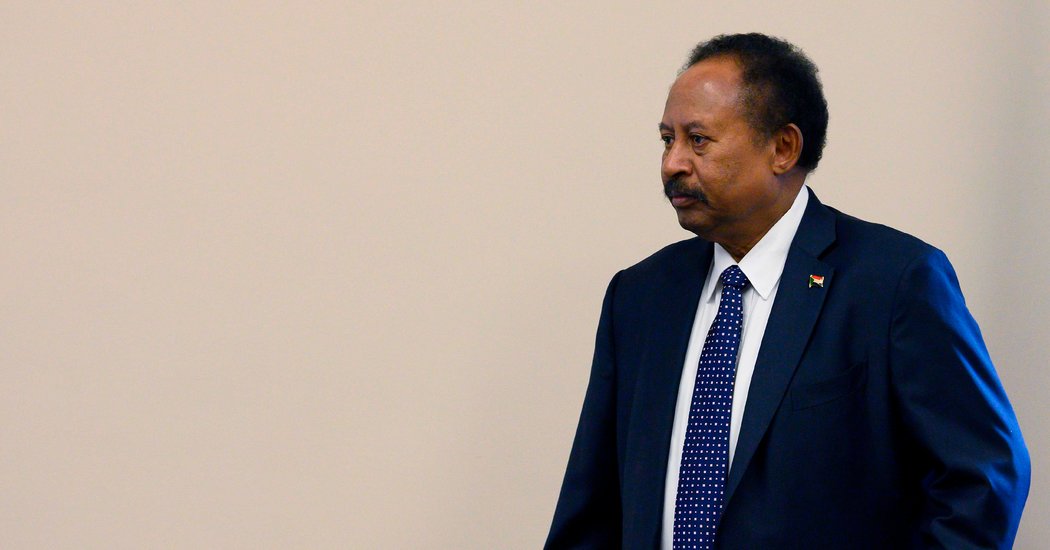 WASHINGTON — The United States said on Wednesday that it would begin exchanging ambassadors with Sudan after a 23-year gap, a sign the countries intend to strengthen diplomatic ties.

The announcement by Secretary of State Mike Pompeo was the Trump administration’s vote of confidence in a new Sudanese civilian-led government installed in August after a sweeping revolution ended military rule.

Mr. Pompeo said the move could help transform Sudan’s political and economic systems, bolstering changes demanded by protesters who filled the streets of the country’s major cities over the summer and withstood harsh crackdowns — including killings — by security forces.

Since taking office this summer, Prime Minister Abdalla Hamdok “has demonstrated a commitment to peace negotiations with armed opposition groups, established a commission of inquiry to investigate violence against protesters and committed to holding democratic elections,” Mr. Pompeo said in a written statement.

Mr. Hamdok, an experienced administrator and British-trained economist, is visiting Washington this week, where he is, among other things, asking the administration to drop Sudan from the State Department’s list of state sponsors of terrorism.

The potential removal of Sudan from the list would continue to be a consideration, a State Department official said, and the move to install ambassadors suggests the department may comply, which would leave only three countries on the list. The others, Iran, Syria and North Korea, have no diplomatic ties with the United States. The terrorism designation means that restrictions remain on foreign aid and military sales.

Mr. Pompeo was in Lisbon on Wednesday to meet with Prime Minister Benjamin Netanyahu of Israel, so David Hale, the third-ranking State Department official, spoke with Mr. Hamdok instead. Among the topics of discussion were a political road map for South Sudan, which broke away from Sudan in 2011, and efforts to establish “peace between the government and Sudan’s armed opposition groups,” the State Department said in a summary of the meeting.

In 2017, the United States lifted a number of sanctions against Sudan, including general restrictions on trade. Penalties related to the conflict in Darfur are the only financial sanctions that remain, said the State Department official, speaking on the condition of anonymity so as not to override the department’s official statements about the visit.

Mr. Hamdok also met with members of the House Foreign Affairs Committee on Capitol Hill. The committee said in a statement afterward that in discussing the terrorism designation, lawmakers “raised lingering concerns about the need for financial transparency within the security sector and about remaining elements of the old regime who may still support international terrorism.”

Before being delisted, lawmakers said, Sudan “must reach a settlement with the families of the victims” of several attacks carried out by Al Qaeda operating in the country. Those include the American Embassy bombings in Kenya and Tanzania in 1998 and the bombing of the destroyer Cole in 2000.

In an interview on Tuesday with NPR, Mr. Hamdok said Sudan’s designation hampered its potential for economic growth and ability to pay off debt. He pointed to a shortage of commodities and double-digit inflation.

“So I think we would like to see decent companies from all over the world, but particularly from the U.S., to come and invest in our country, that will create jobs,” he said. “And all this can only happen if we are delisted from this list.”

The revolution toppled Sudan’s ruler of 30 years, Omar Hassan al-Bashir, leading to his imprisonment. Mr. Bashir is awaiting trial on corruption charges. The transitional government is grappling with questions of justice and the punishment of former officials who took part in atrocities over the decades.

In the interview, Mr. Hamdok said that his government was committed to eliminating “dehumanizing” laws, stressing that it recently repealed so-called morality laws that imposed restrictions on women’s clothing and freedom of movement.

“The sky is the limit,” he said, “for our ambition in observing the human rights of our people.”