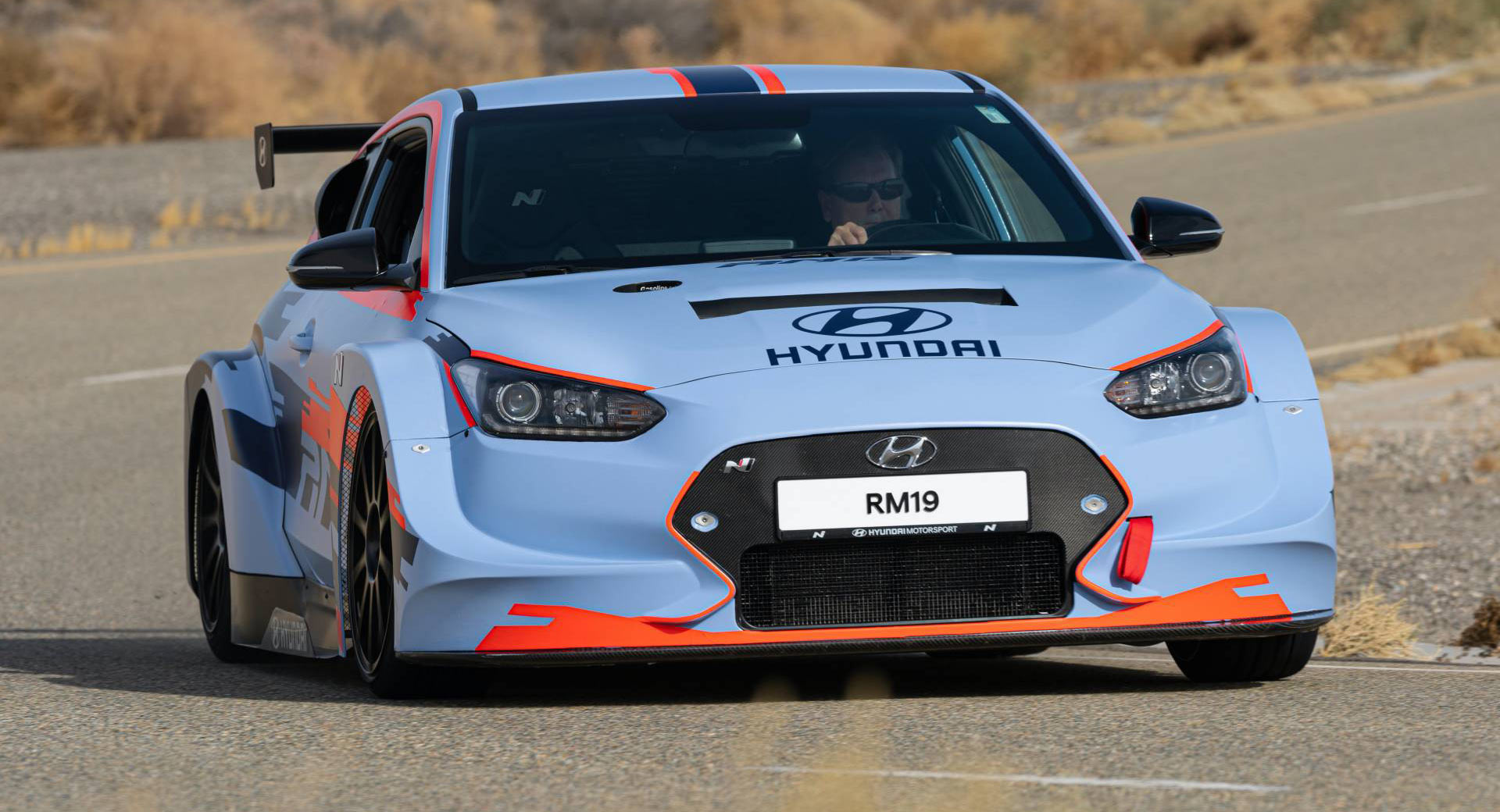 Hyundai’s N performance division is working on a mid-engined production car and the thrilling RM19 is an early test-bed for this vehicle. Matt Farah, as well as a handful of other publications, recently had the opportunity to drive the car at the Hyundai California Proving Ground.

Officially dubbed the Hyundai RM19 Racing Midship Sport Car Prototype, the vehicle was unveiled to the world at the recently Los Angeles Auto Show and started out life as a front-wheel drive and front-engined Veloster. Hyundai engineers then set about transforming it into something unlike any other car from the South Korean car manufacturer.

Powering the Hyundai RM19 is a 2.0-liter four-cylinder engine with the larger turbocharger of a Mercedes-AMG A 45. The company claims this powertrain delivers 390 hp but according to Hyundai Motorsport calibration engineer Alberto Iob, it actually produces in excess of 400 hp. Coupled to the engine is a TCR-sourced six-speed sequential transmission that sends power exclusively to the rear wheels.

Speaking with Car and Driver, the head of Hyundai’s High Performance Vehicle and Motorsport Division, Thomas Schemera, confirmed that the car manufacturer wants to build a mid-engined sports car but insisted such a vehicle has yet to be granted approval for production. If it is given the go ahead, it will be three of four years down the road and feature a flexible platform that would also work for other Hyundai, Kia, and Genesis models that has the ability to support electric, hybrid, and fuel-cell powertrains.