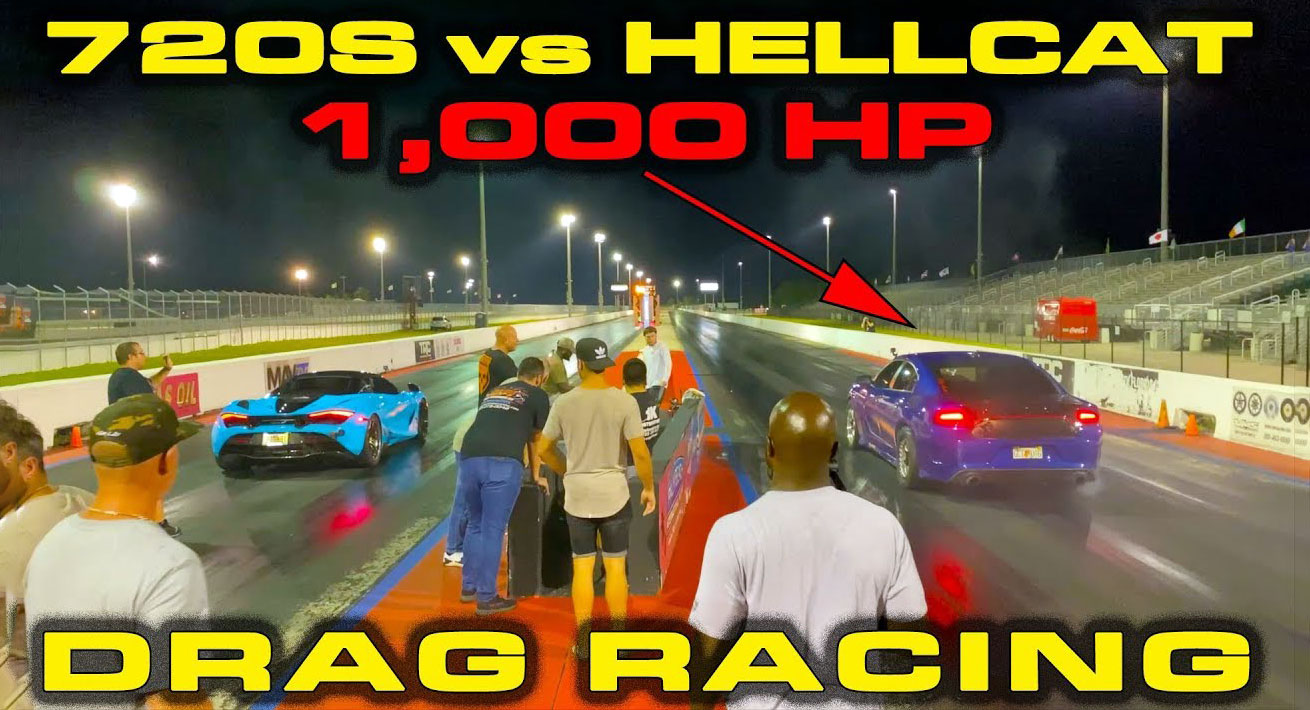 It’s been almost three years since the McLaren 720S was unveiled to the world and in that time, very few high-performance vehicles have managed to surpass it for straight-line acceleration. Can a tricked-out Dodge Charger SRT Hellcat do the job?

To see, Drag Times pitted the heavily-modified super sedan against a McLaren 720S Spider that itself benefits from a series of modifications, namely a set of new downpipes, a tune, and some Toyota R888R tires.

Watch: It’s Very Hard To Find Something Wrong With The McLaren 720S Spider

The changes made to the Dodge are a little more comprehensive. They include a new supercharger pulley, tune, complete exhaust system, and an E85 conversion that helps the car deliver more than 900 hp to the rear wheels. What’s more, it is also rolling on a set of drag radial tires which should give it a big advantage over the McLaren.

So, did all these modifications help the Charger overcome the McLaren? Skip to the video you don’t want to know.

In the two races held, the McLaren 720S Spider was able to make the most of its minimal overall weight and out-accelerate the Dodge. In both of the runs, the British supercar recorded times in the 9.7-second range. By comparison, the first run of the Dodge saw it set a 10.2-second quarter mile while in the second run, the driver achieved a more respectable 9.9-second run.

Will the day come where the McLaren 720S is knocked off its perch? Absolutely. However, it may not be one of the McLaren’s rivals that does it but the carmaker itself as it is readying a lighter and more powerful LT version of the 720S, potentially dubbed the 750LT.