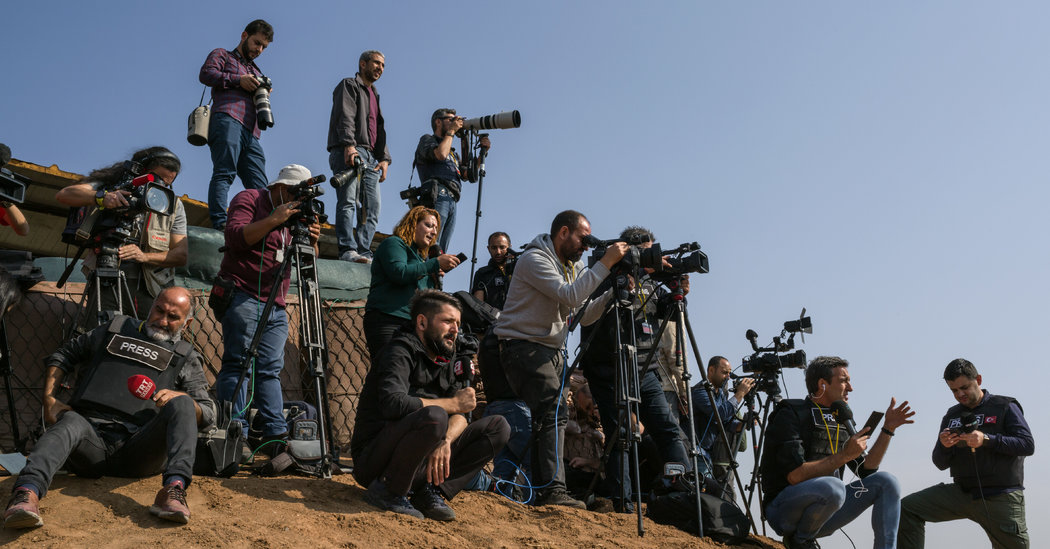 China nudged past Turkey as the leading jailer of journalists this year, a press advocacy group reported in its annual survey, partly because of severe repression in China’s Xinjiang region and Turkey’s eradication of “virtually all independent reporting,” which has left many reporters unemployed, driven into exile or intimidated into self-censorship.

The survey, released Wednesday by the Committee to Protect Journalists, also found that authoritarianism, instability and protests in the Middle East had led to a sharp rise in the number of journalists incarcerated in that region. Saudi Arabia and Egypt now share the rank of third-worst jailer of journalists, the group said.

For the fourth consecutive year, at least 250 journalists were imprisoned around the world, the group said in a news release announcing the findings. It said President Xi Jinping of China, President Recep Tayyip Erdogan of Turkey, Crown Prince Mohammed bin Salman of Saudi Arabia and President Abdel Fattah el-Sisi of Egypt had shown “no sign of letting up on the critical media.”

It was the first time in four years that Turkey had not claimed the dubious title in the group’s survey, as the number of journalists incarcerated there fell to 47 from 68 in 2018. But the group said the reduction did “not signal an improved situation for the Turkish media.”

Rather, the group said, the reduction reflected the successful drive by Mr. Erdogan to “stamp out independent reporting,” with actions that included the closing of more than 100 news outlets. Scores of journalists are now in exile, jobless or too frightened to report on topics the Turkish government finds objectionable, the group said.

Other journalists who had been held in Turkish jails have been freed, because of shortened pretrial detention periods under new laws that grant appeals for convictions of offenses such as “propaganda for a terrorist organization,” which the group described as a frequent charge against journalists in Turkey.

“Dozens of journalists not currently jailed in Turkey are still facing trial or appeal and could yet be sentenced to prison,” the group said, while “others have been sentenced in absentia and face arrest if they return to the country.”

In China, at least 48 journalists are incarcerated, one more than in 2018, the group said, as Mr. Xi has “instituted ever tighter controls on the media.”

A crackdown in Xinjiang, where a million members of Muslim ethnic groups have been sent to internment camps, has led to the arrests of “dozens of journalists,” the group said, including some incarcerated for work they had done years ago.

The group found 16 journalists held in the reclusive sub-Saharan nation of Eritrea, including some who had not been heard from in nearly two decades.

Other countries on the group’s top jailers list include Vietnam, with 12 imprisoned journalists; Iran, with 11; Russia and Cameroon, with seven each; Bahrain and Azerbaijan, with six each; Syria with five; and Burundi, Rwanda and Morocco, with four each.

The group said it also had revised its 2018 list to 255 from 251, having belatedly learned of arrests, releases or deaths it had not known of a year ago.

The list is a snapshot of those incarcerated as of Dec. 1, and excludes the many journalists who are seized by the authorities and released throughout the year.

Based in New York, the Committee to Protect Journalists is a leading proponent of press freedom, and its advocacy work has helped lead to early release of at least 80 imprisoned journalists around the world since its founding in 1981.