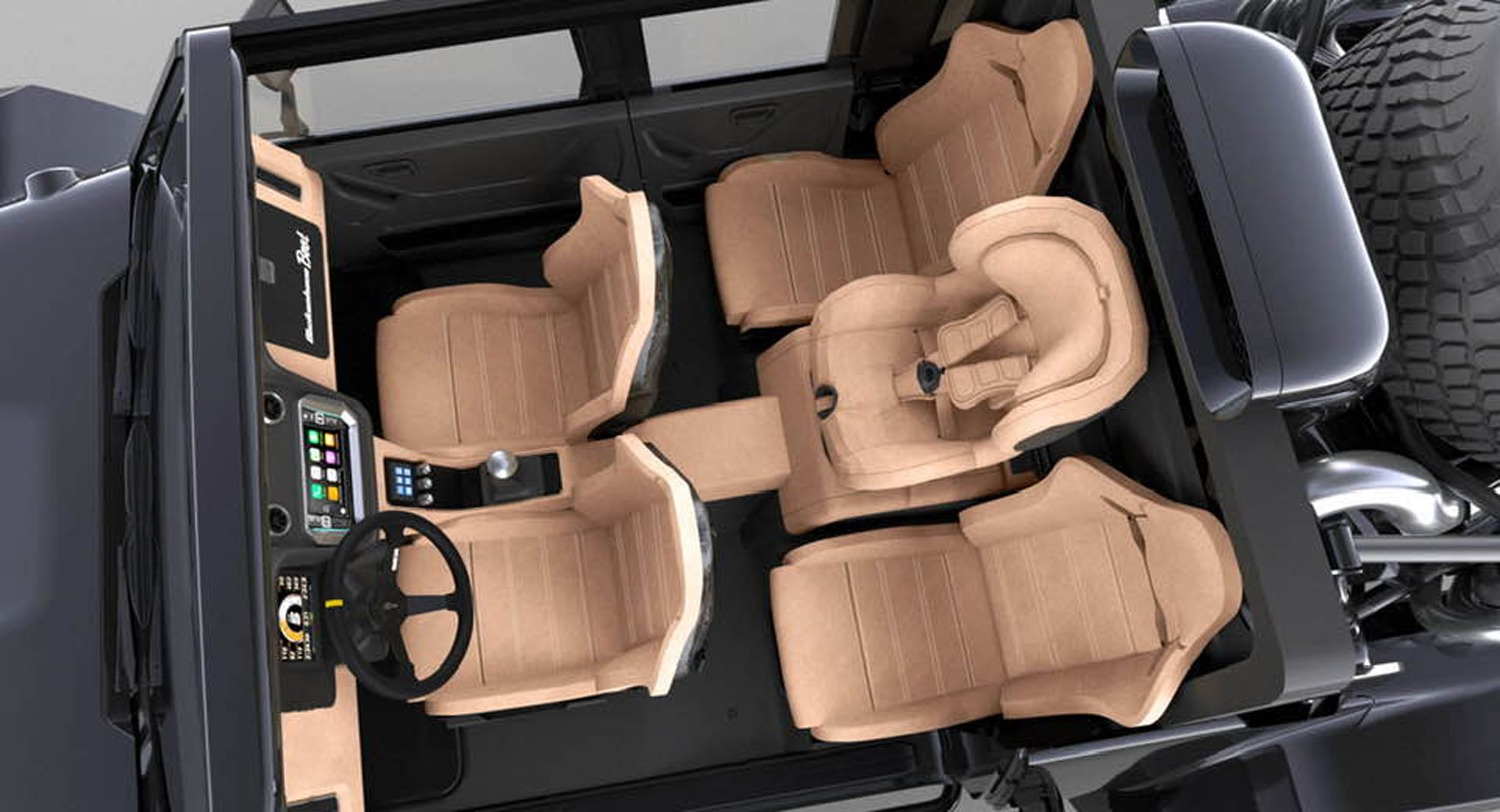 Scuderia Cameron Glickenhaus has released a set of images showcasing the intriguing interior design layout of the four-door Boot it will soon start building for customers.

Shortly after the Boot successfully completed the Baja 1000, the niche automaker has turned its attention to the production model. These photos reveal that the driver and front passenger seats will be squished together to the center, while the two full-size rear seats will be pushed out towards the flanks of the cabin.

Describing this layout on Facebook, James Glickenhaus said the company discovered during tests of the Boot that rear-seat passengers were prone to getting car sick with the front seats in their usual positions. As such, the decision was made to push the front seats together and to raise up the back seats to provide passengers at the rear with a clearer view out the windshield to help avoid car sickness.

Tweaked 4DR interior. The purpose of moving the front seats together is what we learned from pre-running. Without a…

SCG is also designing a bespoke baby car seat for the Boot that can be affixed onto the center console separating the two rear-seat passengers and will be available as an option.

Much like the race car, the road-legal Baja Boot will be fitted with a General Motors LT4 V8 pumping out an impressive 650 HP. Initially, customers will only have the option of a two-door model, but a four-door will be introduced at a later date. Pricing details have yet to be announced.