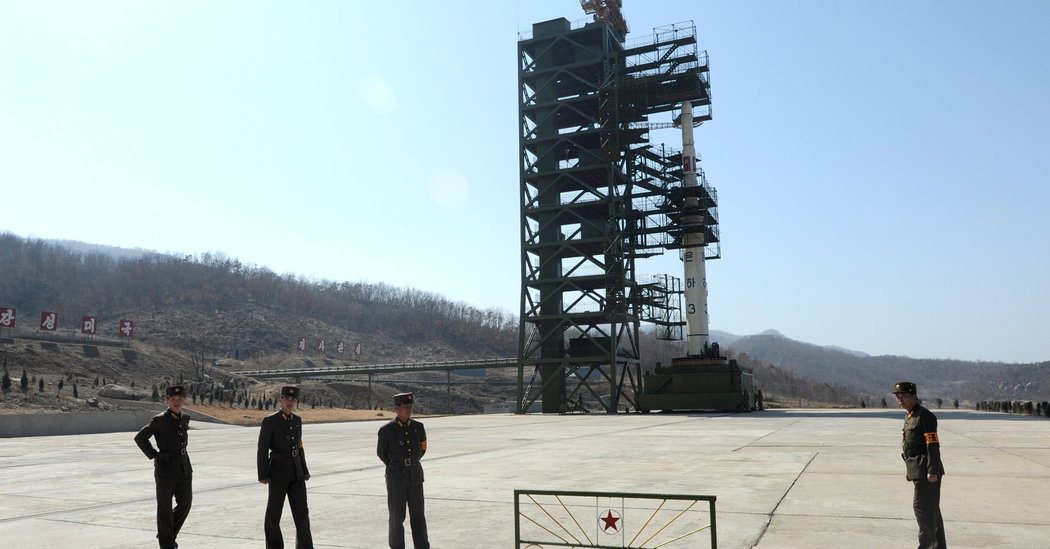 SEOUL, South Korea — North Korea said on Saturday that it had conducted “another crucial test” at a missile-engine and satellite-launching site, its second such test in a week as the country attempts to press the United States into further talks and new concessions. It declared that both tests would feed into its military’s nuclear program.

The test was successfully conducted on Friday night at the “Sohae Satellite Launching Ground,” a spokesman of the North’s Academy of Defense Science said. That was a reference to facilities in Tongchang-ri, near the North’s northwestern border with China, where it also said it had conducted a “a very important test” last Saturday.

South Korean officials have said that the earlier test was of an engine that could power either a satellite-carrying rocket or a ballistic missile. On Saturday, the North Korean spokesman offered no details on the latest test. But he said the successful results of both would “be applied to further bolstering up the reliable strategic nuclear deterrent” of North Korea, according to the North’s official Korean Central News Agency.

“Our defense scientists were greatly honored to receive warm congratulations” from the Central Committee of the ruling Workers’ Party, the North Korean spokesman said.

The North Korean announcement came a day before Stephen E. Biegun, Washington’s top envoy on North Korea, was scheduled to begin a five-day trip to Seoul and Tokyo to discuss how to deal with a Dec. 31 deadline that the North’s leader, Kim Jong-un, had set for Washington to return to the negotiating table with more concessions, including the easing of international sanctions.

In recent weeks, North Korea has repeatedly indicated that it would abandon diplomacy and could even resume provocative tests of weapons unless Washington met its year-end deadline. Mr. Kim is widely expected to use a meeting of his Workers’ Party’s Central Committee, scheduled for this month, and his annual New Year’s Day speech to reveal his new policy options.

The resumption of activities at Tongchang-ri, where a satellite was last launched in February 2016, has worried officials in Washington, Seoul and Tokyo because the site houses facilities to test rocket engines and launch satellite-delivery vehicles.

Although North Korea insists that its space program is peaceful, Washington and its allies said that the program was a front for efforts to build and test technologies for intercontinental ballistic missiles. A series of resolutions by the United Nations Security Council ban North Korea from testing ballistic missile technology.

In March 2017, North Korea successfully tested a high-thrust engine at Tongchang-ri that it used in intercontinental ballistic missiles, such as the Hwasong-14 and Hwasong-15, later that year. Analysts fear that North Korea might now be preparing to launch another long-range rocket carrying a satellite or even to flight-test a long-range missile.

The country conducted its last ICBM test from Pyongsong, north of Pyongyang, the North Korean capital city, in November 2017. Afterward, Mr. Kim declared a halt on all nuclear and ICBM tests and embarked on diplomacy with President Trump.

Mr. Kim met with Mr. Trump in Singapore in June 2018 and agreed to “work toward complete denuclearization of the Korean Peninsula” in return for “new” relations and security guarantees from Washington. After the Singapore meeting, Mr. Trump boasted that Mr. Kim had promised to dismantle the Tongchang-ri facilities as one of the first steps toward denuclearization.

North Korea started to dismantled the missile-engine test facility that summer, but then rebuilt it, after Mr. Kim’s subsequent meetings with Mr. Trump and negotiations between Pyongyang and Washington failed to resolve differences over how to implement the broadly worded Singapore deal.

North Korea has also resumed the test of mostly short-range ballistic missiles and rockets this year. Mr. Tump has largely dismissed such tests as involving weapons that do not directly threaten the United States.

If North Korea returned to launching satellites or testing ICBMs, it could seriously dent Mr. Trump’s foreign-policy credentials. Mr. Trump has repeatedly cited Mr. Kim’s self-imposed moratorium on nuclear and ICBM tests as one of his major achievements.