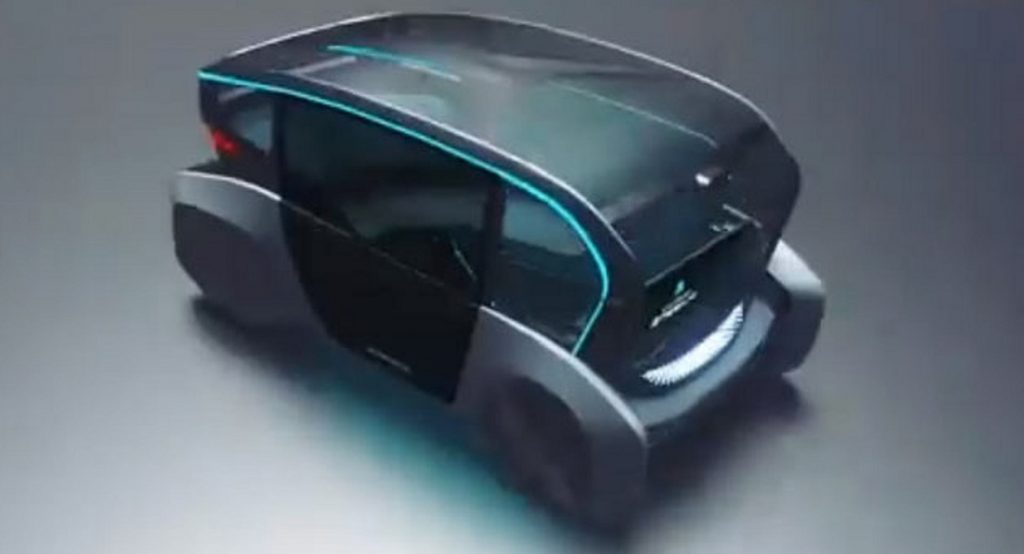 Hyundai is preparing to unveil a Personal Air Vehicle at CES, but Hyundai Mobis is going in a different direction as they will introduce the M.Vision S concept.

Billed as a more advanced version of last year’s M.Vision concept, the S is a fully autonomous concept car that embraces “shareable mobility.”

The company is keeping details under wraps, but the teaser video shows the M.Vision S concept is a pod-like vehicle with a glass roof, large windows and fully enclosed wheels. The clip also suggests the concept has four individual battery packs which can be swapped out when they’re low on charge.

Also Read: Hyundai Will Present Its Vision Of The Future At CES 2020

While Hyundai Mobis was coy on specifics, the company confirmed the concept has been outfitted with an assortment of cameras as well as radar and lidar sensors. The model also has “3D” taillights and a communication lighting system.

The latter is used to communicate with people when the concept is in autonomous driving mode. As an example, Hyundai Mobis said the car could show a smiling expression when operating autonomously and display messages such as “Go Ahead” to pedestrians waiting to cross the street.

Moving into the cabin, we can see a lounge-like layout that allows occupants to either work or relax. The interior also rearranges itself when people switch between autonomous driving and manual driving modes.

Other notable features include a Krell audio system and “virtual space touch technology.” The latter allows passengers to make gesture to pull up favorite movies or music when the car is in autonomous driving mode.

While the concept won’t be going into production, Hyundai Mobis said they’re planning to begin mass production of a Level 3 semi-autonomous driving system in 2021.