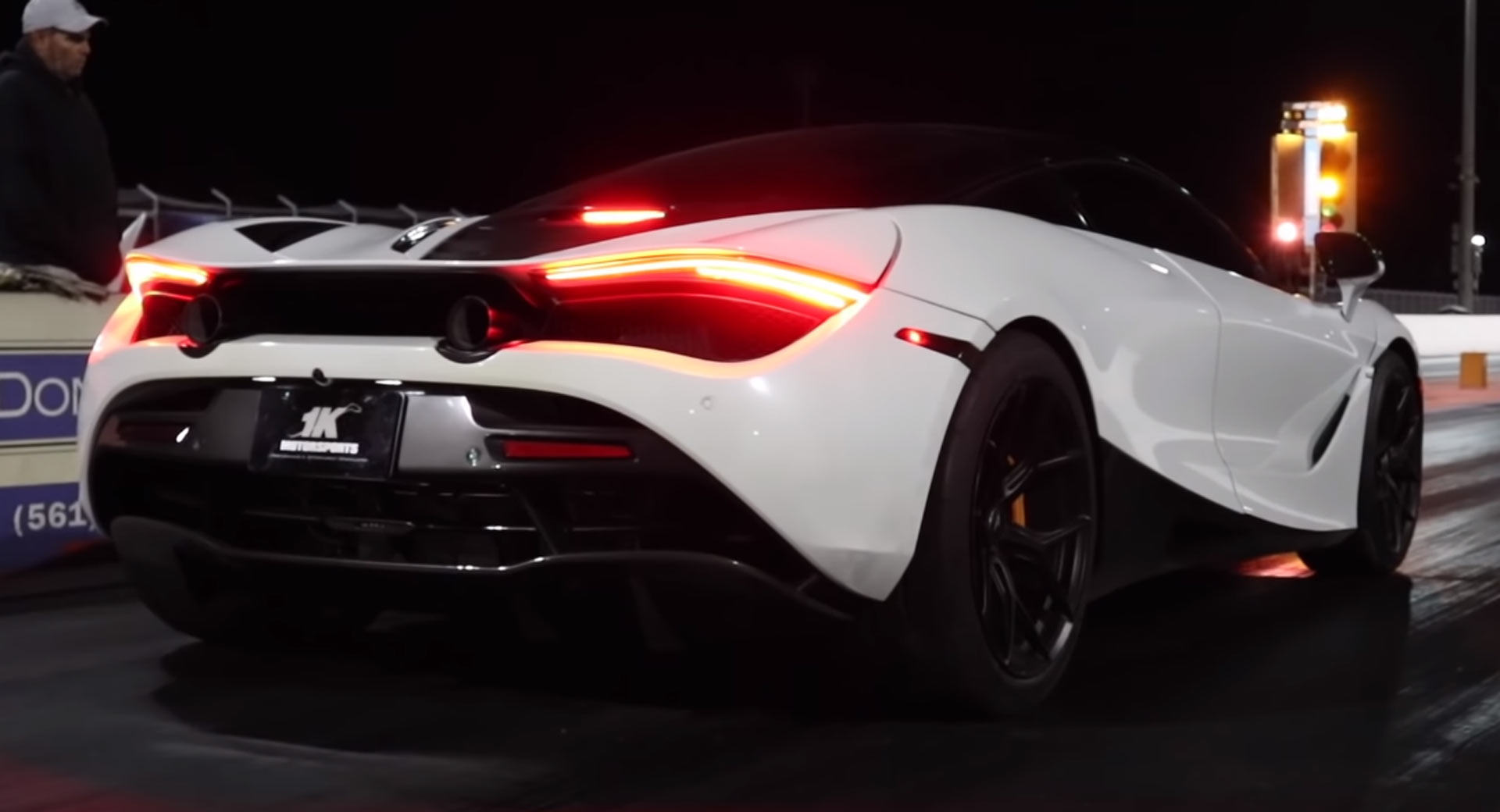 We all know that the McLaren 720S is an absolute animal in a straight-line and in the U.S, there are now some examples capable of running quarter-mile times in the 8-second range with just a handful of modifications.

Drag Times recently headed out to a drag strip to put some of the nation’s quickest 720Ss to the test and the acceleration figures that we’re starting to see from McLaren’s mid-range supercar are truly phenomenal.

There are two McLarens of particular interest in this video. The first, painted gloss black, features aftermarket downpipes, a custom tune, and is running on a set of Toyo R888R tires. At the rear wheels, it is producing almost 900 hp and during a recent session at the drag strip, set a best quarter-mile time of 8.999-seconds at 159.83 mph.

A second McLaren 720S also hit the drag strip on the same night. This example is painted white and features a full exhaust system, a tune, and rolls on sticky Mickey Thompson tires. Its best time sits at 8.849-seconds at 156.60 mph. Both of these McLarens can hit 60 mph (96 km/h) in under 2 seconds with a perfect launch.

From the moment customer deliveries of the 720S kicked off in 2017, it was clear that the British marque had understated horsepower and torque figures from the 4.0-liter twin-turbocharged V8 engine. Now, just a couple of years later, owners are achieving quarter-mile times roughly 1 second faster than a Bugatti Chiron with no mechanical engine modifications and just a tune and exhaust system.