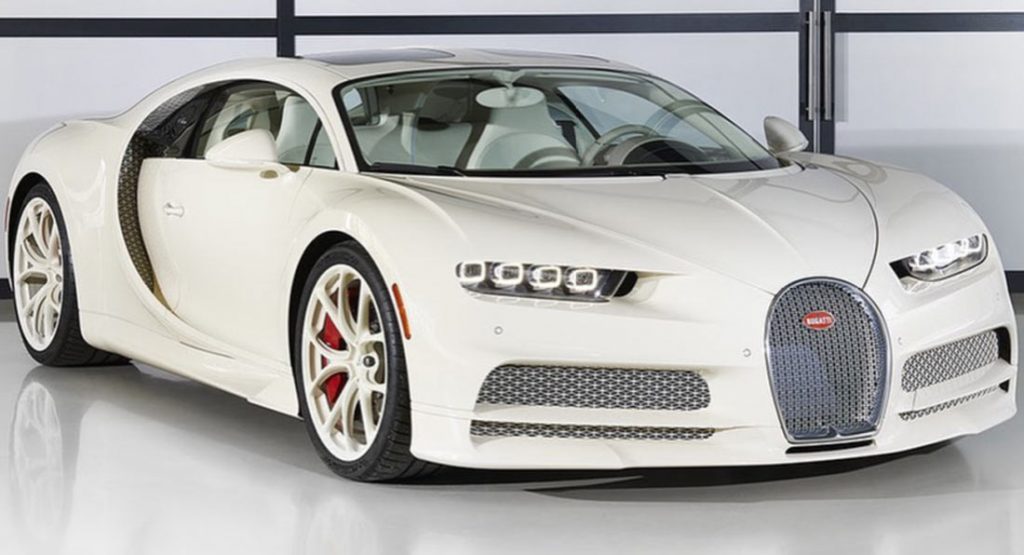 Shortly after being teased while on the factory floor, the Bugatti Chiron Hermès Edition has been officially presented to the world.

If you’ve read the original story, then you might remember that the Chiron Hermès Edition was commissioned by noted car collector Manny Khoshbin and will soon be delivered to the U.S.

Work on the car began in 2016 and the car went through a series of iterations on Bugatti’s configurator before Khoshbin decided it would look best painted in Hermès Craie (chalk white). In addition, the French hypercar includes a distinctive grille with a bespoke Hermès pattern. The underside of the rear wing also incorporates a Hermès Courbettes horse pattern and the entire rear bumper has been painted to match the rest of the car’s exterior finish.

What Money Buys You: This Bugatti Chiron Was Created With The Help Of Hermes

Bugatti and Hermès also collaborated on the car’s interior. It features special leather from the luxury goods manufacturer and includes a horse pattern across the door panels. There’s also a special badge reading “Dressed by Hermès” to remind Khoshbin that he drives a Chiron unlike any other on earth.

In pictures shared by Bugatti, the hypercar’s ugly U.S.-spec rear bumpers are visible, but in a recent video, Khoshbin said he would remove them immediately when the car is delivered.

This isn’t the only hypercar that Khosbhin owns with Hermès touches. A few years ago, he convinced Pagani and Hermès to team up to create a one-off Huayra for him. The collector is also having McLaren and Hermès collaborate to build his perfect Speedtail, set to arrive sometime early in the next decade.