The new, second generation of BMW’s 4-Series Convertible has been spied again by our man with the telephoto undergoing testing in Europe.

A challenger to the open-top versions of the Audi A5 and Mercedes-Benz C-Class, the soft-top 2021 BMW 4-Series Convertible will try to lure buyers in with sleeker styling that draws on the latest 8-Series.

The prototype pictured here wears production lights at both ends, with LED tech, which were inspired by its larger sibling mentioned above. The Russian doll design isn’t as obvious beyond the head and taillights, but another feature that will set it apart from its predecessor is the kidney grille. The heavy camo and plastic cladding up front do a good job hiding its size, yet if there’s one thing that’s certain, is that it will be a lot more prominent. 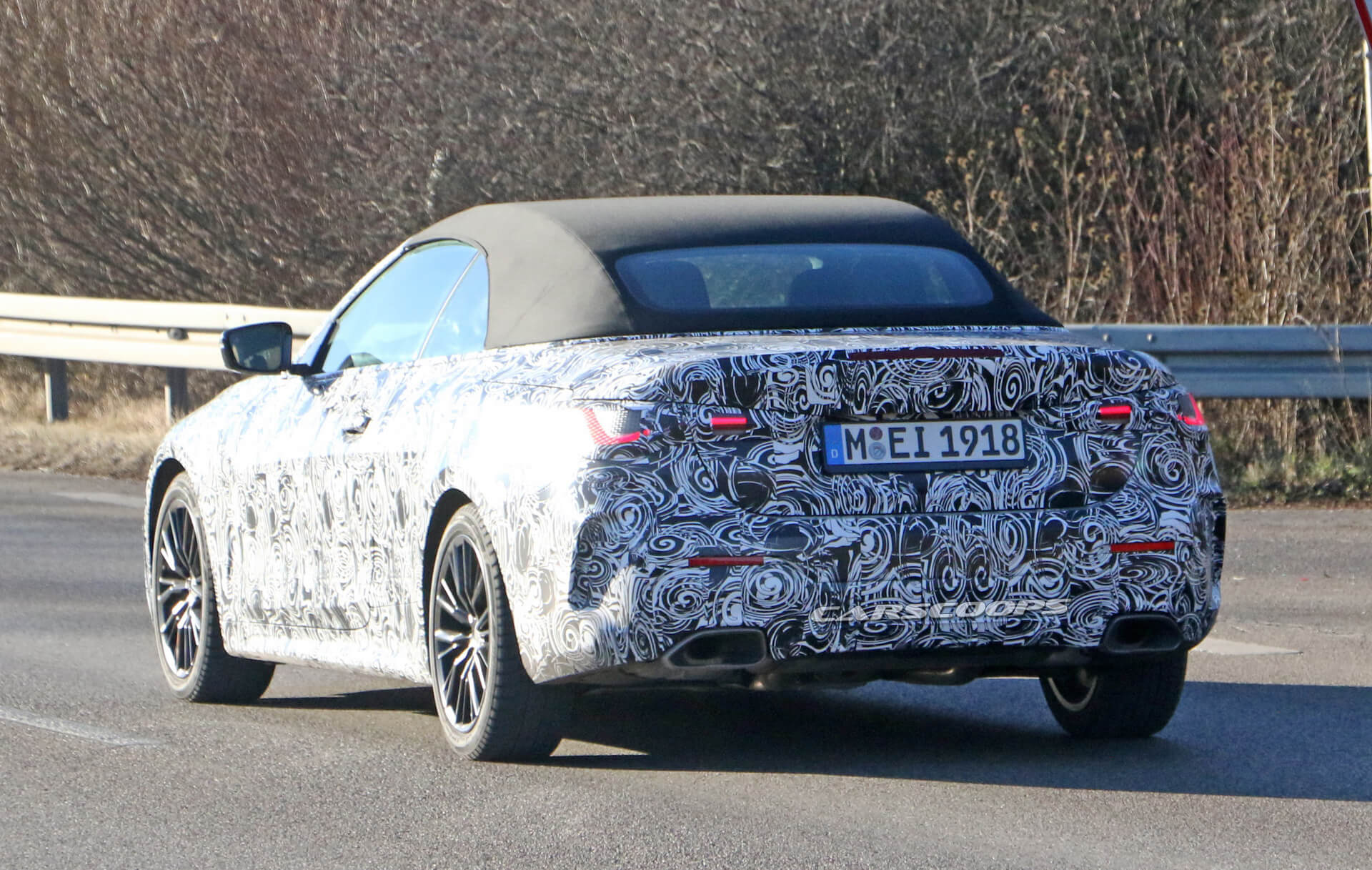 It’s difficult to tell the model, but the front bumper is slightly different compared to another prototype we recently spied resting on the back of a trailer. The rear bumper sports a different design too, and so does the diffuser with larger tailpipes.

As with the coupe 4 Series, the Convertible, which will drop the folding hard-top roof of the current model in favor of a lighter and space-saving cloth solution, rides on a  modified version of the latest 3 Series’ aluminum-intensive CLAR platform architecture. Both the coupe and cabrio will feature wider tracks and lower, wider bodies than the 3 Series sedan, something that will benefit both their stance and handling.

The engine range will largely mirror that of the newest 3er offering a variety of 2.0-litre four-cylinder and 3.0-litre six-cylinder turbo powerplant, including the 420i, 430i and M440i xDrive gasoline models and the 420d and 430d diesels for markets outside North America. In the States and Canada, we’ll likely get the four-cylinder 430i and six-cylinder M440i xDrive only.

With the testing phase about to be completed, we wouldn’t be surprised if BMW decides to present it in the first half of the year and then display it for the public to see at a major auto show. The regular models will be unveiled first, while the range-topping M4 will follow, likely just before the end of 2020 or early next year.