The all-new 2020 SEAT Leon is preparing for its January 28 world debut with an artistic camouflage.

Just days before its global premiere, the fourth-generation SEAT Leon will be displayed wearing a full body wrap inspired by Modernism and the city of Barcelona. For the 20 square meters (215 sq ft) of special cast vinyl, SEAT designers took inspiration from the broken tile technique (trencadís in Catalan).

“The new SEAT Leon has a lot of personality and is very difficult to camouflage because it’s a sculpture on wheels that expresses SEAT’s emotional nature,” says Jordi Font, head of SEAT’s Color&Trim Development. “The Leon was born here and because of the special relationship we have with Barcelona, we looked to the city for inspiration” he added. 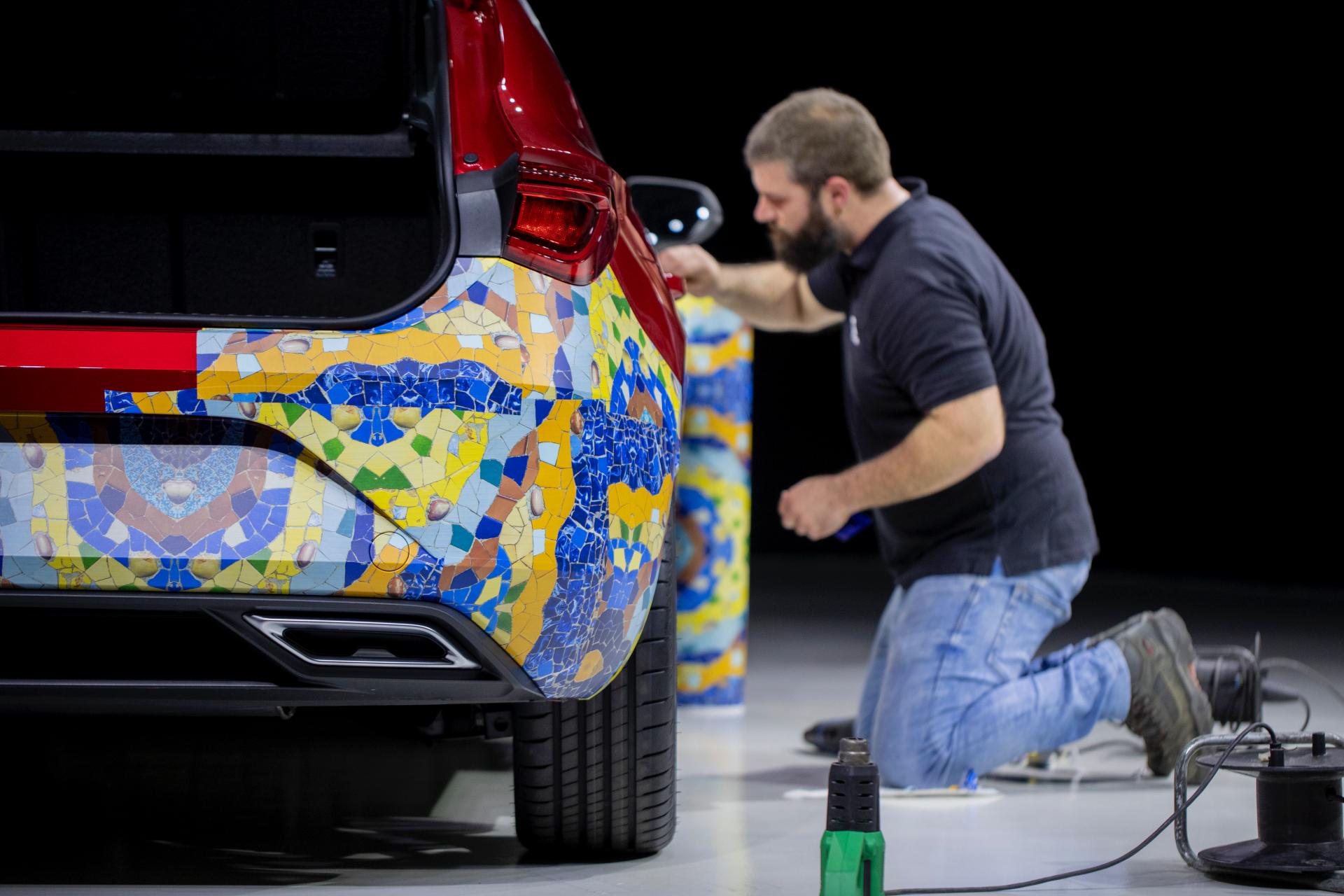 As the new wrap marks the first time SEAT didn’t use conventional camouflage, it was quite a challenge. That’s because the main goal still remains to distort the shapes of the car. “We worked on several versions to blur the lines but send a clear message – that we are Barcelona, that we are Mediterranean, and that we are colourful. We want to give meaning to our sculpture” Jordi adds.

According to the designer, the most complicated sections to cover with vinyl are the mirrors and the parts with curves and spoilers. Furthermore, the most critical areas that have to be concealed include the headlights, the shape of the taillights and the tension lines.

As you can see in the photos, the designers did a pretty good job of concealing the 2020 Leon’s design. Still, we can spot some details including the outer part of the taillights, a section of the sporty rear bumper featuring flat tailpipes, the door-mounted side mirrors and cursive ‘Leon’ lettering on the tailgate.