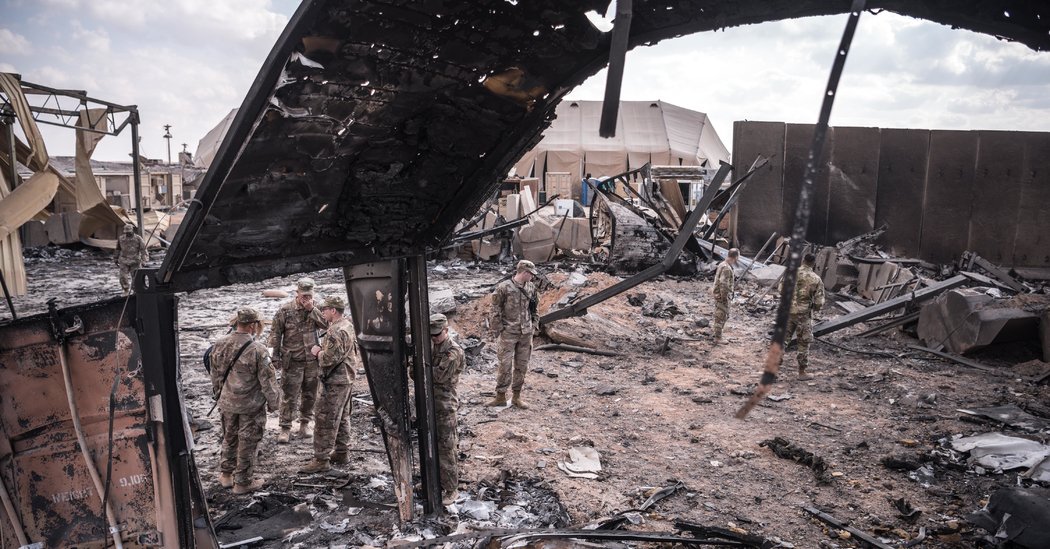 Pentagon spokesman Jonathan Hoffman told a news conference that eight of the affected service members have returned to the United States from an American military hospital in Germany.

Mr. Trump on Wednesday dismissed concussion symptoms felt by the troops as “not very serious,” even as the Pentagon acknowledged that a number of American service members were being studied for possible traumatic brain injury caused by the attack.

“I heard they had headaches,” Mr. Trump told a news conference in Davos, Switzerland. “I don’t consider them very serious injuries relative to other injuries I have seen.”

The comments of the president, who avoided the Vietnam War draft thanks to a diagnosis of bone spurs, drew swift criticism from veterans groups.

Traumatic brain injuries result from the powerful changes in atmospheric pressure that accompany an explosion like that from a missile warhead.

The missiles were launched by Iran in retaliation for the killing of a top Iranian general, Qassim Suleimani, by an American drone strike in Baghdad on Jan. 3. The Trump administration at first said that there were no injuries from the Iranian attack on American troops.

Pentagon and military officials said subsequently that any delay in reporting the injuries was because it took time for the information to work its way up the chain of command to leaders in Washington. Officials also noted that symptoms from brain injuries do not always appear immediately.

Of the 34 service members diagnosed with traumatic brain injuries, 17 were flown by medical evacuation aircraft to Germany. Nine remain in the military hospital there, while the others were flown to the United States.

One person was taken by medevac to Kuwait. Sixteen service members were treated for traumatic brain injury in Iraq and have returned to duty, officials said.