Published on the Octavia Club forum, the images show the Octavia RS will feature a blacked out grille and a more aggressive front bumper with prominent air intakes. We can also see new fog lights and a front splitter.

The styling changes continue further back as the models have black mirrors and dark window surrounds. There are also sporty side skirts and stylish wheels which are backed up by a high-performance braking system with red calipers.

Out back, the changes are less pronounced but include a new rear bumper and a dual exhaust system. The sedan gains a rear spoiler, while both models have a new reflector that spans nearly the entire width of the vehicle.

Interestingly, there are some discrepancies from the VI RS logo that was unveiled earlier today. In the official picture, the badge appeared on the left side of the car and featured the ‘VI’ in red while the ‘RS’ was in black.

On these pictures, the badge is on the right of the car and the ‘V’ is black, while the “I” is red. The ‘RS,’ on the other hand, is chrome. 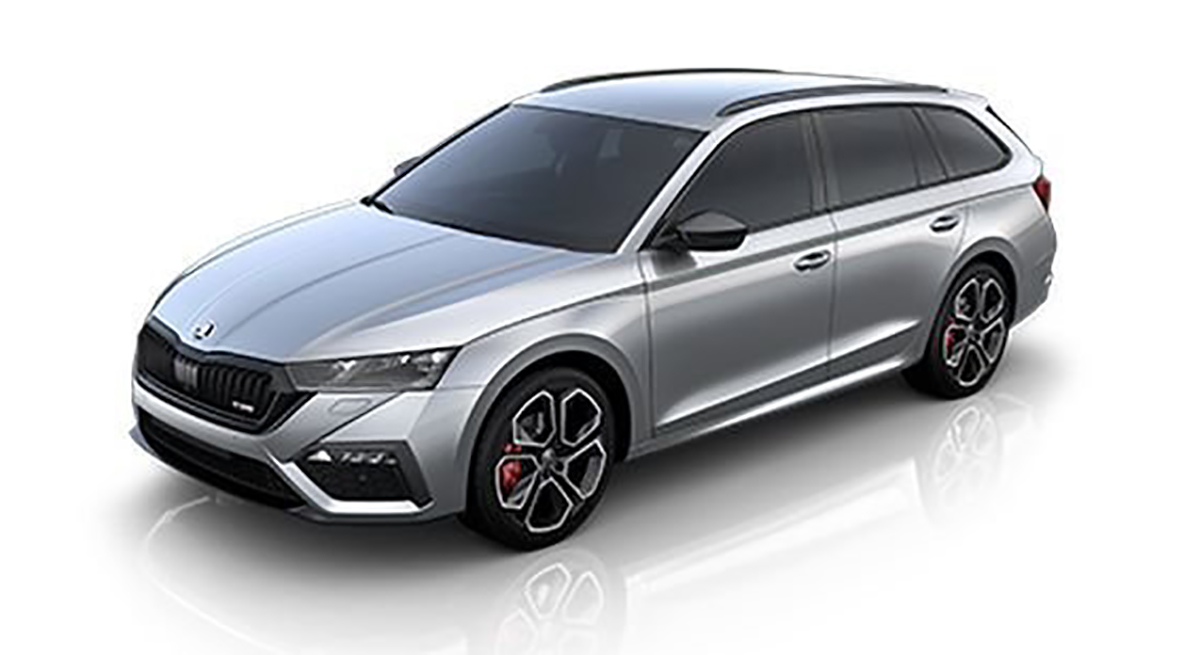 That’s a pretty minor difference and it’s possible Skoda is using two badges to differentiate between the conventional and plug-in hybrid variants. That remains to be seen, but the PHEV will have a 1.4-liter TSI petrol engine and an electric motor that is powered by a 13 kWh battery pack. This setup will give the car a combined output of 242 hp (180 kW / 245 PS) and 295 lb-ft (400 Nm) of torque. It will allow the model to accelerate from 0-62 mph (0-100 km/h) in around seven seconds and travel up to 35 miles (55 km) on electricity alone.

The conventional variants are expected to have 2.0-liter petrol and diesel engines. The former should have a similar output to the plug-in hybrid, while the diesel is expected to develop around 197 hp (147 kW / 200 PS). 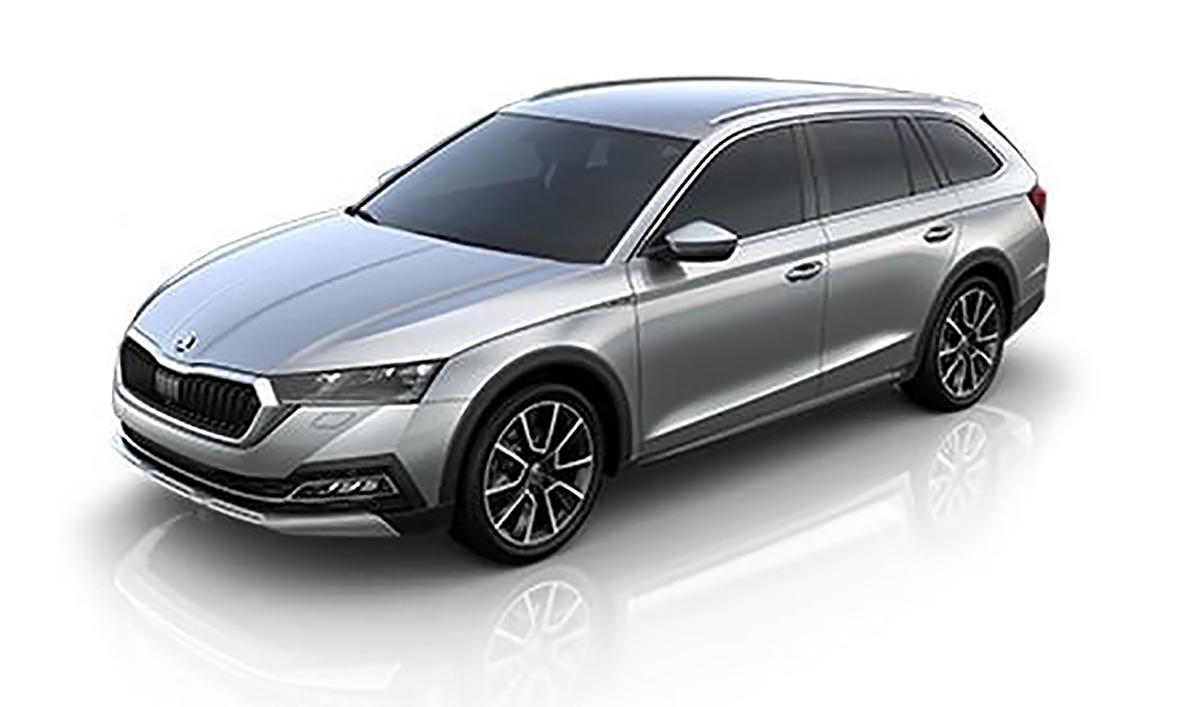 The Octavia Scout is far less extreme as it closely echoes the standard wagon. However, it has been given a rugged makeover thanks to plastic body cladding and a faux aluminum skid plate.

Engine options should include the usual suspects and there will likely be an extra 0.6 inches (15 mm), or so, of ground clearance.