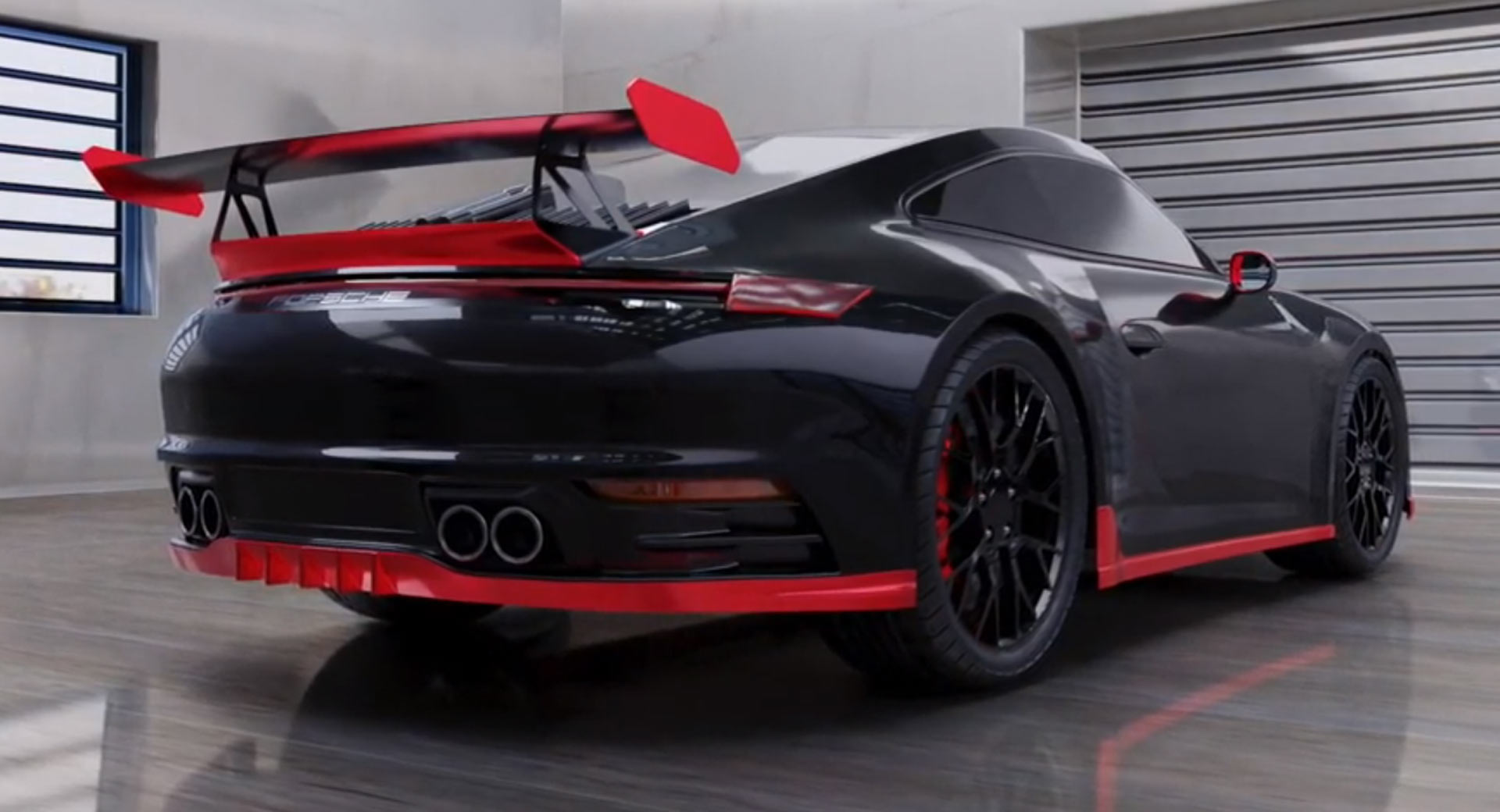 Exotic car tuner DMC has previewed a new upgrade package it is developing for Porsche’s latest 911 Carrera through a series of 3D digital renders, which aren’t of the best quality.

Dubbed the Emozione GT, the program covers a host of visual and performance modifications to make the German sports car stand out. As previewed here, the exterior kit includes a customized front bumper and splitter, a set of aftermarket black wheels, red side skirts, and a tweaked rear fascia that includes a sharp diffuser and a towering rear wing similar to the previous-gen 911 GT3 RS.

DMC has created some rather wild bodykits for supercars in the past, including for the likes of the Lamborghini Huracan, Aventador, and the McLaren 720S. Compared to those bodykits, its 911 Carrera S Emozione GT is quite restrained, not that that is a bad thing.

To make sure the 911’s performance matches its distinct looks, the tuner has worked to upgrade the twin-turbocharged 3.0-liter flat-six engine. Without clarifying if it applies to the regular 385 PS (380 HP) and 450Nm (332 lb-ft) Carrera or the 450 PS (443 HP) and 528 Nm (390 lb-ft) Carrera S, DMC says the new ECU increases those figures up to 503 hp and 608 Nm (449 lb-ft) respectively. DMC has also engineered a new exhaust system for the Carrera S that comes complete with quad tailpipes while promising to provide a more intoxicating note.

DMC says the added grunt will see the car hit 100 km/h (62 mph) in 4.1 seconds but again doesn’t specify what 911 variant that number is for. However, considering the Carrera S hits 100 km/h in 3.7 seconds or 3.5 seconds with the Sport Chrono Package, we suspect either the quoted 0-100 km/h time is wrong or the tuner is referring to the ‘regular’ 911 Carrera.

The company has yet to announce pricing details for its upgrade package although we expect the visual modifications to be made available for a handful of 911 models, not just the Carrera.