Three-row crossovers and SUVs have exploded in popularity, but Jeep hasn’t sold one in the United States since the Commander went out of production in 2010.

That’s about to change as spy photographers have snapped pictures of an all-new three-row crossover which is slated to go into production later this year.

Little is known about the vehicle, but it resembles the next-generation Grand Cherokee and will be heavily influenced by that model. Despite the similarities, there are some notable differences as this crossover is significantly longer. 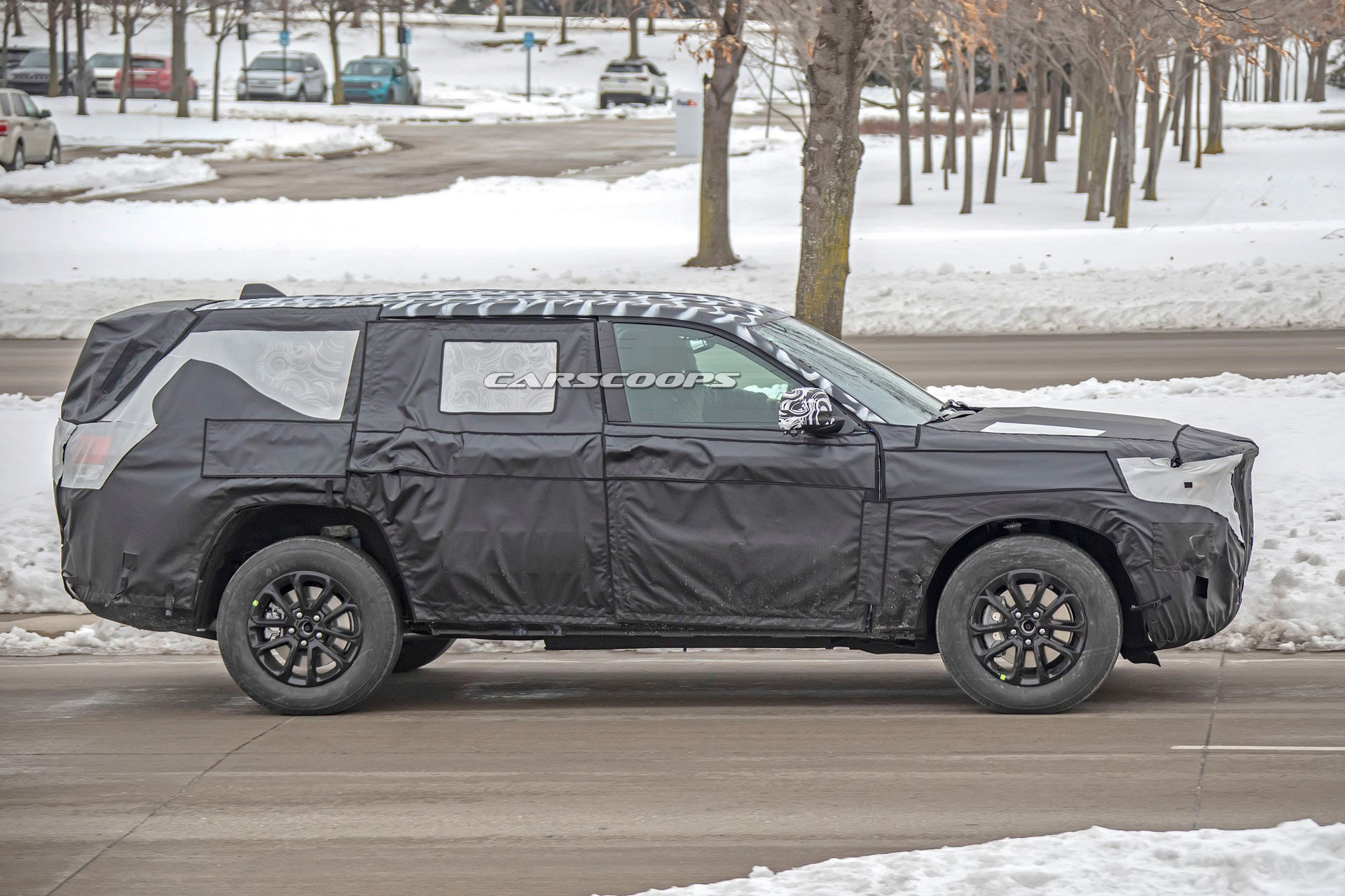 Besides the extra length, the model has a rerouted exhaust system which sees the mufflers pushed to the outside edges. This is a minor change, but it was necessary to accommodate the spare tire and fold-flat third row seat.

Since the model is essentially a seven-seat Grand Cherokee, we can expect it to ride on a modified version of Alfa Romeo’s Giorgio platform. There should also be a host of familiar engines including a 3.6-liter Pentastar V6 and a 5.7-liter Hemi V8. There will also be a plug-in hybrid variant, but little is known about it.

One thing we do know is that the vehicle will likely eschew the Grand Cherokee name. In an interview last year, FCA CEO Mike Manley suggested the Grand Cherokee is an “icon” and he’d be “crucified” if he applied the moniker to seven-seater.

In the same interview, Manley also revealed he expects the three-row crossover to be more popular than the Grand Cherokee. As he explained, approximately 60% of the E-Segment is dominated by three-row crossovers and the new model will “open up that part of the segment for us.”