Ford faced immediate backlash after suggesting an electric crossover could be called the Mach 1. The company later backtracked and named the model the Mustang Mach E, but they apparently haven’t given up on the idea of reviving the Mach 1.

Caught undergoing testing in Michigan, this high-performance Mustang has a revised grille that features honeycomb mesh inserts and angular accents similar to those used on the Shelby GT350. Further below, we can see a prominent splitter, restyled fog lights and updated air intakes.

Moving further back, the prototype has stylish wheels which are wrapped in Michelin Pilot Sport rubber. They’re backed up by a high-performance Brembo braking system with red calipers. 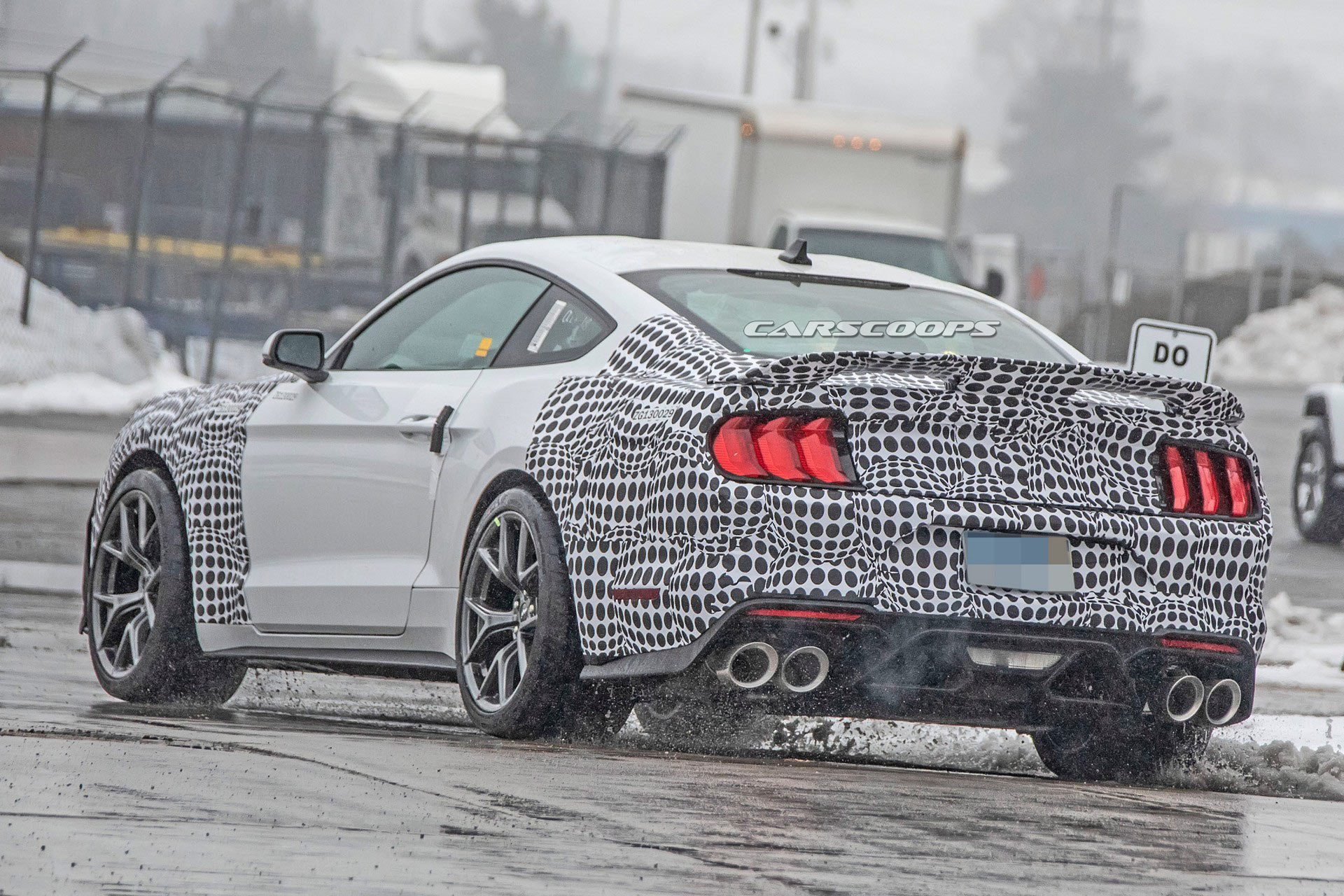 The sporty styling continues out back as the model has been equipped with a unique diffuser and rear wing. Last but not least, there’s a throaty four-tailpipe exhaust system which made a “mellifluous V8 soundtrack … as the prototype ran for cover.”

Ford is staying tight-lipped about the model, but speculation has suggested the Mach 1 could replace the Bullitt and be positioned as a high-performance model that slots in between the GT and GT350.

The Mach 1 is expected to join the Mustang lineup for 2021, so expect it to be introduced at an auto show later this year.