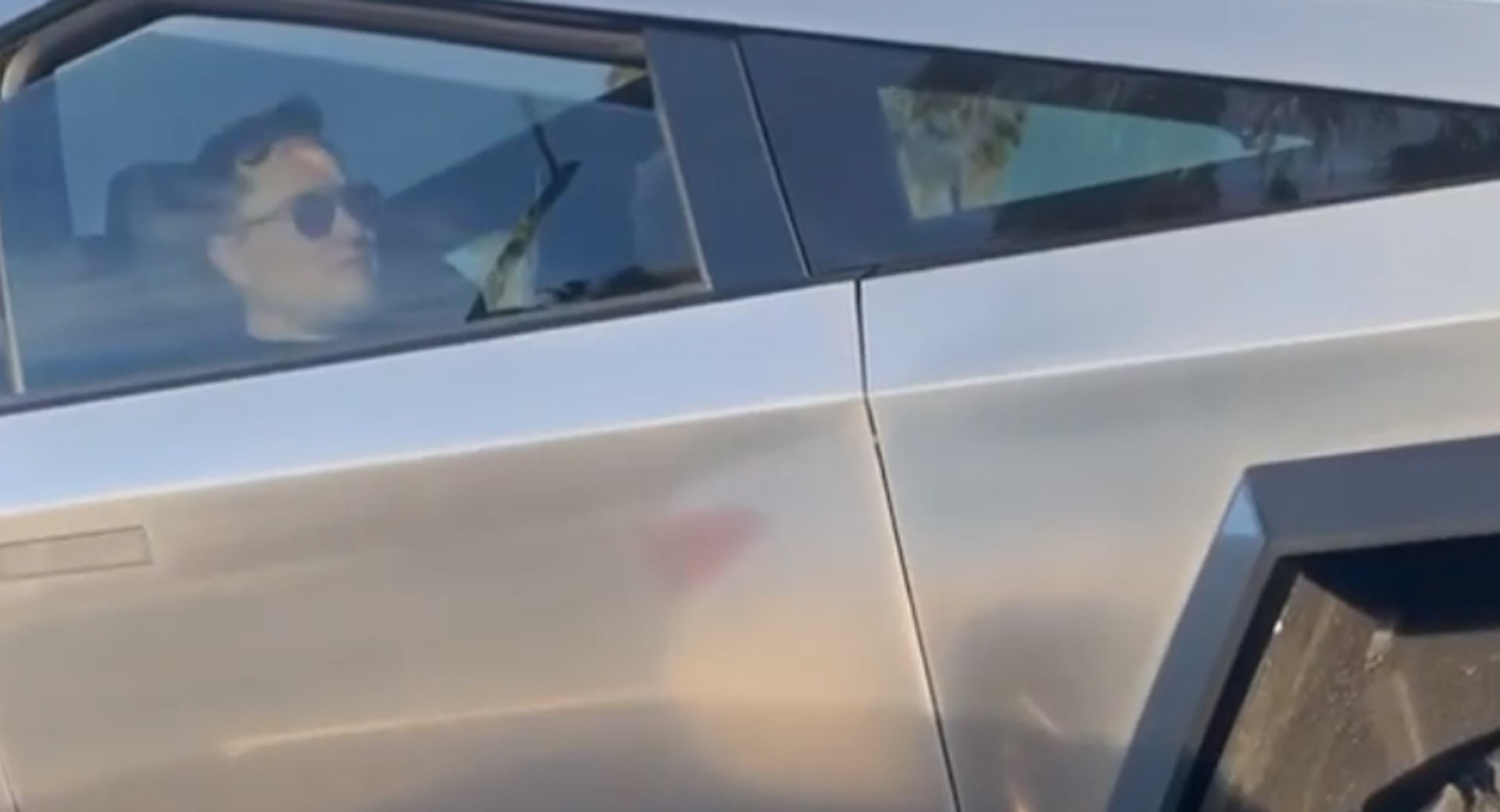 Tesla chief executive Elon Musk has been filmed riding shotgun in a Cybertruck through Los Angeles with none other than Jay Leno behind the wheel.

Instagram user gorgeouserika was fortunate enough to see Musk and Leno waiting at a red light and quickly pulled out her phone to film them. Musk seemed rather chuffed to be spotted in the passenger seat and gave the woman a sly smile and a wave.

As the Cybertruck accelerates, we can see there’s a film camera mounted to the inside of the windshield. Trailing the truck was a silver Tesla Model 3.

Teslarati reports that much of the filming for the forthcoming Jay Leno’s Garage episode featuring the Cybertruck has taken place at the Tesla Design Center in Hawthorne, California. It is claimed that the episode will also feature the Tesla Model Y, arguably the car manufacturer’s most important new model if it wants to establish as one of the market’s leading brands.

Leno last featured Tesla on his show back in 2018 when he explored the new-age Roadster with Tesla chief designer Franz von Holzhausen. That segment was filmed for Jay Leno’s Garage on CNBC rather than the YouTube series. Here’s hoping the new episode starring the Cybertruck and Model Y is published on YouTube so it’s accessible to as many people as possible.